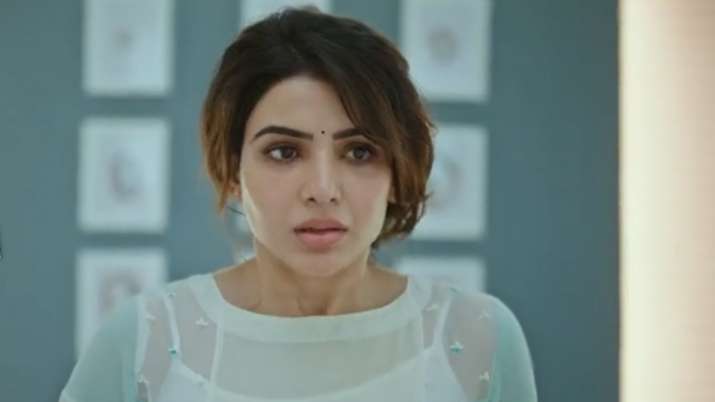 
Yashoda teaser out: Samantha Ruth Prabhu’s upcoming sci-fi thriller ‘Yashoda’ is one of the most anticipated films of the year. After a long wait, on Thursday, the makers dropped the teaser of the film. By introducing Samantha’s role in the first glimpse video, the creators have piqued everyone’s interest by building anticipation for ‘Yashoda’s story.

The actress took to her Instagram handle and shared the intriguing first look. Sharing the clip, she wrote, “Very excited to present to you the first glimpse of our film.”

Samantha, who is seen waking up to see a new world in the first scene of ‘Yashoda,’ is actually trapped in a maze. She is discovered in a luxurious room, with all of her needs met, except that she is the only one in that large room, with no connection to the rest of the world.

The first trailer for ‘Yashoda,’ starring Samantha, has generated a lot of buzz despite the fact that the ‘Majili’ actress hasn’t said a single dialogue. Fans were quick to react to the teaser and showered their love in the comments section. One of the users wrote, “Ohhhhhhhhhhhh wowwwww! Marvellous yar.” Another commented, “Maze runner vibes.”

Samantha Ruth Prabhu’s first pan-Indian film, ‘Yashoda,’ also stars Unni Mukundan, Varalaxmi Sarathkumar, and others. ‘Yashoda’ directed by Hareesh Narayan and Hari Shankar, will be released in Telugu, Tamil, Hindi, Kannada, and Malayalam. It is set to be released on August 12, is classified as a sci-fi thriller.