BISHOPENTERTAINMENT
HomeENTERTAINMENTYash is showered with kisses as he celebrates KGF 2 success with... 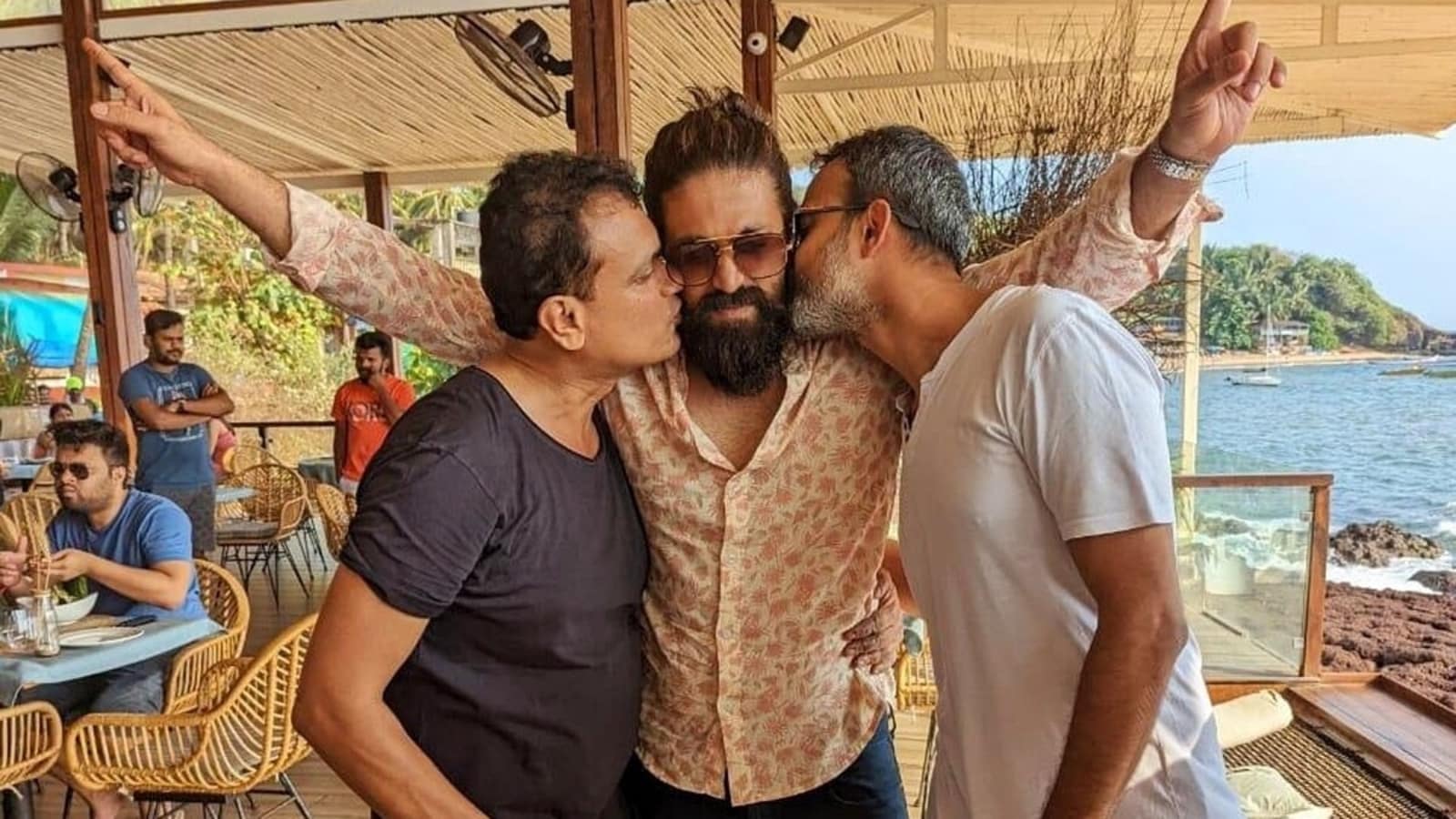 As KGF Chapter 2 recorded impressive numbers at the box office and turned out to be a hit, actor Yash joined his team for a celebration. The actor celebrated in the company of director Prashanth Neel and producer Vijay Kiragandur as they all basked in the film’s success. A picture of the three of them hints at a party on the beachside. Also read: Raveena Tandon celebrates KGF Chapter 2 success with a surprise party from daughter Rasha. See pics

The distributor of the film, Hombale Films’s official Twitter page, shared two pictures of the KGF team. A picture shows Yash in a printed orange shirt and denim shorts, sandwiched between director Prashanth Neel and producer Vijay Kiragandur as they kiss him on his cheeks. The background hints at a beachside deck at a scenic location. A cake is also seen kept on a table in front of them. It has ‘KGF Chapter 2’ and ‘It’s just the beginning’ written on it.

Interestingly, the trio had celebrated the success of KGF: Chapter 1 in an identical fashion four years ago, something that fans pointed out in their replies to the tweet.

KGF: Chapter 2 released in Kannada as well as Hindi, Telugu, Tamil and Malayalam. The Hindi version of the film has crossed ₹300 crore in 11 days. The film had made ₹50 crore on day one and went on to cross major benchmarks each day. The global box office gross of the film is over ₹800 crores.

The film also stars Sanjay Dutt, Raveena Tandon, Srinidhi Shetty and Prakash Raj. Recently, Raveena’s daughter Rasha also hosted a surprise celebratory lunch for the actor. Raveena was joined by Rasha, husband Anil Thadani and son Ranbir for the lunch. Sharing a few pictures from the same on Instagram, Raveena wrote, “Sunday celebratory lunches be like this ♥️♥️ thank you @rashathadani for this beautiful surprise!”

Last week, Amul had also congratulated the team of KGF: Chapter 2 through its latest topical advertisement, featuring Yash. The topical featured Yash as his character Rocky — an orphan who rises from poverty to become the king of a gold mine in the Kolar Gold Fields, a mining region in Karnataka — posing with his bike, holding a slice of bread smeared with Amul butter.