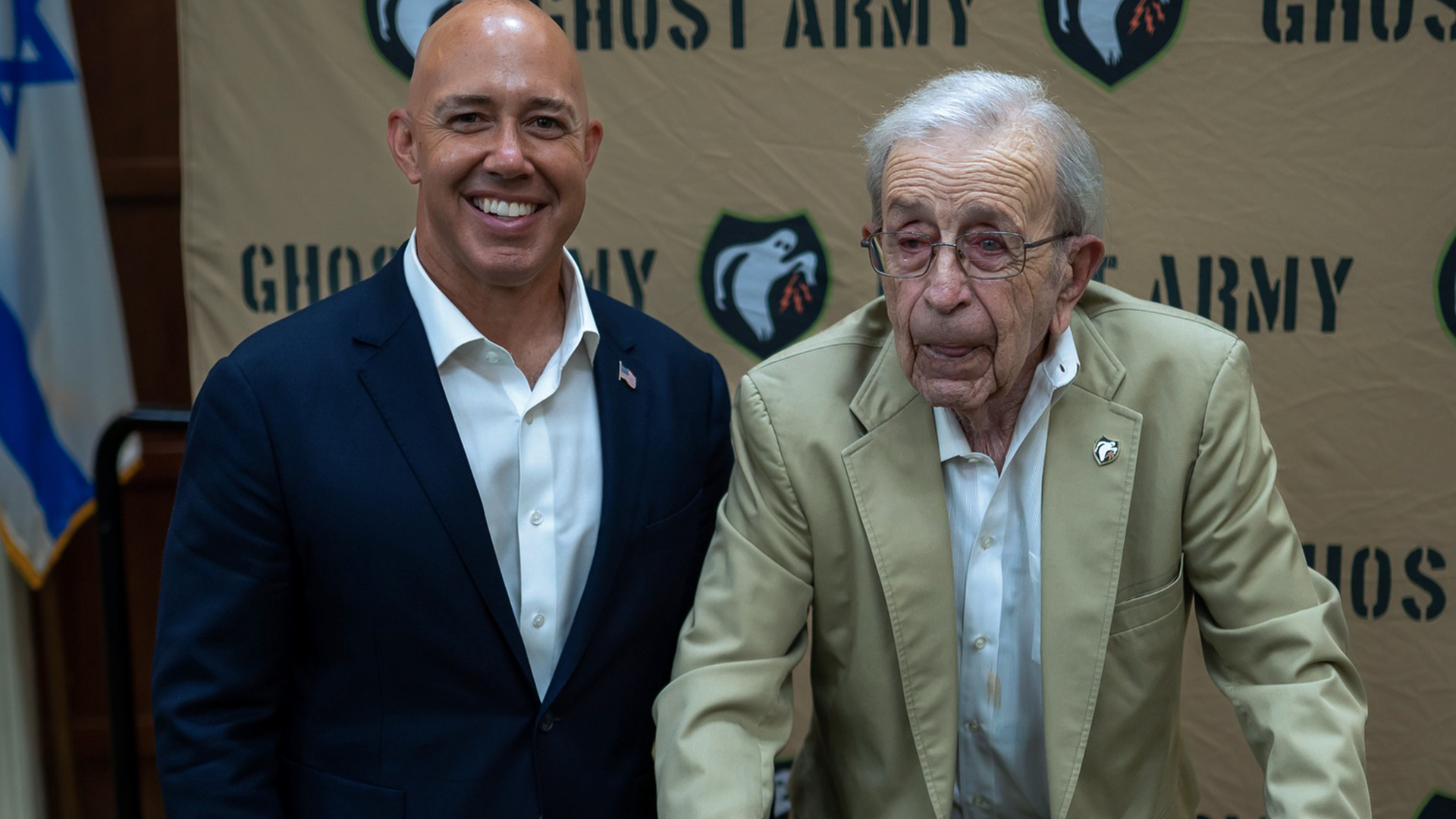 A World War II veteran was awarded a big U.S. honor this past weekend for his service in the “Ghost Army,” a top-secret unit in the U.S. Army credited with playing a key role toward the ultimate Allied victory.

WPBF-TV reports Manny Frockt was a member of the covert unit that used deceptive tactics to fool the German Army on the battlefield.

The “Ghost Army” was the code name for the special unit that used inflatable tanks, planes, artillery, sound effects, and their imagination to fool the Germans, according to the Ghost Army Legacy Project. They also broadcast fake radio and Morse Code transmissions to help fool the Nazis into believing the unit had a phony headquarters staffed by fake generals in order to draw the enemy away from Allied troops.

Inflatable rubber tanks were just one of the many deceptions the Ghost Army used against the German Army during World War II. (Screenshot credit: Live Science/YouTube)

The “Ghost Army” was one of the Allies’ greatest achievements in deceiving the enemy, but also remained one of World War II’s greatest secrets for more than 51 years after the war ended.

The men of the 23rd Headquarters Special Troops and the 3133rd Signal Company Special saved thousands of lives and were finally recognized last February when President Biden signed a bill awarding the unit the Congressional Gold Medal.

On Saturday during a special ceremony, Frockt, 97, a resident at Tradition at MorseLife Assisted Living in West Palm Beach, was recognized, according to WPBF.

The outlet reported U.S. Rep. Brian Mast (R-FL), also an Army veteran, spoke about Frockt and his unit’s participation in the war.

The congressman presented Frockt with a copy of the bill signed by President Biden awarding his unit the gold medal.  Frockt will receive his own medal soon, WPBF reported.

“I’m proud to be a part of that very small portion of what we owe you, sir, and I couldn’t be more proud that you’ll be presented with the Congressional Gold Medal,” Mast told Frockt.