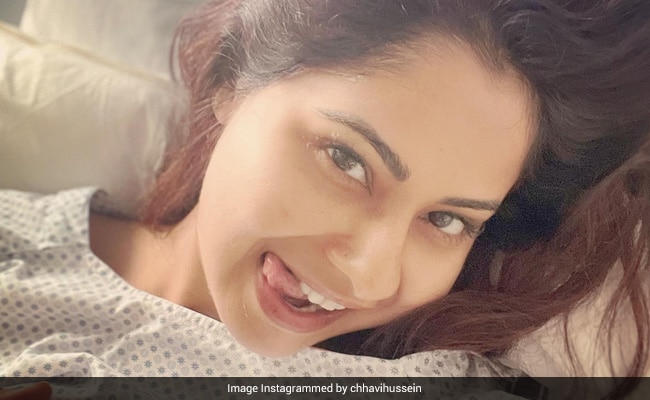 TV actress Chhavi Mittal, who was diagnosed with breast cancer, is now cancer-free. The actress, on Tuesday, shared a long post on her Instagram handle, narrating how she is feeling post her surgery. Along with the note, she shared a picture of herself lying on the hospital bed and smiling for the camera. The actress wrote, “When the anaesthesiologist asked me to close my eyes and think of something nice, I visualised my beautiful breasts perfectly healthy… and then I went under. The next thing I know, I woke up cancer free!”

“The surgery lasted for 6 hours, there were multiple procedures done, and it’s a long road to recovery, but the great thing is.. it’s only going to get better now. The worst is over,” she added.

In her post, Chhavi Mittal revealed that she is in a lot of pain and how it reminds her of the huge battle she just won. She also requested her fans to pray for her.

“Your prayers were in my head all through and I need them even more now, coz I’m in a lot of pain. The pain, that reminds me of the huge battle I just won with a smile on my face.  I’m going to spare you the gory details, but thank you guys for sticking with me with through this. Your messages brought tears to my eyes. Don’t stop the prayers yet… “

She concluded her post by thanking her husband, Mohit Hussein, for supporting her throughout the journey. She wrote, “And lastly but most importantly. I couldn’t have done this without my partner in crazy, the equally strong, the equally insane, resilient, brave, patient, caring, loving @mohithussein Don’t want to see tears in your eyes ever again!”

Earlier this month, Chhavi Mittal informed her fans about her cancer diagnosis on Instagram and shared that she was fortunate as the doctors could detect the lumps early on. Keeping her Insta family informed, the actress also shared a video post her surgery and captioned it as, “Face it with a smile.. always!”

Chhavi Mittal is best known for shows such as Bandini and her YouTube series The Better Half. The actress is married to director Mohit Hussein and has two kids.