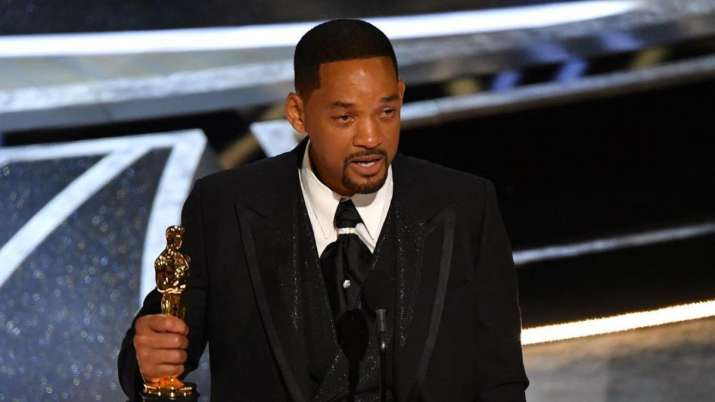 Days after Will Smith’s slapping incident at Oscars 2022, the Board of Governors for the Academy of Motion Pictures Arts and Sciences, on Friday, voted to ban the ‘The Pursuit of Happiness’ star from all the Academy events for for 10 years. The decision has been announced by the Academy via statement. “Today, the Board of Governors convened a meeting to discuss how best to respond to Will Smith’s actions at the Oscars, in addition to accepting his resignation. The Board has decided, for a period of 10 years from April 8, 2022, Mr. Smith shall not be permitted to attend any Academy events or programs, in person or virtually, including but not limited to the Academy Awards,” president David Rubin and CEO Dawn Hudson said in the statement.

The decision was made during a Board of Governors meeting held on Friday in Los Angeles. The meeting, initially scheduled for April 18, was expedited after Smith announced his resignation from the Academy last week, CNN reported.

The statement continued, “The 94th Oscars were meant to be a celebration of the many individuals in our community who did incredible work this past year; however, those moments were overshadowed by the unacceptable and harmful behavior we saw Mr. Smith exhibit on stage.”

“During our telecast, we did not adequately address the situation in the room,” the letter went on to state. “For this, we are sorry. This was an opportunity for us to set an example for our guests, viewers and our Academy family around the world, and we fell short — unprepared for the unprecedented,” David Rubin and CEO Dawn Hudson added.

For the unversed, while presenting the best documentary feature award at the 2022 Oscars, Chris Rock made a joke about Smith’s wife Jada Pinkett Smith’s shaved head. Rock said he couldn’t wait to see Pinkett Smith, who has alopecia areata, star in ‘G.I. Jane 2’ which led Smith to go up on stage and slap Rock.

Also read: Jada Pinkett says Will Smith ‘overreacted’ when he slapped Chris Rock for the joke at Oscars: Report

Smith returned to his seat and shouted, “Keep my wife’s name out of your fu**ing mouth!” A few minutes after the incident, Smith was announced Best Actor at the 94th Academy Awards. While accepting his first-ever Oscar for best actor (leading role) in ‘King Richard’, Smith apologized to the Academy and fellow nominees but did not mention Rock.

However, after receiving backlash for his disorderly behaviour, Smith issued an apology to Chris Rock and Academy on his social media handle.

On March 29, there was a short virtual meeting between Smith, Rubin and Academy CEO Dawn Hudson, that was initiated by Smith. A few hours later, Smith announced his resignation from the Academy of Motion Picture Arts and Sciences, claiming he “will fully accept any and all consequences for my conduct.”

Also read: Sameera Reddy on her Alopecia Areata diagnosis, a condition that Will Smith’s wife Jada Pinkett suffers from