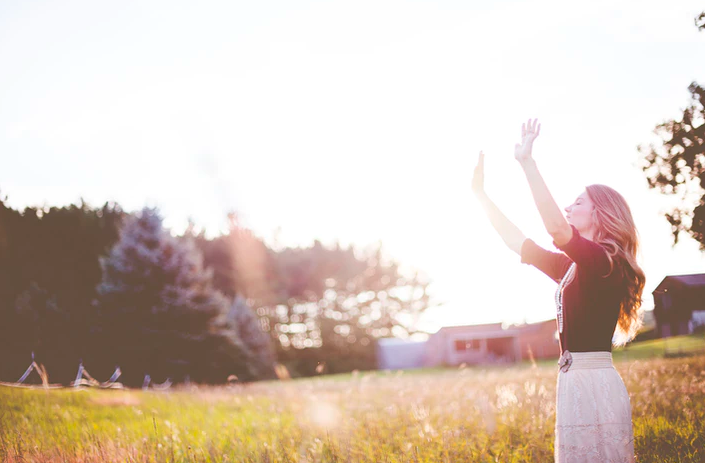 Will Religious Freedom Always Be An American Right?

For growing numbers of Christians – including believers across the Middle East and North Africa – the freedom to express their faith publicly is under increasing attack.

As the president of SAT-7 USA, a media organization that lives and breathes the Christian faith in the Middle East, I often hear fellow Americans say, “Thank God that won’t happen here in America.”

I’m wondering if that’s about to change. In the throes of the seismic cultural shifts taking place in the U.S., I’m asking: “Will we always have the freedom to worship and express our faith in public?”

Increasingly, expression of religious faith is being restricted around the globe. Even in the U.K. – the birthplace of the Magna Carta – a pastor was arrested last year for making public comments in opposition to same-sex marriage.

Could the “Land of the Free” be next?

Globally, an estimated 80% of people of all faiths face curbs on freely expressing their beliefs. Christians in the Middle East and North Africa, especially, face growing efforts to silence them.

As a frequent visitor to that region for many years, I’ve watched the pressure mount on Christians in countries like Iran, Algeria, and Turkey, where churches are being closed and believers driven into hiding, facing severe punishment if they’re discovered.

Violent opposition to the followers of Jesus is on the rise, just as Christ himself predicted in the Gospel of John: “If the world hates you, keep in mind that it hated me first … if they persecuted me, they will persecute you also” (John 15:18-20, NIV).

Wherever Christ’s followers are in a minority, they face suspicion and opposition. Hostility against Christians in Egypt – where Jesus took refuge as an infant – has ramped up recently, with reports of brutal attacks and kidnappings. In Afghanistan, Christians face possible execution if found by the Taliban.

Across the Middle East and North Africa – stretching almost 4,000 miles from Morocco to Afghanistan – Christians make up only around 3% of the population. Their faith is often seen as a polluting “foreign” or Western idea. In certain places, becoming a Christian is equated with being a traitor or a blasphemer – a charge punishable by death in some countries.

How are isolated Christians in these places responding to the threats they face every day? How do they keep the flame alive when their freedom to express their faith openly is snuffed out?

“(They) are not afraid,” says one of my colleagues in the Middle East. “They say, ‘persecution is a crown we wear every day. Please don’t take it from us’.”

All they ask for is the chance to tell others what Christ has done for them.

A Voice For Those In The Desert

SAT-7 gives them that voice. We broadcast Christian programs 24/7 in local languages with local presenters via satellite and online video-on-demand. Even the most isolated believers – including the illiterate and those living in the mountains and deserts – can connect with other Christians on their phones and mobile devices wherever they are.

Our broadcasts and social media platforms are virtually uncensorable.

We refer to many of these nations in the Middle East or North Africa as “closed countries,” and we know what that means. But from the perspective of the sovereign God, there are no closed countries, no closed hearts, nobody he cannot reach. No one can stop Jesus’ followers from meeting together virtually, having conversations online, and testifying to the power of the gospel in their lives.

Even if the day comes in America when our ability to worship Christ freely and openly is taken from us, nothing – no government, no authority – will stop Jesus building his church.

Let’s cherish and defend America’s precious timeless ideals – freedom of religion, freedom of speech, God-given unalienable rights – and look to our brothers and sisters around the world who right now are showing us incredible, resilient faith in the face of intense repression.

Dr. Rex Rogers is president of SAT-7 USA a media organization that “makes God’s love visible” through Christian and educational programs in local languages across the Middle East and North Africa.

- Advertisement -
This post contains affiliate links. If you use these links to buy something we may earn a commission. Thanks.”
Facebook
Twitter
Pinterest
WhatsApp
Previous articleAnupamaa Actress Aneri Vajani Is No Longer Single: ‘Yes I’m in Love’
Next articleAlia Bhatt posts video of Ranbir Kapoor, Ayan Mukerji listening to Kesariya