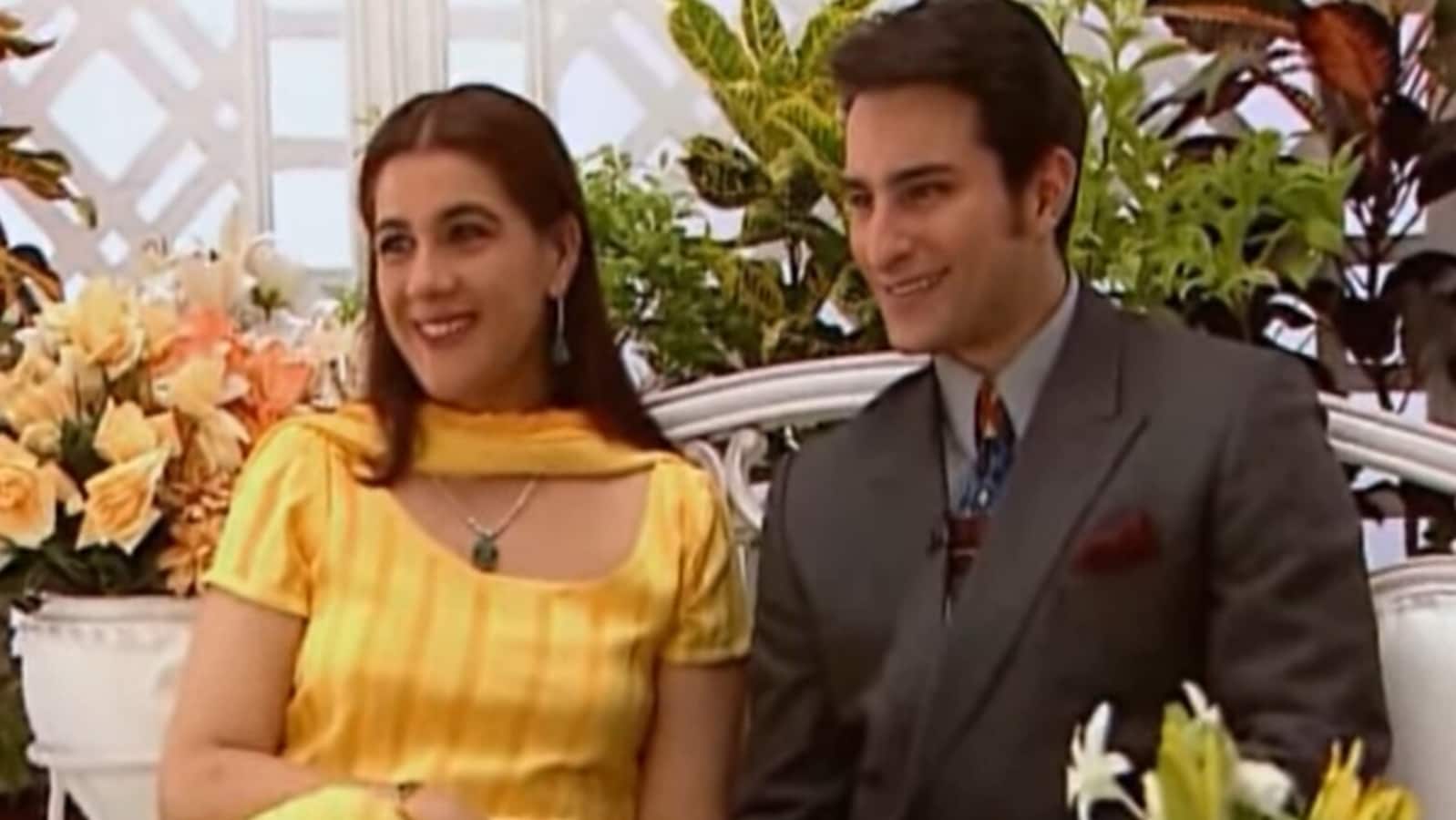 Amrita Singh had once opened up about her married life with Saif Ali Khan and said that their union made her a ‘gentler and slower’ person. Amrita and Saif tied the knot in 1991 and parted ways in 2004. In an old interview with Simi Garewal, Amrita had admitted her insecurities about Saif working with ‘heroines’ in films. (Also read: Amrita Singh roasts ‘demanding nuisances’ Sara Ali Khan, Ibrahim Ali Khan)

Amrita, who is known for being outspoken, had called herself ‘a bit of a behenji’ at that time. She also added that while she lived for herself. She recalled how often people used to think twice before talking to her.

In an episode of Rendezvous with Simi Garewal, when asked if she felt insecure about Saif Ali Khan, Amrita agreed with Simi. She said, “I would lie if I said I didn’t. I’ve been here. We’ve had our problems, we’ve had our fights. I think it’s normal for a woman to feel insecure.”

The actor went on to add that she had made it through the difficult times and called it a ‘harrowing’ experience. “I cried and fought, did normal things that any woman wanted to do. I wanted to bash Saif’s head with a frying pan,” Amrita revealed. To this, Saif jokingly quipped that she had bashed him in reality as well.

While Amrita and Saif ended their marriage on bad terms, they are parents to their kids, Sara Ali Khan and Ibrahim Ali Khan. Previously Sara had said that Amrita and Saif separating was the ‘best decision to make at the time.’ Sara lives with her mother and keeps visiting her dad often.

In 2012, Saif married Kareena Kapoor after dating her for quite some time. They have two sons, Taimur Ali Khan and Jehangir Ali Khan. Amrita was a successful actor in the 1980s and 90s before she took a break after marrying Said. She returned to acting post their divorce. She was last seen in Heropanti 2, which released earlier this year.