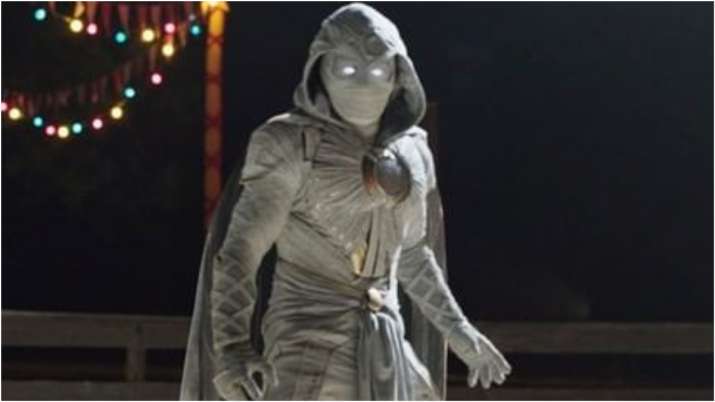 
As Marvel Cinematic Universe is in an expansion mode since the beginning of Phase 4. While the audience is getting to know the old characters better, new ones are being introduced with each series and film. This week MCU gets its new entrant, Moon Knight. The show will follow the life of Steven Grant, a mild-mannered gift-shop employee, who becomes plagued with blackouts and memories of another life. He discovers he has dissociative identity disorder and shares a body with mercenary Marc Spector.

During a virtual press conference, Grant Curtis, executive producer of the show shared what made the makers bring Moon Knight into the MCU. Turns out, Moon Knight wasn’t a random choice. “It has been on Kevin Feige’s radar from day one,” said Grant, adding, “Look at his history, first appeared in “Werewolf by Night” in 1975. Then, he kind of bounced around in the Marvel Universe for the next five years, and he got his own offering in 1980. And when you look at years and decades of storytelling, as the great storytellers and artists on the ‘Moon Knight’ pages have been doing, I think this was a natural progression, a merger into the Marvel Cinematic Universe. And I think it was just like this was the perfect time.”

To introduce the new MCU character, the makers brought one of the most sought after faces of the sci-fi world, Oscar Issac, a name that is no stranger to big projects, including “Star Wars” and “Dune”. Sharing details about the initial stages of production, when Issac was approached, the actor said, “When I looked at it and spoke Grant, and Kevin, and Mohamed, as well — it just seemed like there was a real opportunity to do something completely different, particularly in the MCU, and to really focus on this internal struggle of this character, and to use Egyptian iconography and the superhero genre and this language to talk about this real internal struggle that this person is having. And also to create an indelible, unusual character, particularly with Steven Grant. So it felt like for me once I got a real take on how I wanted to play Steven and I brought that to everyone and they welcomed that with open arms.”

While it is easier to be swayed into the MCU, which already has numerous superheroes at its display, what makes Moon Knight stand out?

In response to what makes Marc Spector and Steven Grant different from some of the heroes, we may have seen in the past, Issac noted, “Well, I think the story is so point of view.”

“It means that you’re just in the skin of this guy, and you’re seeing things happen. You’re experiencing it just as he’s experiencing it. There’s something terrifying about that. I think Steven, in particular, there’s a sense of humor there that is different from what we’ve seen. I think Marvel in particular have done such an amazing job at combining action and comedy in such a great way. And I thought with Steven, there was a chance to do a different type of comedy than we’ve seen of somebody that doesn’t know they’re funny. And then to find the counterpoint of that with Marc, in some ways leaning into a bit of the stereotype of the tortured, dark vigilante guy, but what makes him so special is that he has this little Englishman living inside of him,” the actor said.

Opposite Issac is another talented actor, who has given some brilliant hits like “Before” trilogy, “Training Day” and “Boyhood” among others. He plays nemesis to Steven Grant. If for Issac it was the point of view of the story that compelled him to the show, for Hawke it was the riddling narrative of his character.

“The history of movies is paved with storytellers using mental illness as a building block for the villain. I mean, there’re countless stories of mentally ill villains, and we have a mentally ill hero. That’s fascinating because we’ve now inverted the whole process. And so now as the antagonist, I can’t be crazy because the hero is. So I have to kind of find a sane lunatic or a sane malevolent force. And that was an interesting riddle for me to figure out how to be in dynamics with what Oscar was doing. And Mohamed was really embracing his mental illness as a way to create an unreliable narrator,” he said.

“Once you’ve broken the prism of reality, everything that the audience is seeing is from a skewed point of view. That’s really interesting for the villain because am I even being seen as I am? That was our riddle, and we came up with somebody who was trying to save the world. And in his mind, he’s Saint Harrow, you know? I mean, he thinks he’s gonna be part of the great solution.

Apart from Issac and Hawke, the series also has May Calamawy, playing Layla, who’s sort of an ally to both Steven and Marc.

May loved how strong Layla is. “I felt like I got to play the full gamut of a woman with her because she’s strong and she’s for the people and fights for what she believes, but she’s also really vulnerable and scared. So that was fun for me.”

The series, created and written by Jeremy Slater, has been directed by Mohamed Diab, Justin Benson and Aaron Moorhead. Isaac, Slater, Diab, Kevin Feige, Louis D’Esposito, Victoria Alonso and Brad Winderbaum will serve as executive producers. The series will premiere on Disney+ on March 30.