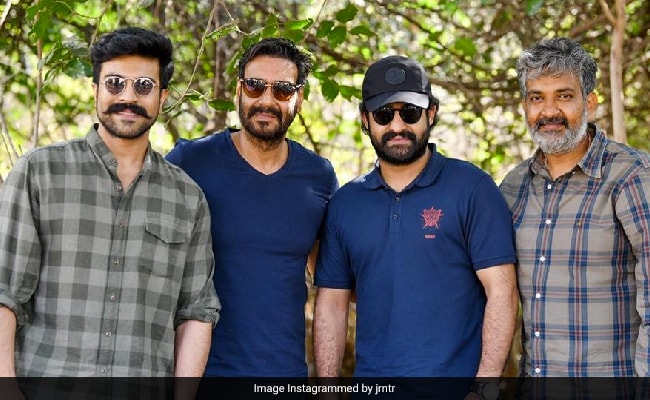 Jr NTR is basking on the success of his recently released movie RRR, co-starring Ram Charan, Alia Bhatt and others. Helmed by SS Rajamouli, the film was released on March 25, and within three days, it has crossed Rs 500 crore mark in box office collection worldwide. Tollywood superstar, who portrayed the role of freedom fighter Komaram Bheem, received immense applause from the audience. Overwhelmed with the praise, Jr NTR shared a long note on his Twitter handle thanking his RRR Team and fans for making RRR, a landmark film in his career.

“All of you heaped praises on RRR and showered us with love since the film’s release. I would like to take a moment to thank everyone who made RRR, a landmark film in my career, possible. Thank you Jakkanna (Rajamouli) for inspiring me to give my best. You truly brought out the best in me and made me feel like water, versatile. You pushed me as an actor and made me mould into my character and all his layers with great ease and conviction,” Jr NTR wrote.

Bollywood star Alia Bhatt also played the pivotal role of Sita, Alluri Sitarama Raju’s fiancee, in RRR. Describing her as a “powerhouse of the actor,” the 38-year-old wrote, “you added incredible strength to the film with your presence. Keep soaring.”

Jr NTR also thanked other supporting actors-Olivia Morris, Alison Doody and Ray Stevenson for capturing hearts and earning immense love with their impeccable craft and phenomenal performance. He also welcomed them to Indian Cinema and said he will cherish the memories.

“Last but not least, I would like to thank my fans from the bottom of my heart. Your unconditional love and support fueled me to give my best even in the most challenging times of Covid-19. I promise to entertain you all with many more,” he added.

Talking about the film, RRR is a fictional story about two Indian revolutionaries, Komaram Bheem and Alluri Sitarama Raju, who fought against the British Raj and the Nizam of Hyderabad, respectively.