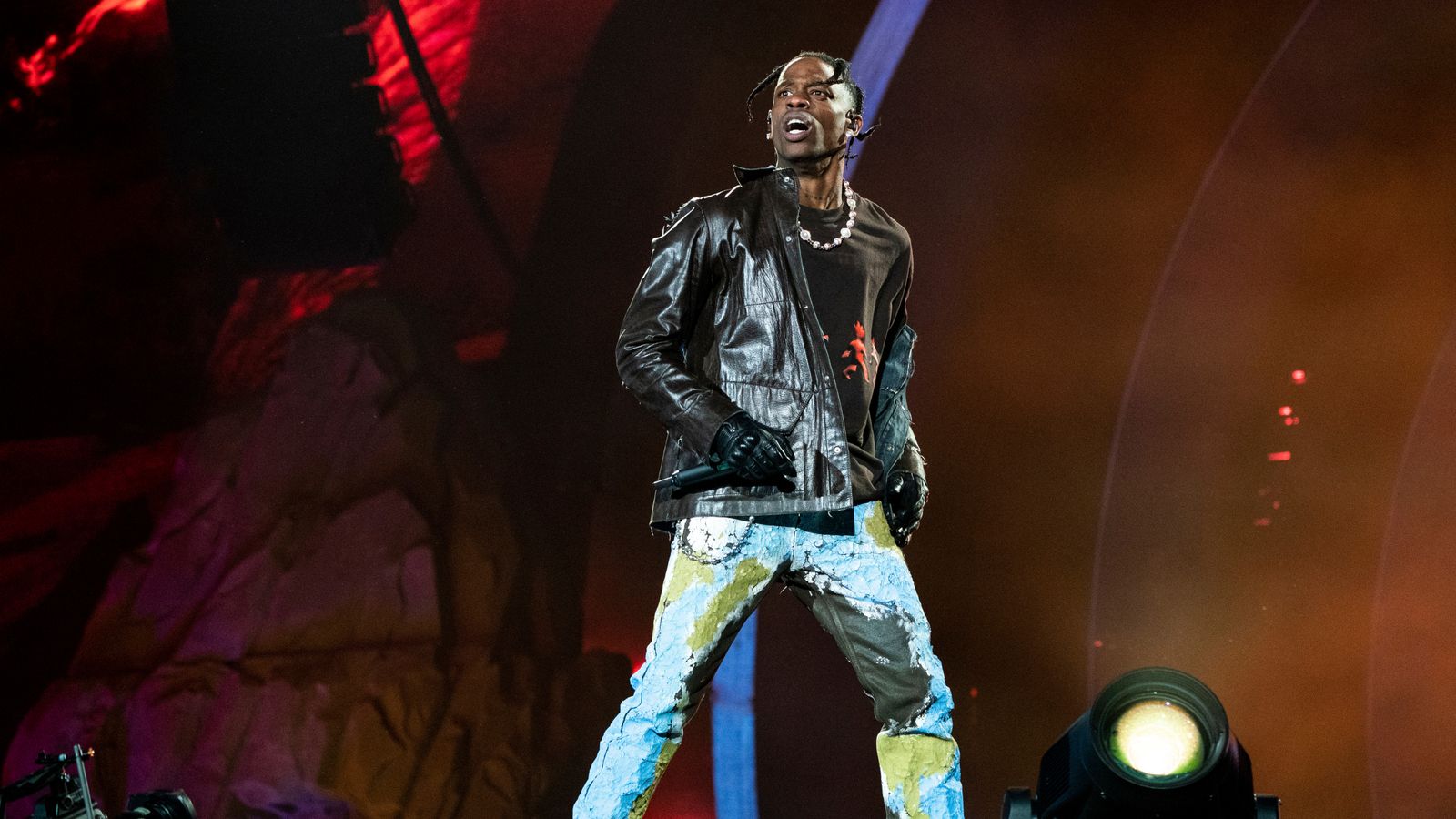 Travis Scott: Rapper set to headline first festival since Astroworld tragedy – with Brazil event a day after anniversary of Houston crush which killed 10 | US News


Travis Scott is reportedly to headline his first festival since the Astroworld crush which killed 10 people – with the Brazil music event taking place a day after the first anniversary of the Houston tragedy.

The US rapper, 30, has been announced as one of the headline acts for Primavera Sound’s upcoming festival in Sao Paulo, and is set to play on 6 November, according to Rolling Stone.

Some 300 people were injured at the sold-out Astroworld Festival which was attended by 50,000 people in 2021, as fans rushed towards the stage during Scott’s performance.

More than 300 lawsuits have been filed against companies and individuals including Scott.

Nine-year-old, Ezra Blount, was among the 10 people killed in the crush after suffering serious injuries.

Other artists playing at the festival in Brazil include rock band Arctic Monkeys, Charli XCX and Bjork.

In recent months, Scott has begun re-entering the public eye including an appearance at a pre-Oscars party and the announcement of his second child with Keeping Up With The Kardashians star, Kylie Jenner.

Scott, whose real name is Jacques Webster, is expected to appear for his first major public appearance since the tragedy at a Miami nightclub next Saturday, Rolling Stone reports.

It adds that it is currently unclear whether he will just make an appearance or will perform.

During his Astroworld set last year, Scott could be heard asking security to help someone who collapsed in the crowd and was criticised for carrying on his performance as emergency teams entered the crowd at the venue.

In an interview following the tragedy, Scott claims he didn’t know fans were injured and said he had been on an “emotional rollercoaster”.

Read more:
Why are crowd surges so deadly?
Scott speaks on Astroworld tragedy

Since the incident, Houston fire chief, Samuel Pena, said the rapper should have stopped his show as soon as he realised something was wrong.

Several families of the 10 people who died from injuries in the crowd surge at Astroworld turned down an offer by Scott to pay for their loved ones’ funeral costs.

Last year’s crush came after a similar incident two weeks before at the same venue, when fans stormed through a gate at a Playboi Carti show, forcing it to be cancelled.