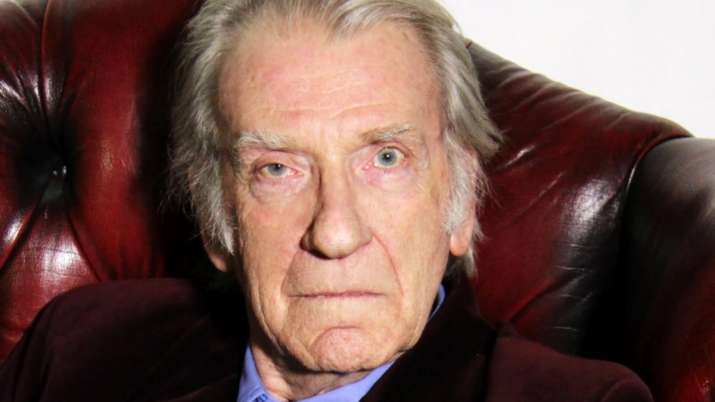 Titanic and The Omen actor David Warner dies at 80


Titanic and The Omen actor David Warner breathed his last on Sunday at Denville Hall in Northwood, UK, a care home for figures in the entertainment industry. He was suffering from Cancer and was 80 years old.  The actor’s family told the BBC: “Over the past 18 months he approached his diagnosis with a characteristic grace and dignity.” The statement of the family added: “He will be missed hugely by us, his family and friends, and remembered as a kind-hearted, generous and compassionate man, partner and father, whose legacy of extraordinary work has touched the lives of so many over the years. We are heartbroken.”

Warner was Emmy-nominated for playing Reinhard Heydrich, a Nazi official who was a key architect of the Final Solution, in the landmark 1978 miniseries ‘Holocaust’, and won an Emmy for playing the sadistic Roman political opportunist Pomponius Falco in the 1981 miniseries ‘Masada’, ‘Variety’ notes.

He reprised the role of the Nazi Heydrich in the 1985 telepic ‘Hitler’s S.S.: Portrait in Evil’.

The actor was among the large cast of James Cameron’s 1997 epic ‘Titanic’, but was wasted, according to ‘Variety’, “in the role of a thug-like butler”. He played a simian senator in Tim Roth’s 2001 reimagining of ‘Planet of the Apes’ and a doctor in the hit comedy ‘Ladies in Lavender’ (2005) starring the inimitable duo of Judi Dench and Maggie Smith.

Recently, Warner appeared in Disney’s ‘Mary Poppins Returns’ in (2018) and ‘You, Me and Him’ (2017) and on Showtime’s ‘Penny Dreadful’ as the ‘Dracula’ character Professor Abraham van Helsing in 2014.

The mid-’70s to the mid-’80s probably represented the zenith of Warner’s career, starting with ‘The Omen’, where he played Jennings, the photographer who develops images on which the specific manner of death for the individuals depicted is superimposed.

His fans and colleagues from around the world took to Twitter and paid their tribute.

David Warner was born in Manchester, in 1941. His parents were unmarried and he spent time in the care of both. Warner moved to Hollywood in 1987, where he lived for 15 years. Apart from Titanic, he appeared in Star Trek, Doctor Who, Twin Peaks and The League of Gentlemen’s Apocalypse.