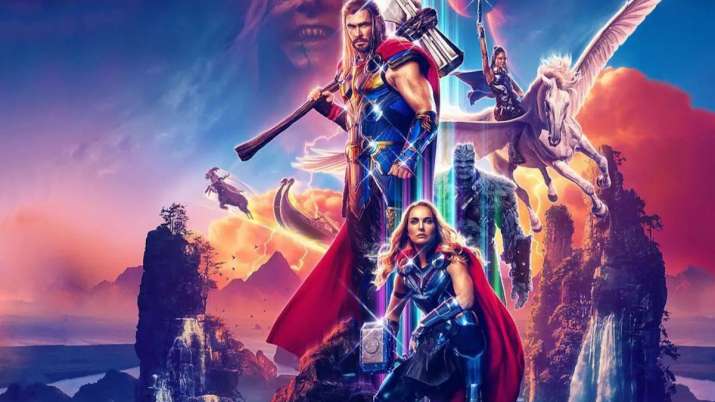 
Thor Box Office Collection: The Marvel movie, Thor: Love and Thunder got the biggest release in India and worldwide on July 7. Oscar-winner Taika Waititi’s directorial has opened to excellent numbers at the tickets window. Starring Chris Hemsworth, Christian Bale, Natalie Portman and Tessa Thompson in lead roles, the film is off to a fantastic start at the Indian box office, after collecting Rs 18.6 crore on day one of release, which is the fifth-biggest opening for Hollywood in India.

According to Box Office India, “Thor – Love And Thunder scored a very good first day as it collected in the 18.5-19 crore nett range which is the fifth biggest opening for Hollywood in India after Avengers – Endgame, Spiderman – No Way Home, Avengers – Infinity War, Dr Strange – In The Multiverse Of Madness.

“Thor – Love And Thunder is likely to be a HIT film and the second big winner for Hollywood this year in India after the SUPERHIT film Dr Strange – In The Multiverse Of Madness. If we take Hindi circuits only then the performance is also very good as it picked up 12.50 crore nett here which is better than all Hindi releases this year except for Bhool Bhulaiyaa 2. ALSO READ: Thor: Love And Thunder Box Office Collection Day 1: Excellent opening for Chris Hemsworth starrer

The best performance for the film came in Delhi / UP at around 3.50 crore nett and Nizam / Andhra which was very good at 2.75 crore nett. the film could have done a little better in Mumbai and Mysore and maybe a Thursday release affected these two places to an extent,” Box Office report added.

About Thor: Love And Thunder

Thor: Love And Thunder marks Christian Bale’s MCU debut. Marvel Studios’ Thor: Love and Thunder was released in 6 languages: English, Hindi, Tamil, Telugu, Malayalam, and Kannada. In the movie’s trailer, it has been hinted that Thor has gone into retirement of sorts while Natalie Portman as Mighty Thor takes the reigns over at Asgard with Valkyrie (Tessa Thomson). The most exciting addition to the cast, however, is Christian Bale as Gorr the God Butcher. Bale is returning to the superhero genre after playing Batman in The Dark Knight trilogy which culminated in 2012. Now, with Bale joining the MCU, fans will have a lot more to look forward to in Thor: Love And Thunder.