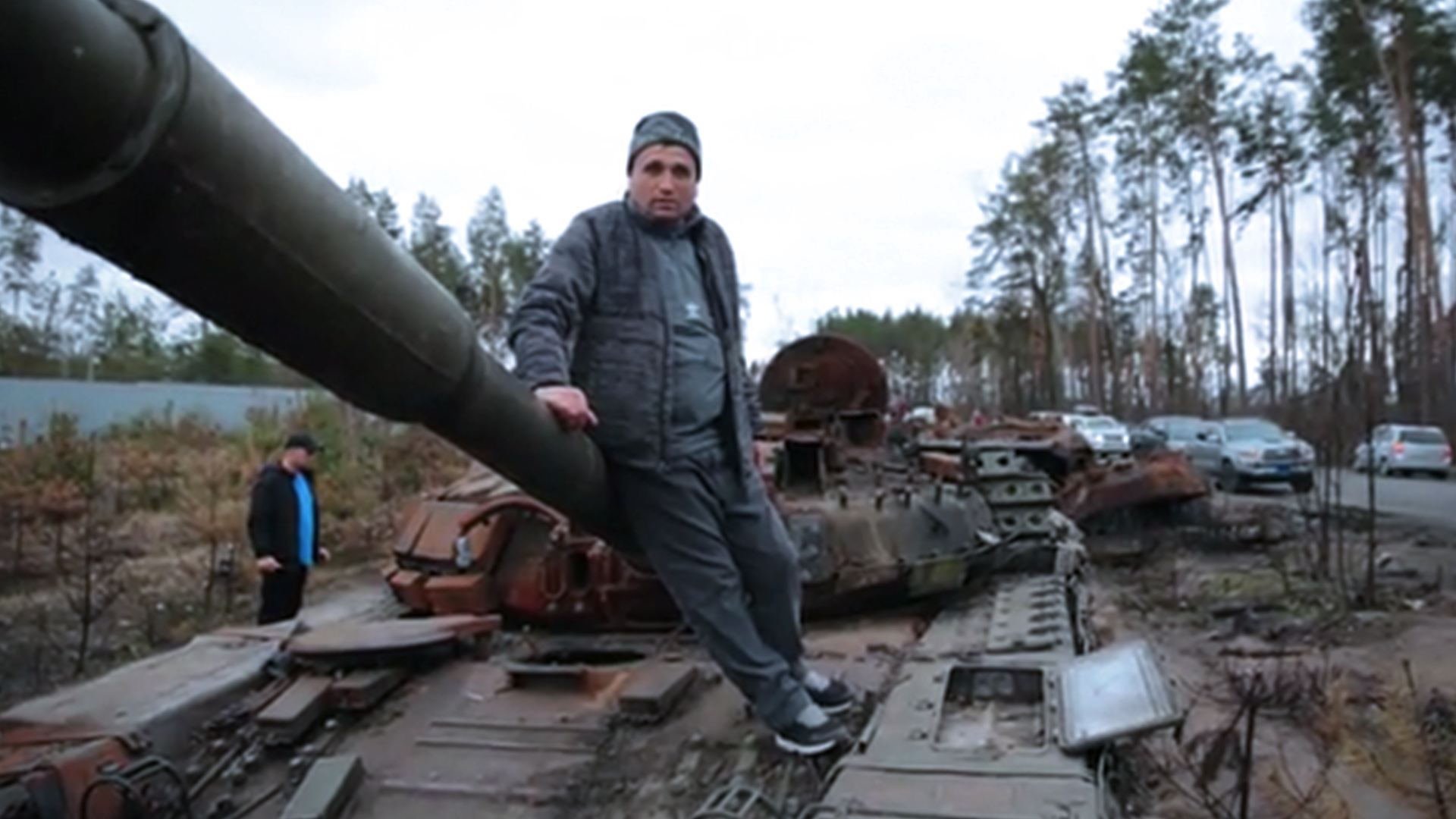 ‘This is God’s Miracle’: Amidst Horrors of War, Residents of Bucha Tell of God’s Hand of Protection from Russian Forces

BUCHA, UKRAINE – The city of Bucha, a suburb of Kyiv, witnessed some of Russia’s worst atrocities since the war started.

Hundreds of civilians were brutally murdered and buried in mass graves leading to accusations of war crimes.

Amidst the horrors, are stories of miracles and God’s protection from Russian forces.

CBN News recently traveled along one of the main roads leading to Bucha, a city on the outskirts of Kyiv.

Along this highway, burned-out Russian tanks serve as a reminder of Moscow’s failed attempts to capture Kyiv.

At one point, this spot became a popular gathering place for people taking pictures and walking amidst the charred remains.

“The Russians should take these tanks and parade them in Moscow,” Oleksandr, a resident of Volyn, told CBN News. “The fact that we forced them out of Bucha is God’s miracle! This is God’s miracle and nothing else.”

Despite the victory, the horrors of what happened in Bucha continue to haunt the nation.

Fifteen miles west of Kyiv, forensic experts recently exhumed the bodies of seven civilians found buried here in the forest. Investigators say one of the bodies had been decapitated.

“Shots to the knees tell us that people were tortured,” Andrii Nebytov, Kyiv Regional Police said. “The hands tied behind the back with tape say that people had been held hostage for a long time and they tried to get any information from them.”

“So far we have not identified approximately 213 bodies of the dead; this is an operating figure. We do the identification every day; sometimes, new bodies appear,” said Nebytov.

More than 1,300 bodies have been discovered in just the Kyiv region.

“Most of them, about 799, are people who were killed by firearms,” said Nebytov.

Now international investigators are gathering evidence to determine whether war crimes were committed.

“We talk not only about those who committed the crime, the direct crime, on the spot and in location,” said Eamon Gilmore, an EU special representative for human rights. “They of course have responsibility, but we are also talking about those who are in the chain of command, if necessary, right to the very top.”

Oleg Bondarenko knows how fortunate he is to be alive.

A few days after the war started, Russian soldiers captured this pastor along with several other civilians and tortured them behind this gate for days.

“I was so nervous that they would find something compromising about me,” Bondarenko, a Ukrainian pastor in Bucha, recounted to CBN News. “The Russian battalion commander did not like me; he was always angry with me.”

Bondarenko told CBN News that the Russians wanted information on Ukrainian military positions in the area.

“The commander said he would make me watch as he killed the others and then he would skin me alive,” Bondarenko said,

Ukrainian soldiers launched a counter-offensive and managed to rescue Bondarenko.

“The Russians didn’t even have time to come and say goodbye to us,” he said with a laugh. “There were lots of our soldiers and the battle was intense.”

Not far from Bondarenko, Sergey Anohin and 167 Ukrainian Christians hid in the basement of this Bucha church when the Russian assault started.

“Four Russian soldiers came into the basement, the rest were standing over there,” Anohin, a Ukrainian pastor, motioned to CBN News. “There were 15 of them. When they entered the church, they kicked open the church door, and cursed at us.”

Remaining at the church for several days, the soldiers constantly intimidated those hiding in the basement.

He believes God spared their lives because of their prayers.

“It was very clear to us that God was watching over us, everything was in His hands. Like the story of how Daniel was in the lion’s den, we were under God’s protection.”

Days after Russian troops withdrew from Bucha after failing to capture the capital, Ukraine’s security agency met with Anohin about a Russian commander who had been at the church.

“One of the Russian soldiers, his nickname was “Skipper” – he would come and talk to us in the basement every day,” Anohin recalled. “We thought he was a kind soldier. But the Ukrainian security service later told us that he was one of the cruelest soldiers and apparently ordered multiple killings and was responsible for torturing people in basements around Bucha.”

Ukraine has accused the brigade of committing war crimes.

“I would like for people to pray for our city that God would give peace in people’s hearts,” Anohin told CBN News. There’s a lot of anger and hatred for what the Russians did to us but I’m praying God will touch us and give us peace.”

Anohin, whose home was destroyed on the second day of the war, says residents of Bucha are slowly returning, trying to get back to normal. Still, the trauma from the war lingers and the healing is only beginning.

“I would like our city to be remembered for those who were loyal, those who protected the city, and were faithful to God.”