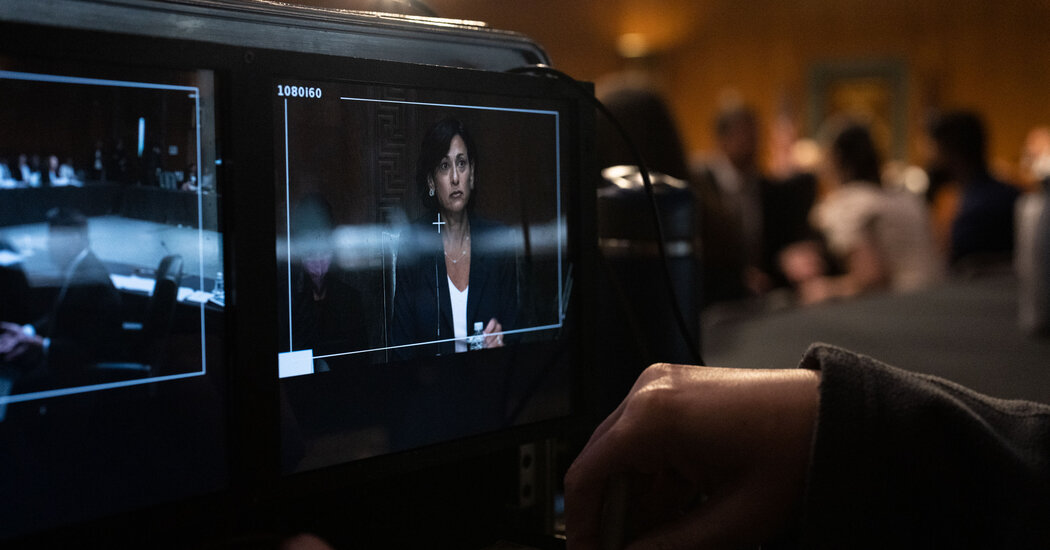 The pandemic has eroded Americans’ trust in experts and elected leaders alike, a survey finds.

As the coronavirus pandemic entered its third year, the American public had lost much of its trust both in public health experts and in government leaders, and was less worried than before about Covid-19, according to a survey conducted in early May and released Thursday by the Pew Research Center.

Confidence ratings for public health officials, like those at the Centers for Disease Control and Prevention; for state and local elected officials; and for President Biden fell in a range from 43 percent to 54 percent in the survey — much lower than during the early stages of the pandemic.

The survey found a wide partisan gap in attitudes. Overall, 52 percent of respondents said that public health officials had done an excellent or good job at managing the pandemic. But while 72 percent of Democrats in the survey said they felt that way, only 29 percent of Republicans did.

Democrats were also more likely than Republicans — 67 percent to 51 percent —  to say they had at least some confidence in how prepared the nation’s health care system was to address a future global health emergency.

Dr. Yvonne Maldonado, a pediatric infectious disease physician at Stanford Medicine who chairs the American Academy of Pediatrics’ committee on infectious diseases, said the pandemic only widened the country’s partisan divide over those issues.

“I think that mistrust in government and politicians, and even to a certain extent science, started well before the pandemic, and it just was exacerbated,” Dr. Maldonado said.

Pandemic fatigue and a growing notion that Covid is now a part of everyday life probably played a role in the changing public attitudes identified in the Pew survey, according to Dr. Robert Wachter, a professor and the chair of the medicine department at the University of California, San Francisco.

“I think people’s thinking is very much influenced by the fact that the chances you’re going to die of Covid have gone down substantially on a per-case basis,” Dr. Wachter said.

Public confidence in medical centers and hospitals remained high: Eight out of ten respondents said those institutions were continuing to manage the pandemic well, a small decline from 88 percent two years ago.

The survey found that Americans have grown less worried about catching the virus or unintentionally spreading it to others. Most respondents said they thought the worst of the pandemic was over, and only about a quarter saw the coronavirus as a significant threat to their personal health, down from 30 percent in January.

The average number of new confirmed cases reported daily across the United States surged to record highs in January, driven by the Omicron variant. The surge receded swiftly as the winter ended, but the average started to rise again in the spring. In recent weeks since the survey was taken, the number of new confirmed cases has been around 100,000 a day, according to a New York Times database.

Those figures are thought to understate the true number of infections, however, because of increasing reliance on at-home testing, the closings of mass testing sites and reduced frequency in data reporting by states. New deaths have fallen significantly since the winter surge, and Covid now kills fewer than 400 people daily in the United States.

Though many people are still becoming infected, survey data shows that public concern about the virus has declined substantially. The Pew survey found that 76 percent of respondents in May thought the worst of the pandemic was over, compared with about half in January.

“That’s the first time during the entire outbreak that we’ve had a majority of Americans saying this,” said Alec Tyson, an associate director of research at the Pew Research Center and a lead author of the survey.

A narrow majority of respondents in the latest survey — 55 percent — said they thought vaccination had been somewhat or very effective at curbing the spread of the coronavirus. About half felt that way about wearing masks indoors. Respondents were more skeptical about the efficacy of people staying at least six feet apart indoors, with only 34 percent considering that practice at least somewhat effective.

The survey found very wide partisan gaps in attitudes toward all those preventive measures, especially mask-wearing, with Republicans far more likely than Democrats to say they did little or no good.

The poll included 10,282 adults who were surveyed online between May 2 and May 8.