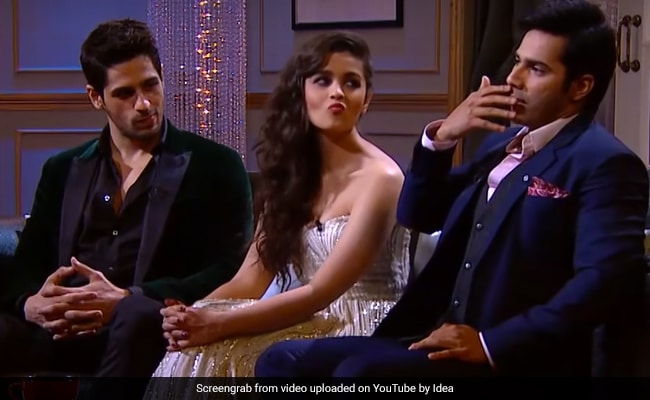 The Best Of Coffee Chats

Koffee With Karan is the talk show that brought the country’s biggest stars into our living rooms, with Karan Johar at the helm of affairs. With the ease and comfort unique to long-time friends, he extracted honest, catty and (sometimes) moving statements from his superstar guests. The show, which is an indelible part of Bollywood pop culture, will however not be returning for another season, the filmmaker said in a social media post. In the statement, Karan Johar said, “Hello, Koffee With Karan has been a part of my life, and yours, for 6 seasons now. I’d like to think we’ve made an impact and even found our place in pop culture history. And so, it is with a heavy heart that I announce that Koffee With Karan will not be returning…Karan Johar.”

Needless to say, the announcement left fans of the show disheartened, many of whom urged Karan Johar to reconsider his decision and come back with season 7. While we hope that the show comes back with another season, here’s a list of the best moments from Koffee With Karan, so far.

We have to start with Salman Khan declaring he is a virgin, much to the amusement and amazement of the host. The declaration made national headlines as did Karan Johar’s hilarious reaction to the statement.

When the OG Student(s) Of The Year debuted on the couch, there was a whole lot of laughter and chemistry up for display. But the one standout moment which made Alia Bhatt a household name – for the wrong reasons – was when she confidently gave the wrong answer to the question “Who is the President of India?”

One of the most memorable moments of the show was gifted to us by actor and Karan Johar’s close friend, Abhishek Bachchan when he went down on his knees and said, “I will do anything for you” all in exchange for the coveted Koffee hamper.

Rakhi Sawant spoke her heart and won everyone over when she appeared on the show. When asked if she had plastic surgeries, she replied in the affirmative and said, “Apne aap ko khoobsurat banane ke liye Miss Universe se leke Miss World se leke badi badi heroines kar sakte hain, toh Rakhi Sawant kyun nahi? (If Miss Universe and Miss World winners can resort to surgeries, why can’t I?)“

Kangana Ranaut called Karan Johar the “flagbearer of nepotism” and explained to him that both their ideas of poverty were very different. Since then, “nepotism” has made it to almost every Bollywood interview and discussion across platforms.

Shah Rukh Khan has been a regular fixture on Koffee With Karan over the years. He always made news when he arrived as a guest and impressed all with his usual charming self. Even when he skipped a season, fans could not stop talking about his absence. While there are several special SRK moments to pick from, we have to choose his appearance with Kajol and Rani Mukerji. Who can forget, SRK leaving Karan Johar gobsmacked by saying, “You know Karan chances of me waking up in the morning turning in to you is less, but waking up in the morning with you is more…. that’s what everyone says.” Absolute king behaviour, we say.