BISHOPENTERTAINMENT
HomeENTERTAINMENTThe Academy Starts "Formal Review" Into Will Smith's Slap, Will Decide On... 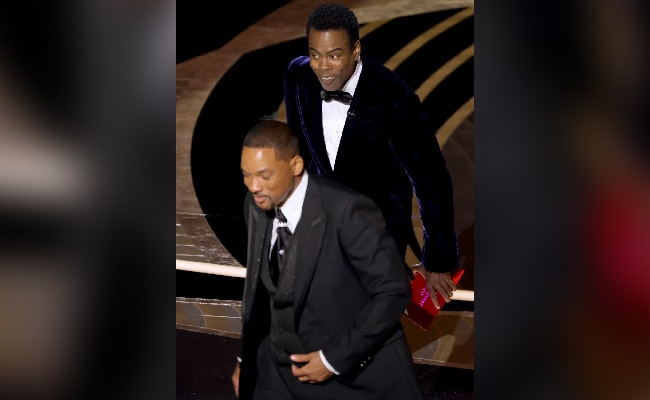 The Academy Starts “Formal Review” Into Will Smith’s Slap, Will Decide On Consequences

Oscars 2022: Chris Rock and Will Smith on the stage. (Image courtesy: AFP)

After slapping Chris Rock at the Oscars and blaming it on love, Will Smith shared a more thoughtful apology than the one he made in his Best Actor speech. He has been widely condemned by public opinion and the assault eclipsed his own Oscar win for King Richard. However, there may be a greater reckoning in store for the Fresh Prince of Bel-Air – the Academy of Motion Picture Arts and Sciences, which gives out the Oscars, is not giving this year’s Best Actor a pass on his terrible behaviour. An investigation has begun and the Academy will decide on what consequences Will Smith will face.

“We have officially started a formal review around the incident and will explore further action and consequences in accordance with our Bylaws, Standards of Conduct and California law,” a statement from the Academy said, news agency AFP reports. A brief tweet shared after the Oscars from the Academy’s handle said it does not “condone violence of any form.”

In his tearful speech at the Oscars yesterday, Will Smith said he hoped the Academy would invite him back to Oscars. It’s possible that he may not be – and that may not even be the gravest of the consequences he could face. Chris Rock, on his part, declined to file police complaint, the Los Angeles Police Department said yesterday.

Will Smith marched onto the Oscar stage and sapped Chris Rock, who was presenting, after the comedian joked about Will’s wife Jada Pinkett’s shorn head – she suffers from alopecia which causes hair loss. “Keep my wife’s name out of your f*****g mouth,” Will yelled after returning to his seat. The altercation, captured on live camera, was watched and condemned around the world.

Minutes later, Will Smith won Best Actor for his work in King Richard and delivered a rambling, emotional speech in which he apologized to the Academy and his fellow nominees. “Love will make you do crazy things,” he said. Later, he apologized to Chris Rock by name in an Instagram post, writing: “Violence in all of its forms is poisonous and destructive. My behaviour at last night’s Academy Awards was unacceptable and inexcusable. Jokes at my expense are a part of the job, but a joke about Jada’s medical condition was too much for me to bear and I reacted emotionally. I would like to publicly apologize to you, Chris. I was out of line and I was wrong. I am embarrassed and my actions were not indicative of the man I want to be. There is no place for violence in a world of love and kindness.”