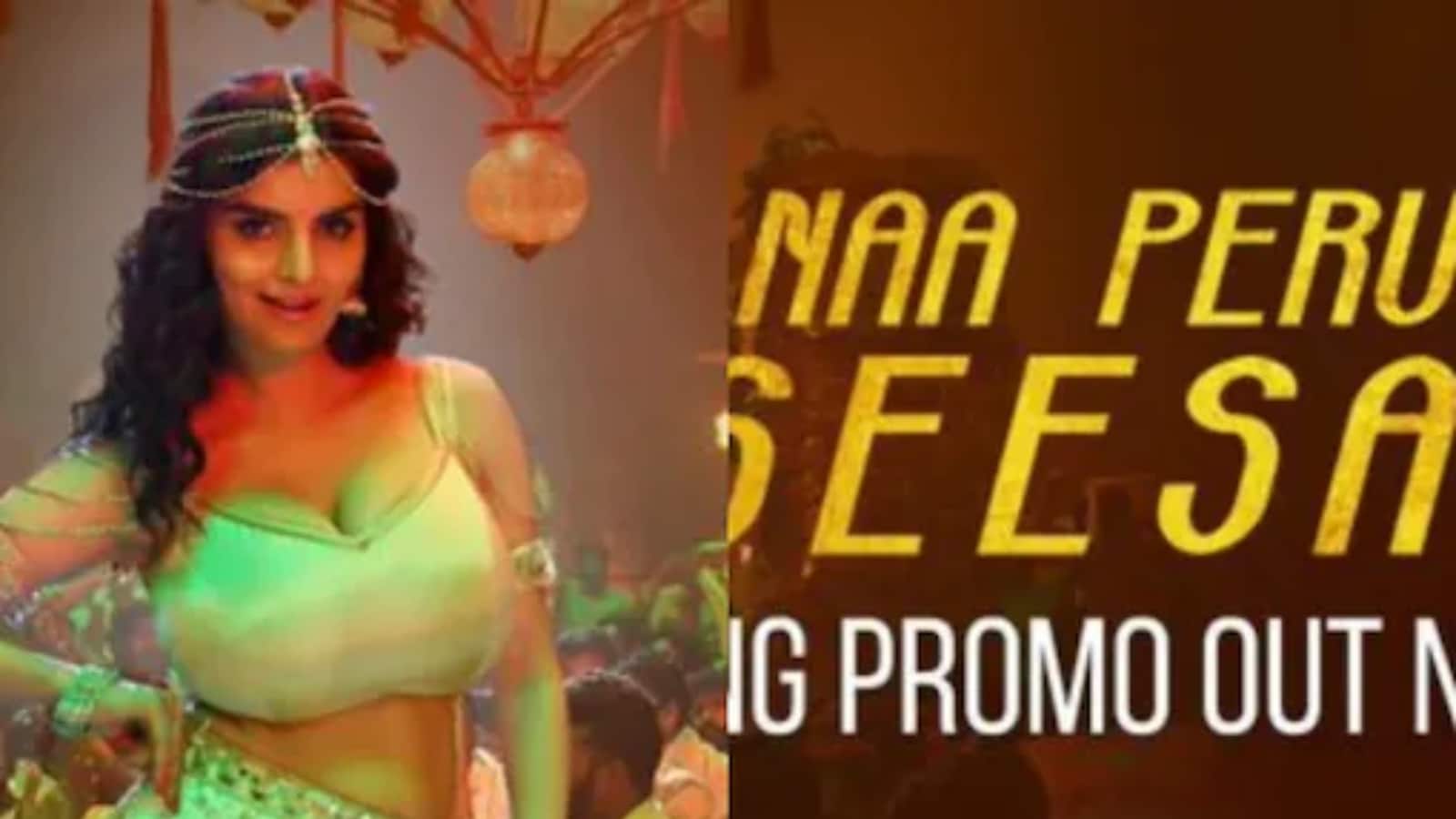 A teaser of the Naa Peru Seesa song from Ravi Teja-starrer Rama Rao on Duty is out, and it promises a mass masala entertainer. Actress Anveshi Jain has performed on the song, which has been sung by Shreya Ghoshal in her beautiful voice.

Sam C.S. peppy beats and Shreya’s melodious vocals have taken the song to another level. Chandra Bose has penned the lyrics for this number. Anveshi, on the other hand, has set the temperatures soaring with her moves. The full video of this song will be released tomorrow.

The audience is extremely delighted to hear Shreya’s voice after quite a long time. Many wrote that Shreya’s voice can just make any song beautiful. Going by the teaser, many are sure that Naa Peru Seesa will be a big hit.

This number has amped up the excitement around Rama Rao On Duty. This film is written and directed by Sarath Mandava. Nassar, Rajisha Vijjayan, Pavitra Lokesh, Divyansha Kaushik and others are also there in the film. Rama Rao On Duty has been bankrolled by RT Teamworks and Sri Lakshmi Venkateshwara Cinemas.

The film is Sarath’s second after Ko 2, which narrated the story of a man who kidnaps the state’s chief minister. Ko 2 garnered mixed reviews with many criticising direction, acting and bland storyline. Despite an interesting premise, Ko 2 failed to impress the audience.

Bobby Simha, who enacted the titular character, was severely criticised. Many also said that unnecessary songs were added, increasing the film’s length. Ko 2 is a remake of the film Prathinidhi directed by Prashanth Mandava. Prathinidhi was a hit but Ko 2 failed to live up to audience expectations.