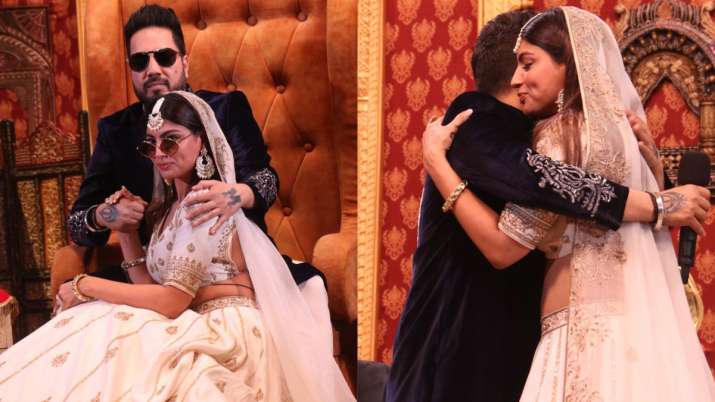 Swayamvar-Mika Di Vohti which has been airing on Star Bharat will witness the grand finale on July 25 where singer Mika Singh will announce the name of his wife. As per the latest media reports, Mika’s longtime friend and one of the contestants Akanksha Puri has been announced as the winner of the show which means the popular television actress has been selected by the singer to be his wife. Even in a few days, Akanksha had been able to capture Mika’s heart. His fans are also happy to see the chemistry they both share. Just a few days before the finale, Akanksha entered the show as the wildcard.

Mika and Akanksha have been friends for a long time now. Akanksha who rose to fame with her character Parvati in the show Vighnaharta Ganesha had claimed that they had both known each other for more than a decade. While talking to ETimes, she said, “It has been almost 13-14 years that we have known each other. We have been very close friends and been through each others’ ups and downs. I want my friend to become my partner.”

For the unversed, when Akanksha had gone in the Bigg Boss 15 rumours about her relationship with singer Mika Singh were rife. They were rumored to be dating each other. However, Akanksha had put an end to those speculations stating that they know too much about each other as they are very close friends. “Mika ke saath toh meri engagement aur shaadi bhi kara di hai logon ne (laughs). I know him for more than a decade now. Mika and I know way too much about each other to date. Kabhi kabhi kisi ko bahot zyada jaan’na bhi achha nahi hota. Mika is not someone whom I will get married to though we can play cupid for each other,” she told ETimes.

Meanwhile, Akanksha Puri was previously in a relationship with Bigg Boss 13 fame Paras Chhabra. The couple called it quits while Paras was in the reality show.

It would be exciting to know who will Mika choose as his wife on July 25.  Akanksha Puri will be competing against Prantika Das, Neet Mahal and Riya Kishanchandani in the finale.