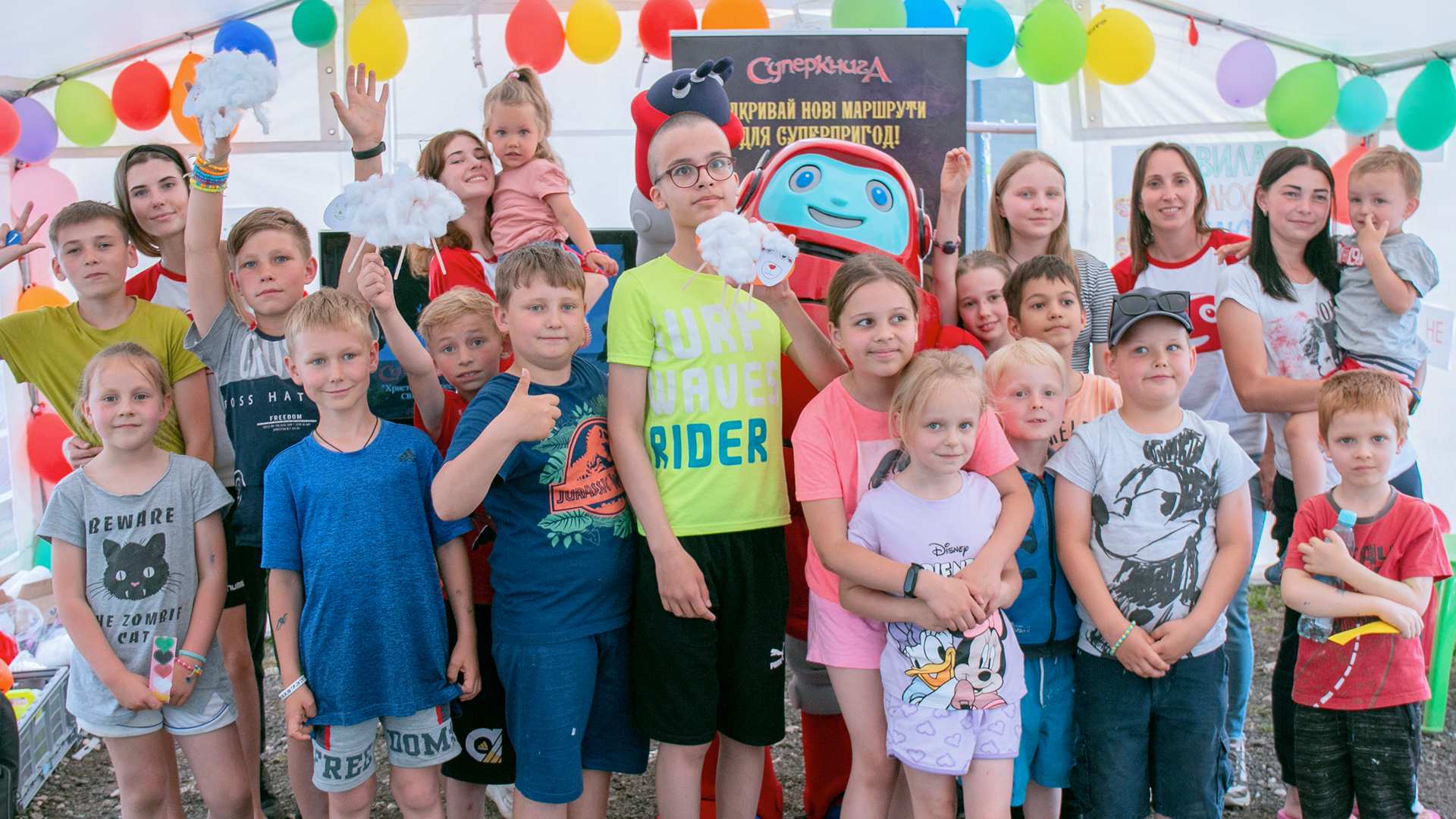 RZESZOW, Poland – There are no real winners in war and with Russia’s relentless attacks against Ukraine, millions of the country’s children have suffered the most.

Their innocent young hearts and minds are suddenly marred by horrifying sounds and images of bombs and death. Many of these children and their mothers are now in Poland.

To ease their trauma, a Filipino Superbook team traveled there to bring them God’s Word and Gizmo.

When Ukrainian mothers were asked why they left home and separated from their husbands, they replied, “It was for the sake of our children.”

Marina Rylowa and her family live in Kharkiv, the second-largest city in Ukraine and a major Russian target. She and her three children have been staying at a shelter in Poland for three months.

“It was so hard to leave the most important people in your family but our children wake up to the sound of the bombing at five in the morning. It is not safe for them anymore,” said Rylowa.

Rylowa told CBN News how her nine-year-old son, Roma, is giving her strength.

“The older sister was crying with the situation but Roma didn’t cry because he thinks he is now the man in the family and so he should be brave,” she said.

According to child psychologists, though, the effects of war on a child can last for a very long time.

This is why Superbook Philippines Head, Icko Gonzalez, says he pushed to bring Gizmo along with the Superbook team to create happier memories for these Ukrainian children.

“The first time we meet them, they have blank faces, not too sure if they will receive you or not but the moment you smile, the moment you hug, show love to them, they reciprocate,” Gonzalez said. “They want to know there’s somebody for them knowing that their parents might be fighting the war in Ukraine.”

Roma, along with the other children, enjoyed the games and fun activities provided by the team with the help of the Superbook Ukraine staff.

During the three-day camp, they were also delighted to watch Superbook’s “In the Beginning” and meet Gizmo, who is known to them as Robik, for the first time.

Rylowa said about Roma, “He was so excited to share with the family all the information he learned from Superbook. He learned not to be shy to people, forgive people.”

“True to the theme song of Superbook, what we’re bringing the kids is the Word of God,” Gonzalez stated. “As the song goes, ‘His Words forever alive, Superbook.'”

Our presence will be there for a while when we do activities with them but there’s one thing that will stay with them forever, that hope can be found in Jesus.

Ukrainian kids, Anya and Nazar, said they had so much fun in the Superbook camp. When asked what she learned from Superbook’s “In The Beginning,” Anya replied in English, “God loves.”

Rylowa is grateful for Superbook and shared how the program has left a much-needed impact on the children.

“I want to thank you all for making this program for the kids. It helps them to somehow forget this situation in Ukraine and what has happened to them,” she remarked. “It makes them happy to see all of this and to continue living with hope.”

Rylowa’s son, Roma, said, “I like watching the movie and playing games. My favorite is ‘In the Beginning’ the fight between God and the devil. God created the whole world, He is powerful and He can stop the war in Ukraine.”

After speaking with CBN News, Rylowa and her children went back to Kharkiv to be reunited with her husband. It is still not completely safe in their city but they go back with the renewed confidence that God is with them.