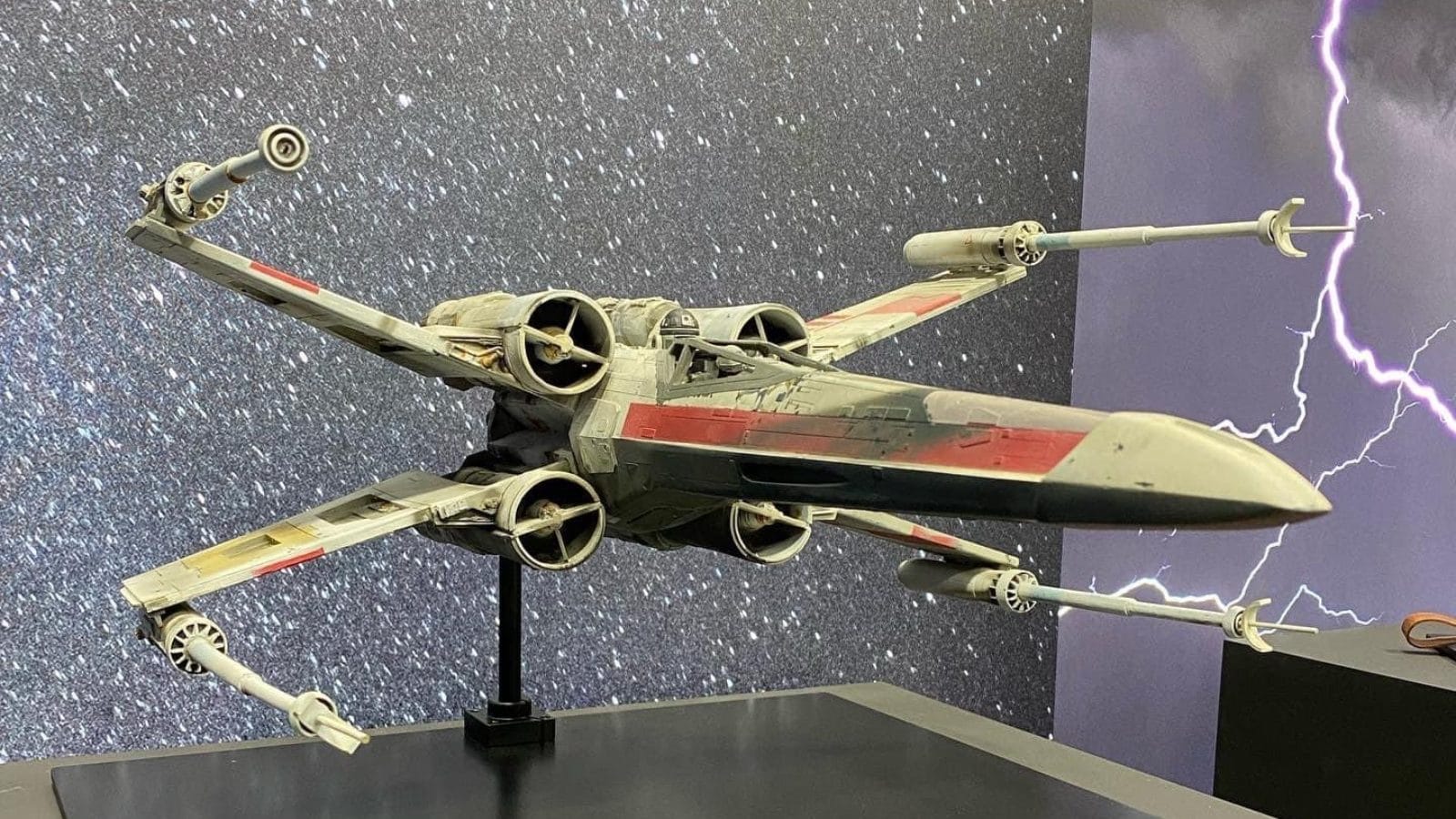 
An extremely rare original X-wing Starfighter used in the 1977 Sci-fi epic, Star Wars: A New Hope, has reportedly fetched a whopping USD 2,375,000, or roughly Rs 18.6 crores at an auction. The X-wing, in the movie, was used by the Red X-wing squadron leader Garven Dreis, a character played by late actor Drewe Henley.

The Starfighter model was auctioned by Propstore, one of the largest Hollywood memorabilia and collection auction houses in the world. The model was a miniature version of the spacecraft and was created by Industrial Light & Magic. The X-wing was one of the most memorable elements from George Lucas’ creation as it was evidence of the film’s state-of-the-art aesthetic and visual effects.

“The winner definitely stayed on target with this one!” read the caption accompanying the image of the Red Leader X-wing model up for auction.

The winner definitely stayed on target with this one!

The model that is up for auction is the only pyro model that survived the filming of the scenes involving the spacecraft. It is because the other models were destroyed by the pyrotechnics used in the movie’s climax battle at the Death Star.

Talking about this marvellous memorabilia of Star Wars, Propstore COO, Brandon Alinger, said, “This has been in a private collection for over 20 years, and the collector that had it believed it to be the original X-wing model from Star Wars,” as reported by Space.com. He added, “They actually did not realise what the full history of the piece was.”

The model that was sold at the auction was first used as Red Leader (Red One) pyro model, and after the shot was filmed, the damage due to the pyrotechnics was painted over and the model was used as Biggs (Red Three) by adding a few strips.