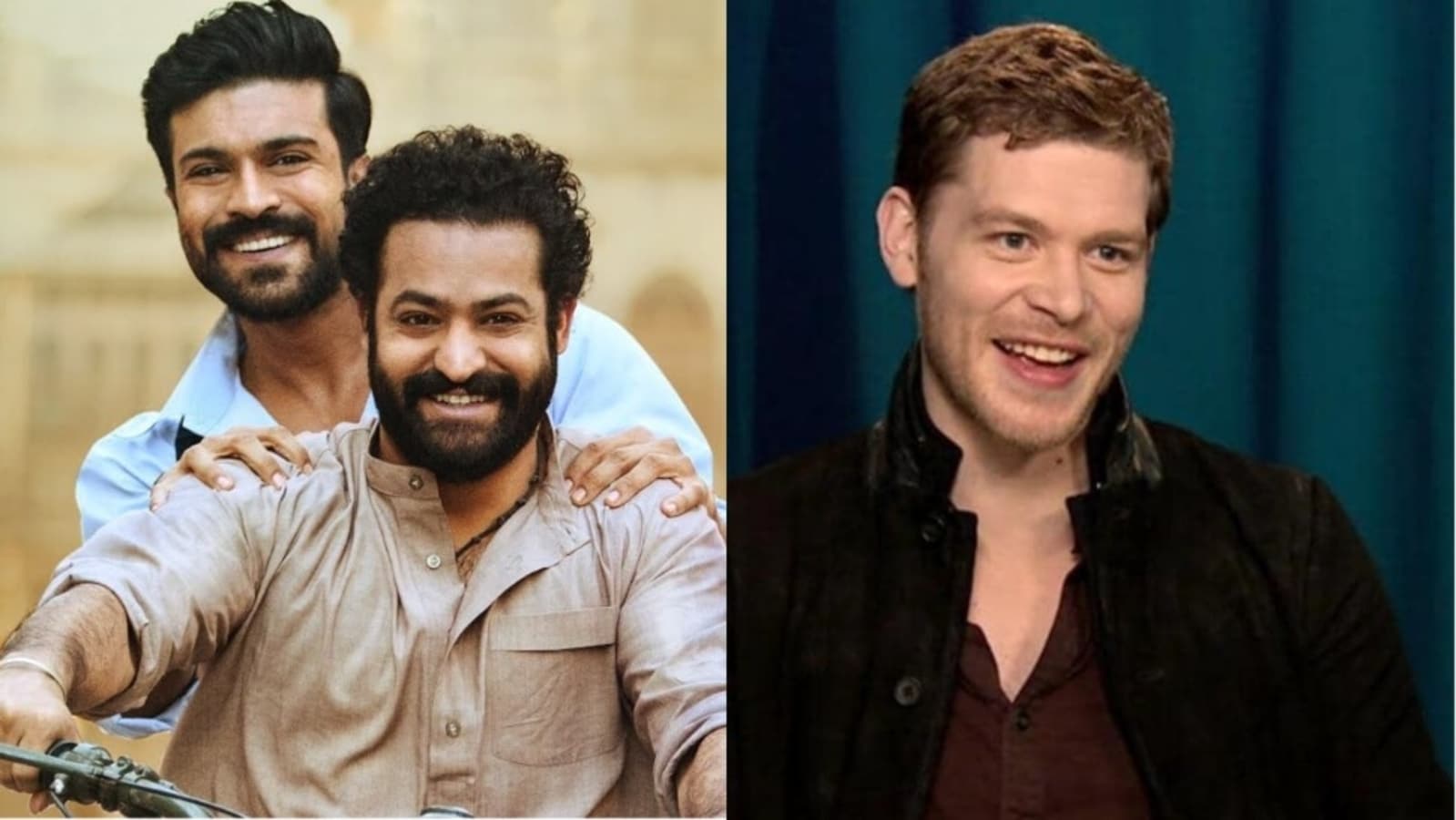 
SS Rajamouli‘s RRR has found two new fans and this time they are The Vampire Diaries actor Joseph Morgan and his wife-actor Persia White. Taking to Twitter, Joseph wrote, “Had a bit of time off shooting and @RealPersiaWhite and I watched two incredible movies. RRR & Everything Everywhere All At Once. Both were astounding. We laughed and cried and gasped in amazement. Just stunning cinema.” (Also Read | RRR gets praise from Batman Beyond, Captain America writer)

Replying to him, a fan wrote, “Thanks for watching @RRRMovie.” Joseph responded, “It was an absolute masterpiece, from start to finish. I’ve been thinking about it ever since.” RRR features Ram Charan and Jr NTR in the lead roles. The film also starred Alia Bhatt and Ajay Devgn.

The official Twitter account of RRR Movie wrote, “Klaus…Thank you so much for loving RRR & Spreading the word.” He replied, “I really loved it. Just a joy from start to finish.” Re-sharing Joseph’s tweet, Netflix India said, “Dear Diary, Today I found out that Klaus and I are mind blown by the same films.”

This is not the first time that a Hollywood celebrity has praised RRR. Earlier this month, comic books Batman Beyond and Captain America writer Jackson Lanzing wrote on Twitter, “Hey Jackson, was RRR the best time you’ve ever had at the movies?” followed by actor Ram Charan’s GIF giving a thumbs up. RRR Movie’s Twitter account shared the tweet saying, “Another day, another round of applause for #RRR…From the writer of DC’s Batman Beyond and MARVEL Comics’ Captain America, Kang and more.”

Doctor Strange screenwriter Robert C Cargill wrote about RRR on Twitter, “Friends came over last night to initiate me into the cult of RRR (RISE ROAR REVOLT) and I’m here to report I am now fully, truly, deeply a member. This is the craziest, most sincere, weirdest blockbuster I’ve ever seen. I’m pretty sure Jess and I are watching it again this week.”

Actor-comedian Patton Oswalt shared several tweets complimenting RRR, “If this ISN’T playing near you in IMAX then this is the next best way to watch it. F***** @RRRMovie is insane.” Team RRR then thanked the actor in reply to the tweet. Patton then tweeted, “You guys are out of your f****** minds, you should not be allowed to make films, and I can’t wait to see what you do next.”

RRR is a fictionalised story of two revolutionaries in the 1920s in India. It has grossed over ₹1100 crore at the box office, becoming one of the highest-grossing Indian movies. RRR also added another feather to its cap as The Hollywood Critics Association nominated the film for Best Picture for Midseason Awards. This is the first time that an Indian film has been given the honour.