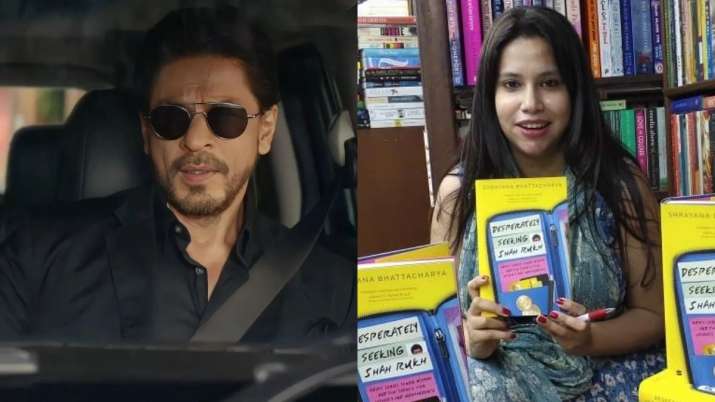 SRK meets ‘Desperately Seeking Shah Rukh’ author Shrayana Bhattacharya, thanks her for THIS


Author Shrayana Bhattacharya on Monday said she finally met her “hero”, superstar Shah Rukh Khan and presented her book, “Desperately Seeking Shah Rukh” to him at his Bandra residence here. In an Instagram post, Bhattacharya said she sat down with Khan for an hour-long meeting at ‘Mannat’ on Sunday.

“They say you should never meet your heroes. Whoever wrote/thought that had clearly never encountered @iamsrk After meeting him for an hour at Mannat last night, I can only say that he is superhuman, not of this universe, yet the most humane. A million thanks to @poojadadlani02 without whom this would not have happened,” she wrote.

In her post, Bhattacharya continued that the book had finally reached “its intended destination”, Khan’s home library as she shared a picture of the title placed in one of the bookshelves.

Bhattacharya also shared pictures of the handwritten note Khan wrote for her. True to his signature wry wit, in his message the Bollywood star thanked the women who love him and expressed gratitude towards the author for “putting me to some good use”.

“My love and thanks to you and all those wonderful women who like me so much. More power to you and your tribe,” Khan wrote in the note shared by Bhattacharya.

According to the publishing house, “Desperately Seeking Shah Rukh” maps the economic and personal trajectories – the jobs, desires, prayers, love affairs and rivalries – of a diverse group of women.

“Divided by class but united in fandom, they remain steadfast in their search for intimacy, independence and fun. Embracing Hindi film idol Shah Rukh Khan allows them a small respite from an oppressive culture, a fillip to their fantasies of a friendlier masculinity in Indian men,” the synopsis reads.

Khan will be next seen on this big screen in his upcoming actioner “Pathaan”, set to be released in January. He will follow it up with “Dunki”, which will hit the screens in December 2023.