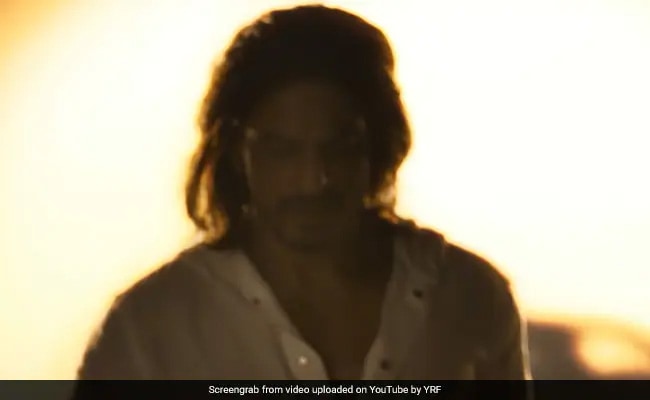 SRK in a still from the video (courtesy:

Ever since Siddharth Anand announced the release date of his upcoming film Pathaan, co-starring Shah Rukh Khan, Deepika Padukone and John Abraham, fans are excited to watch the movie. Earlier this month, the star cast of the film jetted off to Spain for shooting, and soon after some pictures of Shah Rukh and Deepika leaked from the sets on all social media platforms. Now, almost after a month director wrapped up the Spain schedule and revealed his experience of shooting with Shah Rukh and Deepika. He said it turned out beyond what they had envisaged. He also opened up about his plans associated with the film.

“The Spain schedule of Pathaanhas turned out beyond what we had envisaged and we are absolutely thrilled about it! This is a film that commands massive scale and I’m very happy with what we achieved! This is going to be a visual treat for the audiences. The fact that we could finally pull off such a magnificent Spain schedule without any hassle whatsoever is a huge feat for the entire production,” ANI quoted Siddharth Anand.

Speaking about Pathaan, Sidharth added that he intends to make it the ‘biggest event film of India’. He elaborated, “As a director, I strive to make every film of mine a bigger experience for the audience than my last film and I have a personal ambition to make Pathaan a film that is at par with any film made anywhere in the world.”

Pathaan will mark the return of superstar Shah Rukh Khan to the silver screen after four years. Also, it will be the third project of Shah Rukh with Deepika Padukone. The film is scheduled to release next year on January 25 in Hindi, Tamil and Telugu.