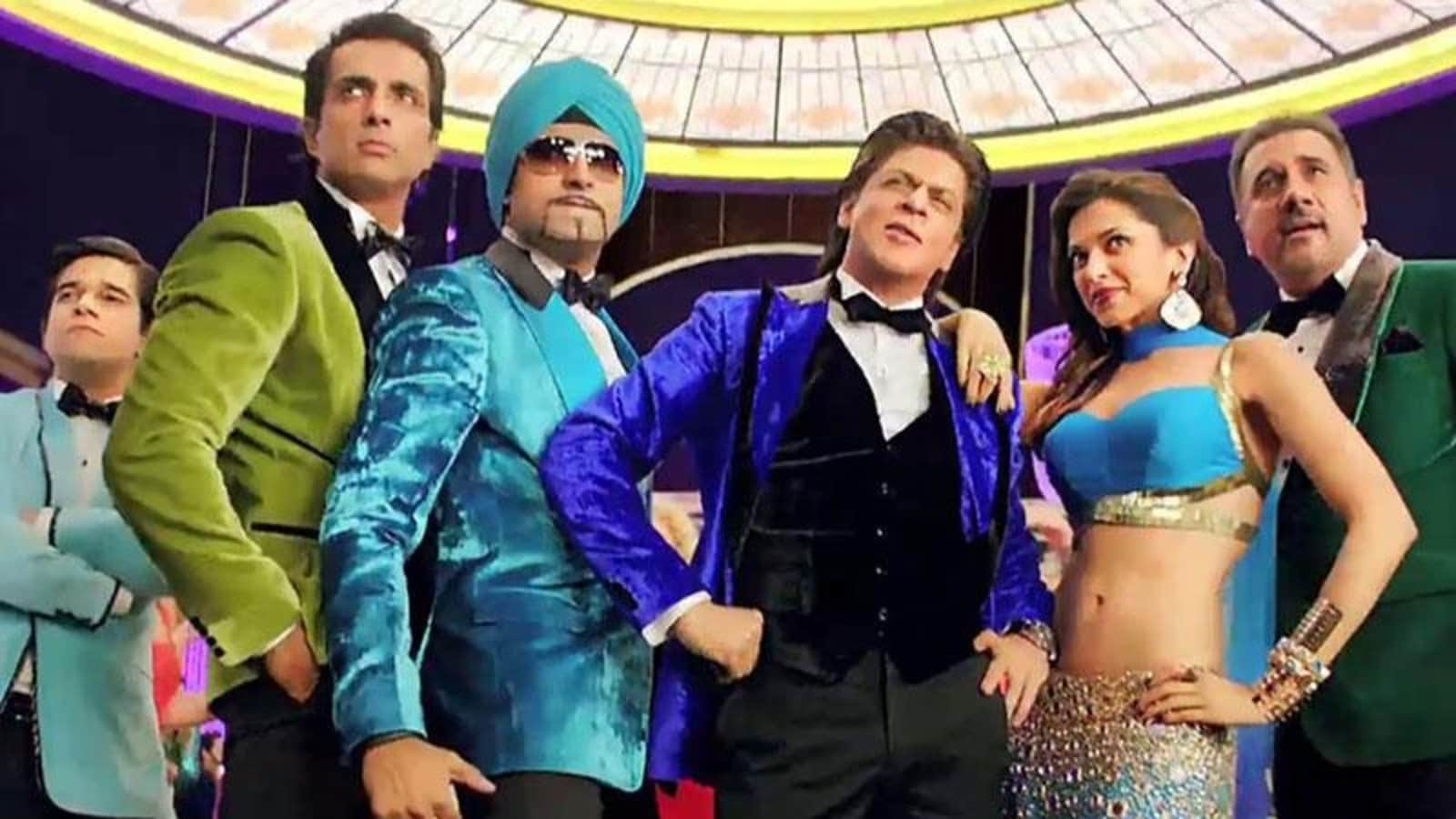 Sonu Sood has revealed that he is not a party person and used to avoid it even if asked by Shah Rukh Khan and Deepika Padukone. Sonu worked with Shah Rukh and Deepika in Happy New Year, which also starred Abhishek Bachchan, Boman Irani, and Vivaan Shah. The film, directed by Farah Khan and produced by Shah Rukh’s Red Chillies Entertainment, was released in 2014. Also Read| Fan wants Sonu Sood to distribute chilled beer this summer, actor asks if he’d like ‘bhujia’ with it

Sonu recently recalled that Shah Rukh, Deepika Padukone, and other members of the Happy New Year would invite him to parties while they worked together on the action-comedy heist film. However, he would sneakily avoid the parties. He also recalled forming a great bond with Shah Rukh while working with him on the film.

The actor was asked to name one thing that he feels uncomfortable about and that no one would be able to make him do on-screen or off-screen. In response, Sonu told Siddharth Kannan that he usually does whatever is asked of him, except one thing. The actor revealed, “The one thing that people will find difficult to make me do is to make me party. I remember that when we were travelling during Happy New Year, Shah Rukh, Deepika and others would say ‘let’s party.’ Mai dhire se nikal jaata tha (I would sneak out). Mere saath party karna bada mushkil kaam hota hai (Partying with me is a tough task).”

In another part of the interview, Sonu was asked to name one actor to whom he feels connected by the heart, and he replied, ‘I will say Shah Rukh.’ He added, “I have got a great bonding with him.” Asked what makes that bond very special, Sonu said, “I think he is a great listener and during Happy New Year days we spent a lot of time together. And he really takes care of you as an elder brother, as a producer, and I think I bonded with him well.”

Sonu is currently working on the TV show, MTV Roadies. The 18th season of the show will premiere on April 8. In terms of films, the actor will be next seen in Dr Chandraprakash Dwivedi’s Prithviraj, which stars Akshay Kumar in the title role and also marks the acting debut of former Miss World Manushi Chhillar. Sanjay Dutt will also be seen in the film based on the life of medieval Indian king Prithviraj Chauhan, which is set to release on June 3 in Hindi, Tamil, and Telugu languages.