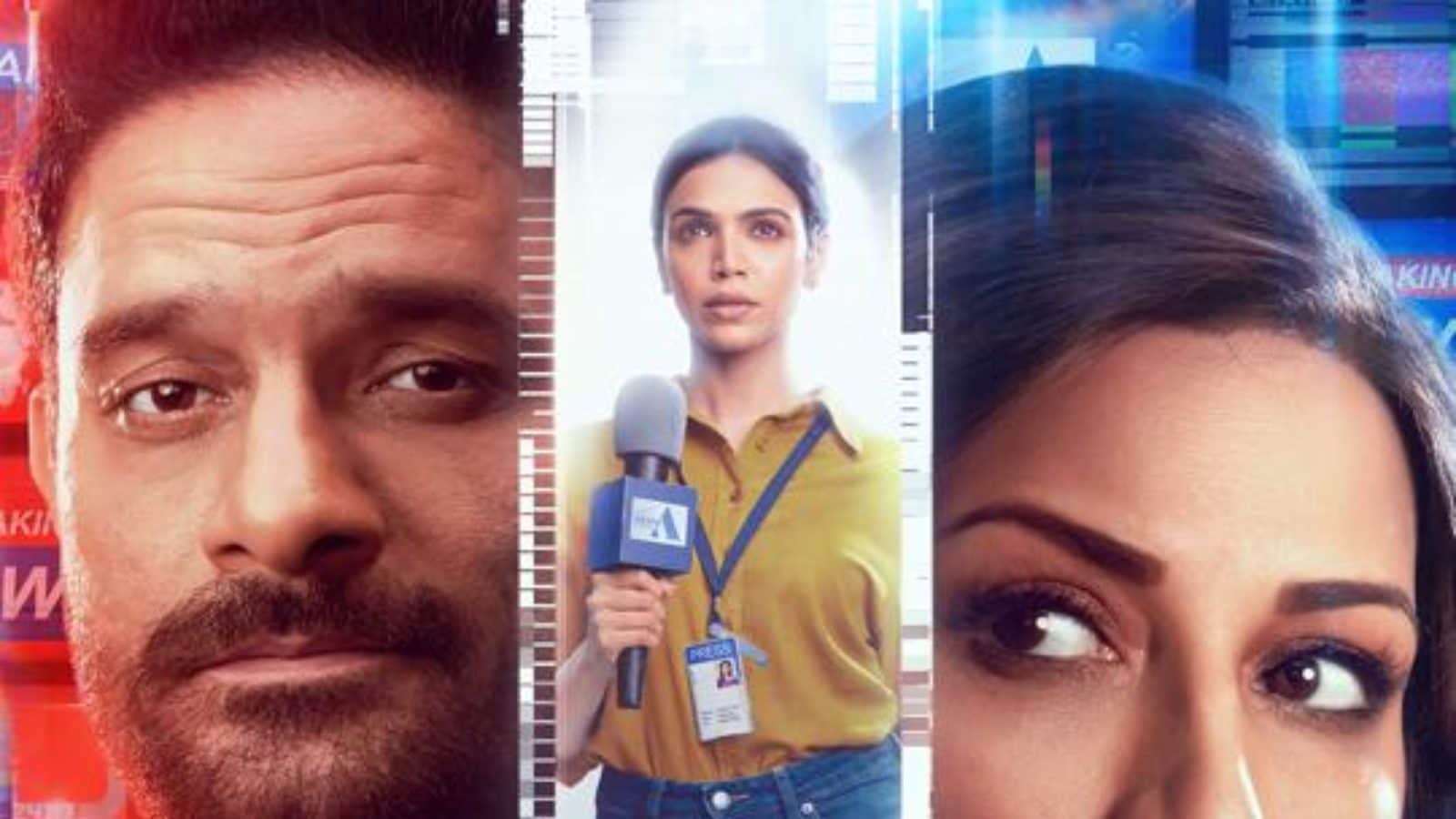 The Hum Saath Saath Hain actress took to her Instagram handle and dropped the show’s intriguing trailer. Along with the video, she also penned a note for her co-actors in the show.

The two-minute-eleven-second trailer of the series revolves around two rival news networks and reveals the lives, lies, love and struggles of a dynamic group of journalists. Awaaz Bharati is an ethical and a credible news channel, headed by Editor-In-Chief Amina Qureshi (played by Sonali Bendre) and Josh 24/7 News, headed by Editor-In-Chief Dipankar Sanyal (played by Jaideep Ahlawat), is India’s No.1 news channel as per TRPs but believes in brash sensationalism and invasive journalism. Between these two extreme characters is Radha Bhargava (played by Shriya Pilgaonkar) who believes in ethical journalism but is frustrated with the restrictions which come along.

As seen in the trailer, ‘The Broken News’ is a tale of the clash of these two disparate worlds, their conflicting ideologies and their incompatible ethics. It shows the reality behind our daily news – the business and the politics of it and the behind-the-scenes action as these journalists try to balance work, ambition and integrity, amid the never-ending pressure to deliver ‘Breaking News’.

Divulging her thoughts on the show, Sonali said, “I couldn’t have asked for a better introduction on OTT platforms than with ‘The Broken News’ on ZEE5. I connected with the concept as soon as I heard it as It’s so relevant for the times we’re living in. The entire crew and my amazing co-stars Jaideep and Shriya made my return to acting such an amazing experience. I’m so excited to share what we’ve created.”

Jaideep Ahlawat too talked about his character in The Broken News. He said , “I love exploring complicated and nuanced characters and Dipankar Sanyal is one such dream character. We are poles apart and maybe that’s why it was so much fun walking in his shoes. Also, it was a pleasure collaborating with ZEE5 again and with BBC Studios for the first time. I am excited for the show’s premiere, and I am certain it will make a strong impression on public consciousness.”

Shriya Pilgaonkar said, ‘A series like ‘The Broken News’ is incredibly relevant today. I like stories and characters which not only entertain but also raise poignant questions. Playing Radha Bhargav did just that which made it personally very exciting for me. To add to that, it was an absolute privilege working with Jaideep Alhawat and Sonali Bendre, two actors that I admire immensely and whom I can now call my friends. ‘The Broken News’ was a creatively fulfilling experience”.

Produced by BBC Studios India and directed by Vinay Waikul, the drama series is an official adaptation of the popular British series ‘Press’. ‘The Broken News’ will premiere on 10th June in Hindi, Tamil, Telugu, and Kannada and will be accessible across 190+ countries only on ZEE5.