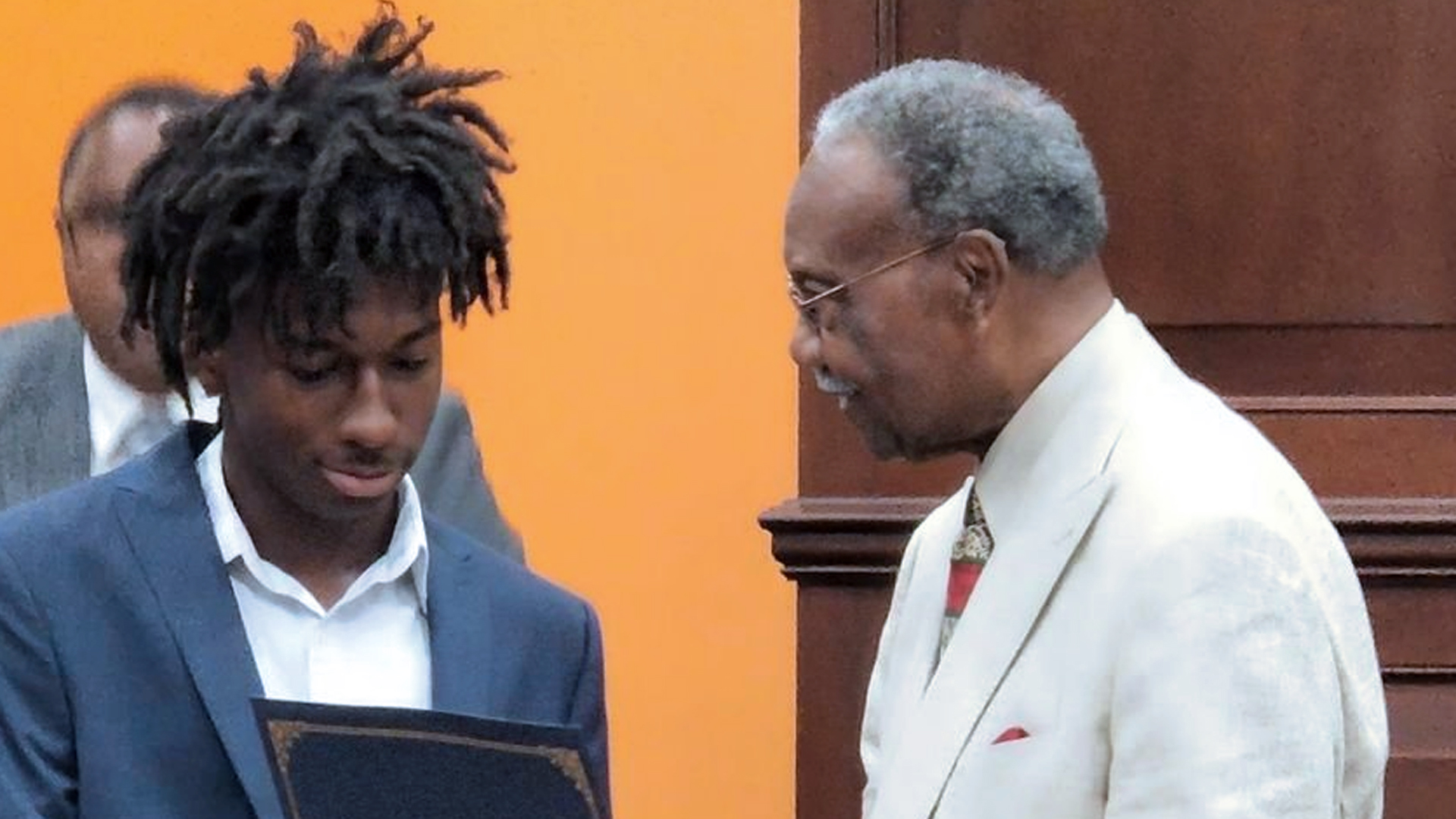 ‘So Thankful for Him’: Mississippi Teen Saves 4 Lives, Including Police Officer, After Car Plunges Into River

A 16-year-old Mississippi teen is getting a lot of attention for his bravery after jumping into the Pascagoula River on Sunday and saving three people as their car began to sink.

In a statement released by Moss Point Police Department, Corion Evans jumped into action after he saw a vehicle carrying three females plunge into the water.

“We commend Mr. Evans’ bravery and selflessness he displayed by risking his own safety to help people in danger. If Mr. Evans had not assisted, the situation could have turned out differently, instead of all occupants being rescued safely. All part(ies) involved are doing well,” the statement reads.

The department noted that the driver claimed to be following her GPS directions before the accident happened.

Corion told WLOX News that he couldn’t just stand there and watch the victims die.

“I was just like, ‘I can’t let none of these folks die. They need to get out of the water.’ So, I just started getting them,” he said. “I wasn’t even thinking about nothing else.”

He even helped save Officer Garry Mercer who was attempting to rescue the victims but began swallowing water.

“I turned around … I see the police officer,” Corion recalled. “He’s drowning. He’s going underwater, drowning, saying, ‘Help!’ So, I went over there. I went and I grabbed the police officer and I’m swimming him back until I can walk.”

Corion told WLOX that getting everyone back to shore was difficult because the vehicle was 25 yards away from land.

“My legs were so tired after,” he explained. “Anything could’ve been in that water, though. But I wasn’t thinking about it.”

Moss Point city officials presented Corion with a certificate of commendation for his heroism on Tuesday and commended Officer Mercer for his bravery during the rescue.

Corion was also thanked by one of the victims he saved, Cora Watson.

“This man right here saved my life right before my last breath,” Watson wrote in a July 4 Facebook post. “I’m so thankful for him.”

The teen’s mother, Marquita Evans, also celebrated her son’s boldness to step up and do the right thing.

“My hero,” she wrote Sunday on Facebook. “My son saved 4 lives last night while risking his own life … so proud of you son for not giving up and saving lives!”