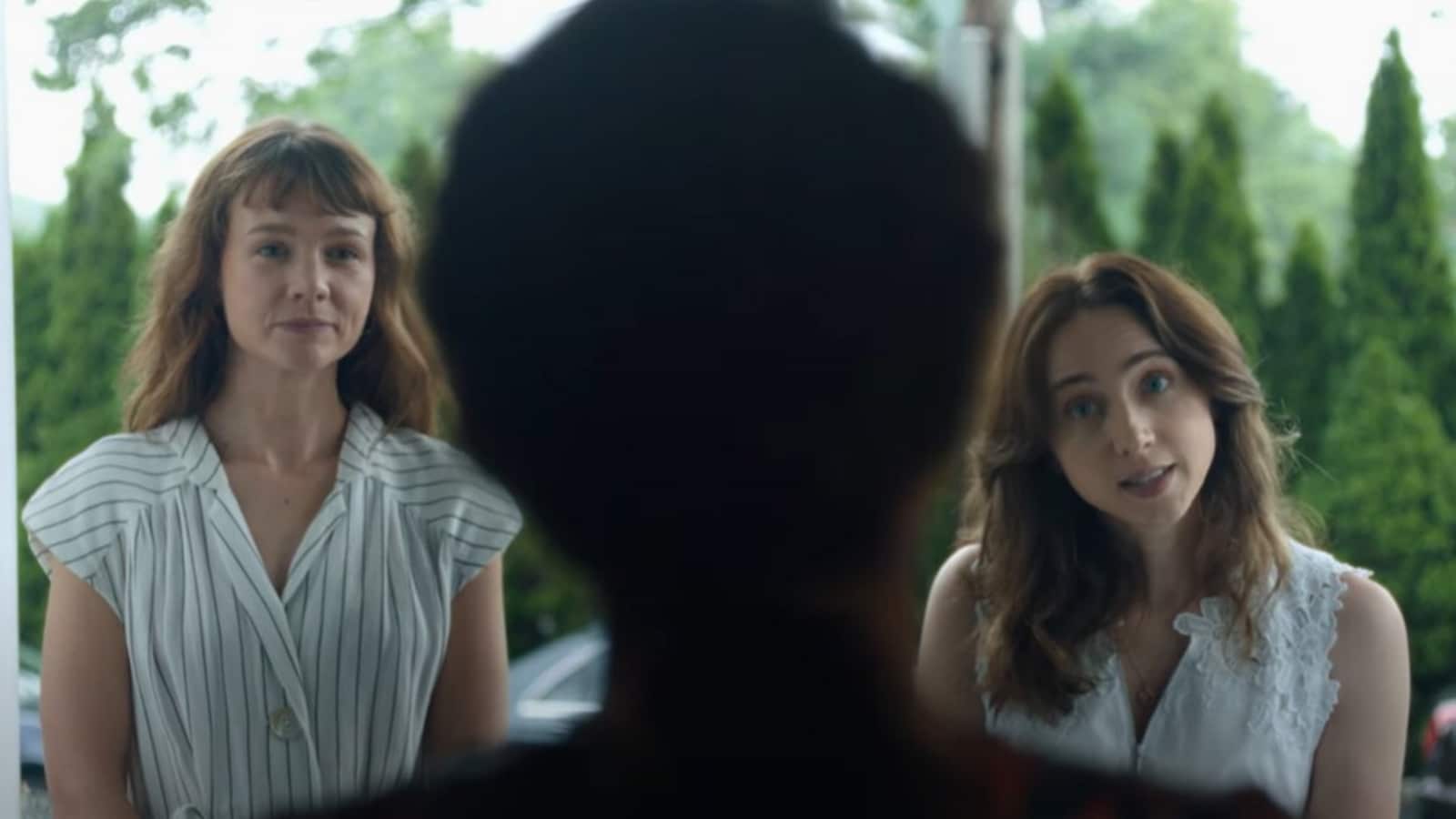 The first trailer of the much-awaited drama She Said released on Thursday and gave a glimpse into how two reporters uncovered the crimes of former film producer Harvey Weinstein. Carey Mulligan plays Megan Twohey, while Zoe Kazan plays Jodi Kantor in the film, which is an adaptation of Megan and Jodi’s book of the same name. The film will release on 18 November. Also Read| No Time to Die director Cary Fukunaga accused of sexual misconduct by multiple young actors

The film adaptation of She Said will tell the inside story of how Megan and Jodi, The New York times reporters, brought down Harvey’s empire. The Universal Pictures UK film, directed by Maria Schrader and adapted for the big screen by Ida and Colette writer Rebecca Lenkiewicz, will document how Megan and Jodi ‘together broke one of the most important stories in a generation’. The trailer showed how Jodi (Zoe) began an investigation into the story, and later formed a partnership with Megan (Carey).

It showed them trying to break the silence of Harvey’s victims, many of whom were bound by Non-Disclosure Agreements. Witnesses shut doors on their faces, cut their calls, and Harvey’s team denied the allegations, but the duo continued to try to break the story. Towards the end, they decide that the only way the victims are going to speak up against Harvey is if they all do it together.

Megan and Jodi conducted an extensive investigation into the sexual abuse allegations against Harvey Weinstein in 2017. The former film producer was accused of sexual harassment or rape by more than 80 women, and was later sentenced to 23 years in prison. The case had also given rise to the #MeToo campaign on social media, which saw women all across the world coming out with stories of facing sexual abuse, including those committed by powerful men. Megan and Jodi, who won a Pulitzer prize along with The New Yorker’s Ronan Farrow for their investigation, later wrote a book She Said documenting it.

She Said also stars Patricia Clarkson, Andre Braugher and Samantha Morton. It is produced by Brad Pitt, Dede Gardner and Jeremy Kleiner for Plan B Entertainment, while the executive producers are Oscar-nominees Megan Ellison and Sue Naegle for Annapurna Pictures.