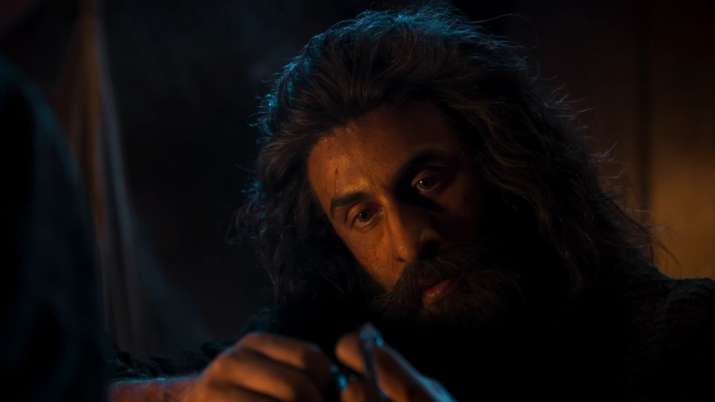 
Shamshera Twitter Review and Reaction: Ranbir Kapoor, Sanjay Dutt, and Vaani Kapoor-starrer Shamshera has hit theatres across India. The film also marks Ranbir’s return to the silver screen after almost 4 years and fans were waiting to see him in a never-seen-before avatar. He is playing a larger-than-life quintessential Hindi film hero with the actioner. The story of ‘Shamshera’ is set in the fictitious city of Kaza, where a warrior tribe is imprisoned, enslaved and tortured by a ruthless authoritarian general Shuddh Singh, played by Dutt.

Shamshera was released on more than 4000 screens across the country. Before the release, Ranbir’s transformation piqued a massive interest of fans and now, the film is gaining rave reviews on social media. Early reviews for Shamshera have started pouring on Twitter. The audience feel that film scores big on cinematography, action, look and background music, while Ranbir Kapoor’s return to the theatres contributes as the biggest factor to drawing the audience to the cinema halls.

A user wrote, “#Shamshera FINALLY A DECENT MOVIE FROM BOLLYWOOD!! The best movie so far to have released out of Bollywood this year. Ranbir performance as his dual character was a treat. Story was decent, action was top notch. I definitely recommend watching this with family in theatres!” Another said, “Just finished watching shamshera and it’s really out of the box. acting, bgm, songs, story, climax everything is top notch Ranbir Kapoor carrer best performance after sanju. This is sure shot blockbuster #Shamshera #RanbirKapoor #SanjayDutt.”

Shamshera also stars Ronit Roy, Saurabh Shukla and Ashutosh Rana in pivotal roles. It is the story of a man who became a slave, a slave who became a leader and then a legend for his tribe. He relentlessly fights for his tribe’s freedom and dignity. The high-octane, adrenaline-pumping entertainer is set in the 1800s in the heartland of India.