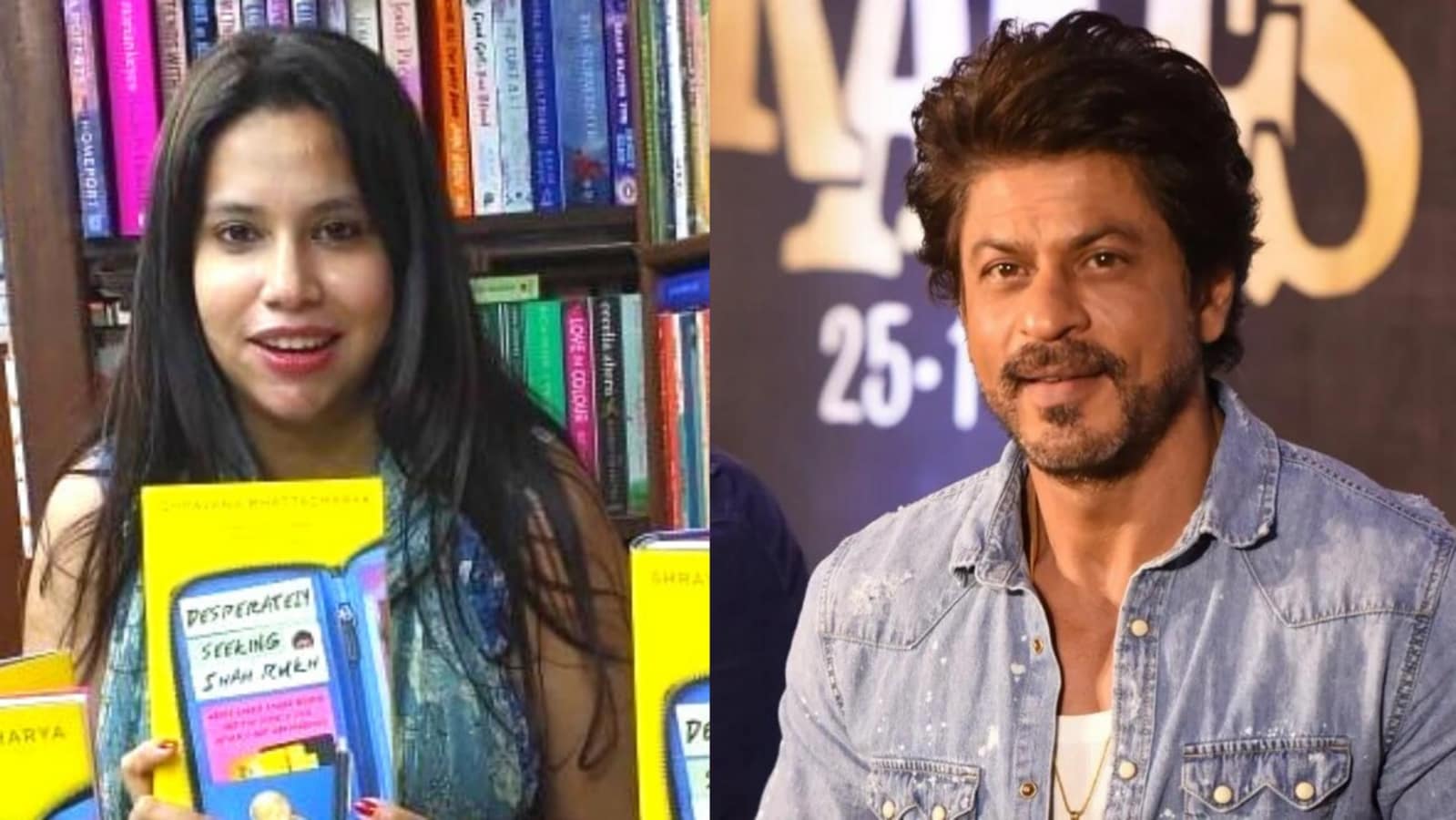 
Author of Desperately Seeking Shah Rukh, Shrayana Bhattacharya, finally got a chance to meet her ‘hero’ Shah Rukh Khan. Shrayana met SRK at his residence Mannat on Sunday. She took to Instagram and revealed that SRK spent around an hour with her, and also gave her a handwritten note with his autograph. Also Read: Shah Rukh Khan’s home Mannat trends on Twitter after fans notice new name plate: ‘It’s an evolution’

Sharing the photo of the note, Shrayana wrote, “They say you should never meet your heroes. Whoever wrote/thought that had clearly never encountered @iamsrk After meeting him for an hour at Mannat last night, I can only say that he is superhuman, not of this universe, yet the most humane. A million thanks to @poojadadlani02 without whom this would not have happened. The book has finally reached its intended destination: his library at Mannat. Yes, we took photos. But woh kitaab ki one year anniversary par post karenge (Will post our pictures on my book’s one year anniversary) #finallyfoundshahrukh.”

On the note, SRK wrote a beautiful message for Shrayana. It reads, “Thank you for putting me to some good use. My love and thanks to you and all those wonderful women who like me so much. More power to you and your tribe.”

Comedian Aditi Mittal commented, “Absolutely ridiculous. God he’s so humble and why how dare he.” One person commented, “So glad to hear this! Yes, he is all that,” and another one wrote, “This is so so amazing. I can’t believe my eyes.”

Shrayana’s book Desperately Seeking Shah Rukh was released in 2021. A description from Goodreads says, “Embracing Hindi film idol Shah Rukh Khan allows them a small respite from an oppressive culture, a fillip to their fantasies of friendlier masculinity in Indian men. ” “A most unusual and compelling book on the female gaze, this is the story of how women have experienced post-liberalization India,” it added.

Last week, Shah Rukh shared a video on Instagram, announcing his collaboration with filmmaker Rajkumar Hirani in a film titled Dunki. Although he didn’t reveal much detail about the film, but announced that it will hit the screens on December 22, 2023. Before Dunki, Shah Rukh will be seen in the action thriller Pathaan, which also stars Deepika Padukone and John Abraham. Helmed by Siddharth Anand, the film hits the screens on January 25, 2023.