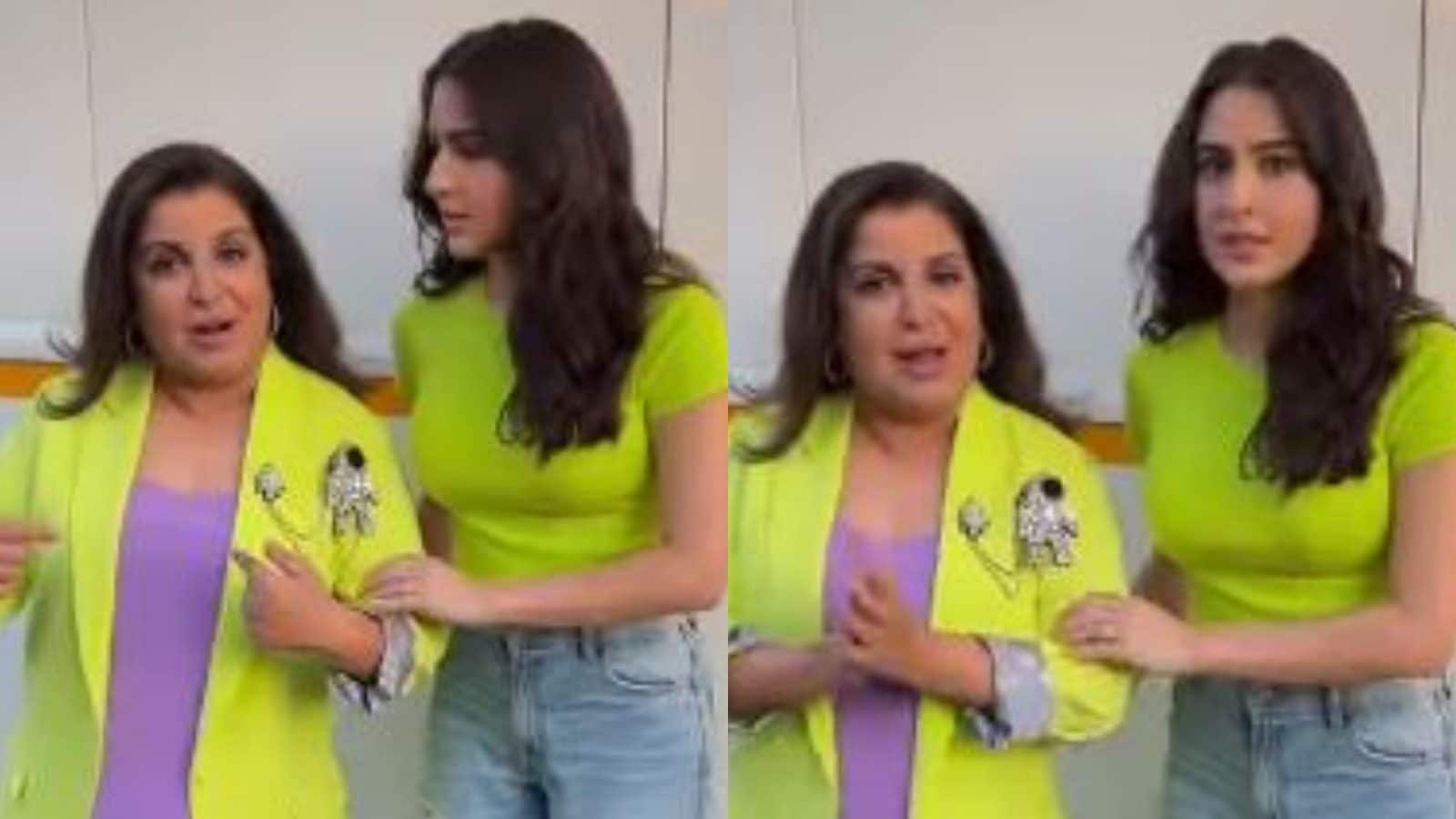 
Sara Ali Khan is one of the most popular and gorgeous GenZ stars in Bollywood. The actress is an avid social media user and enjoys a huge fan following. The Love Aaj Kal star likes to keep her fans entertained with her amusing posts. Maintaining the trajectory, the Atrangi Re actress took to Instagram and treated fans to another clip from her ‘Namaste Darshakon’ series. Sara Ali Khan visited the sets of stand-up comedy show hosted by Khatra Khatra Khatra hosted by Bharti Singh and her husband Haarsh Limbachiyaa.

In the video, we see Karan Johar as he turned the cameraman as he recorded Sara along with filmmaker Farah Khan. In the clip, we see Sara dressed in a neon green crop top and blue ripped denim as she greeted fans saying, “Namaste Dasrshakon, I’m Sara,” and Farah join in saying, “ and I am Farah,” Sara then adds, “We are shooting in Mud where the water is Khara (Salty),” and we both have worn “Hara, Hara,” post this Sara cuts in to say, “Farah ma’am, jaldi chalo baj rahe hain nearly barah (it is about to clock 12).”

Towards the end Farah ends the video by showcasing her singing skills, “But let’s sing your father’s song first Dil Hara Re,” leaving Sara embarrassed. The actress then waves at the camera as she says bye. Farah too follows her saying Sara, Sara. The quirky video is a fun clip that gave fans a glimpse of the delighftul moments they have behind the scenes.

Taking to the captions, Sara, just like she does with every social media post, gave a poetic caption. She wrote, “Miss Green 💚With the Dancing Queen 👸We’re matching, we’re Rangeen 🌈Yeh shots ke between 🎥It’s time to be fun and Haseen 😃.”

The fun BTS video left Sara and Farah’s Bollywood friends, and fans in splits as they flooded the post with hilarious comments.

The show Khatra Khatra Khatra sees various TV celebs and movie stars as they perform fun physical tasks as a part of the completion. The show airs on Colors TV and Voot.