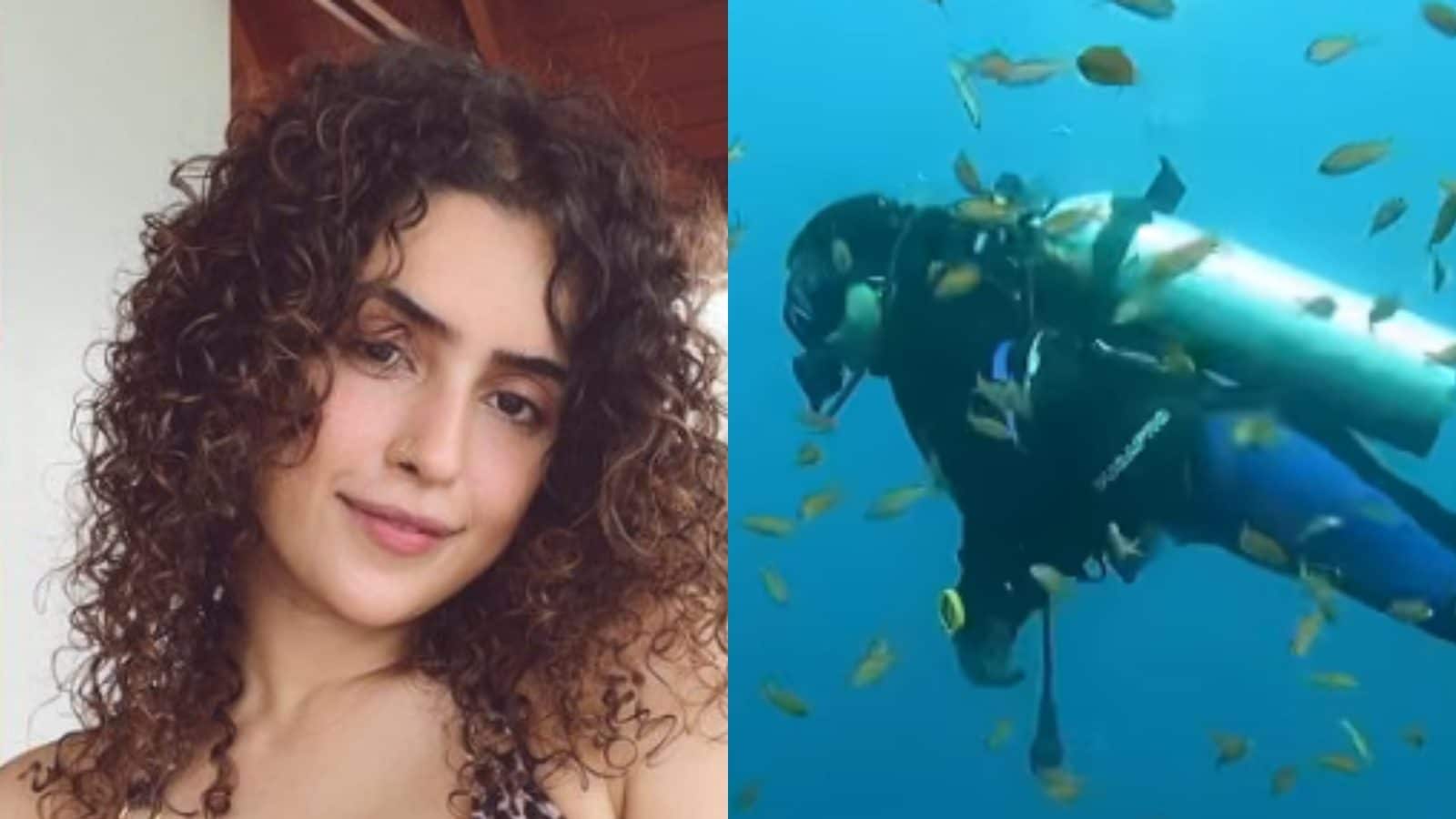 
The stunning Sanya Malhotra has, yet again, got the opportunity to flaunt her recent love affair with bikinis, after she was summoned by beaches and couldn’t decline. Starting the weekend on the right note, Sanya treated her fans to the glance of her weekend getaway, via social media. Indulging in some great beach and sea moments, the actress dropped a series of her vacay pictures on her official Instagram account on Saturday. The actress didn’t only make us envious of her weekend getaway, but also sent all her fans into a frenzy with an alluring beach look. What further intrigued her Instagram family, was her indulgence in the water adventure sports.

Sanya shared a series of pictures with a handful of emoticons, which completely defined her getaway. Starting her post with the picture of herself, Sanya appeared dreamy in a leopard print bikini, with open messy curls and flawless skin, with no makeup on. In the picture, the actress can be seen sitting on the patio and striking a pose for the camera. Sanya’s carousel post also has a video of serene lapping sea waves, which appear magnificent as ever. Next, the actress posted a picture of a coconut tree and a video of a boat moving with the waves.

The actress also included a close-up selfie of herself, wherein one can admire Sanya’s glowy skin with subtle gold nose ring, and the view in the next picture will surely take your breath away.

But what amused us the most was Sanya’s captivating scuba diving session, which gave the glimpses of a beautiful shoal of fish and an enchanting huge sea turtle, in the foreground. Keeping up with her trajectory of capturing mesmerising aquatic life, Sanya also shared a video of a sneaky crab on the seashore. See her post here:

Meanwhile, on the professional front, Sanya was last seen in Love Hostel opposite Vikrant Massey. The romantic thriller also featured Bobby Deol as the antagonist. Next, she will be seen in Sailesh Kolanu’s HIT – The First Case, opposite Rajkummar Rao. The action thriller will hit the theatres on July 15 this year.