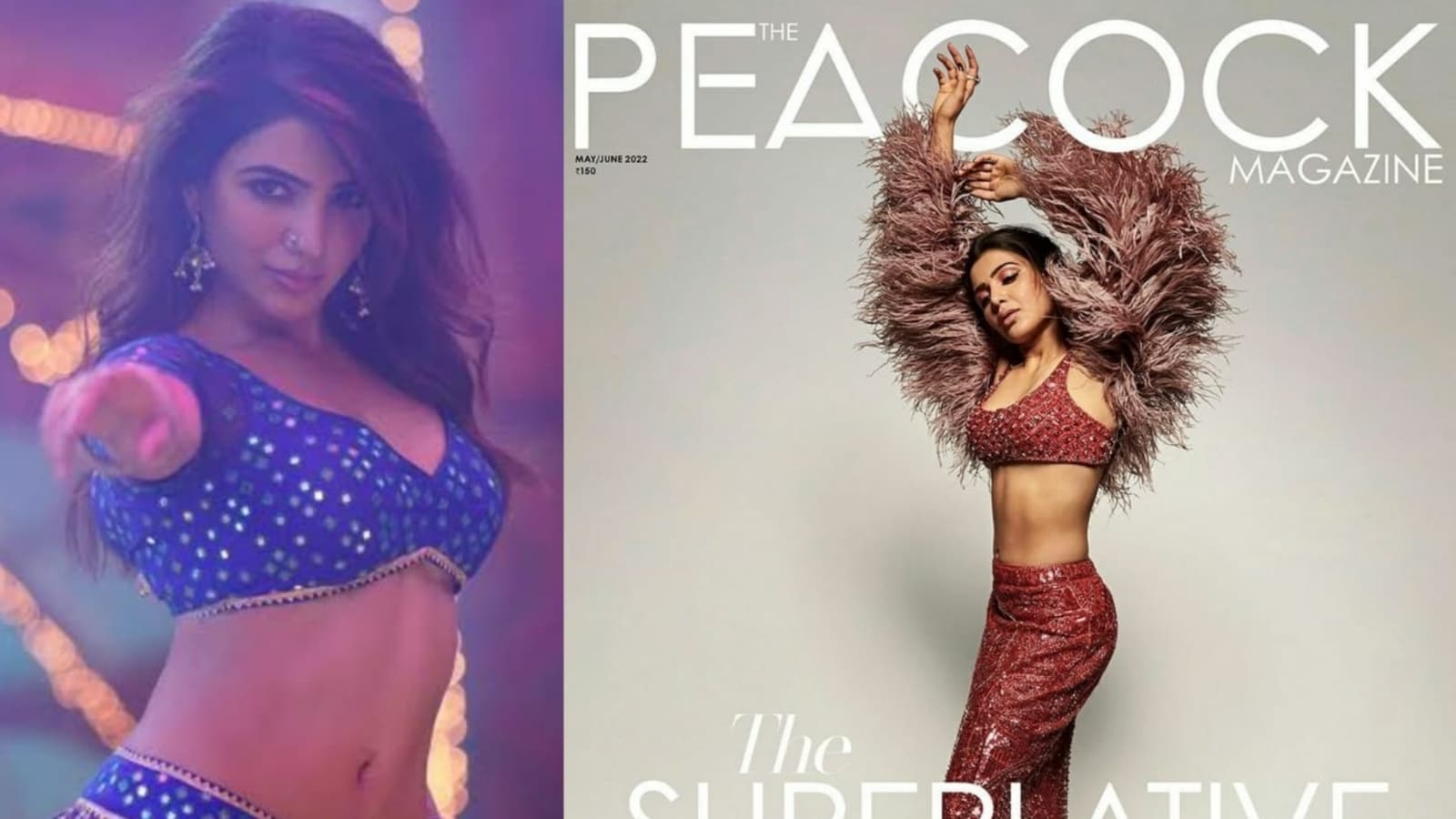 Samantha Ruth Prabhu has graced the cover of a fashion magazine recently. In the accompanying interview with the cover shoot, the actor has opened up about a number of issues ranging from body image issues to her career trajectory. Samantha turned 35 last week and celebrated her birthday on set shooting for her upcoming film. Also read: Samantha Ruth Prabhu calls herself ‘older and wiser’ as she shares smiling photo days after birthday, fans shower love

Samantha is one of the leading actors of the Telugu and Tamil film industries, having worked in several successful as well as critically-acclaimed films over the years. In 2021, she made her OTT debut as well when she played an extremist in the Amazon Prime Video series The Family Man.

The actor appeared on the cover of The Peacock Magazine, run by fashion designer duo Falguni and Shane Peacock. Samantha shared a number of pictures from the shoot on Instagram on Friday and Saturday. In the cover shoot, Samantha is seen in a shimmery wine-coloured ensemble. In the accompanying interview, she talks about how she overcame her body-image issues and gained confidence.

Talking about how the experience has made her more confident about her body, she said, “I believe after working on so many projects, I can say that I’m a lot more confident, and it also comes with age and maturity. It took a while for me to get comfortable in my own skin and now I’m much more confident about trying on different roles whether it’s a sexy song or hard core action, which I probably would never have had the courage to do in the past.” Last year, Samantha featured in the first-ever special dance number of her career when she appeared in the song Oo Antava in Pushpa: The Rise.

The actor was recently seen in Kaathuvaakula Rendu Kaadhal, a love triangle that also starred Vijay Sethupathi and Nayanthara. The film opened to mixed reviews and lukewarm reactions at the box office. Talking about her career in the interview, Samantha said, “You are only as good as your last film. What has changed for me as an actor and a performer is being offered such great roles and living up to the task. I think you are only as good as the roles you are offered. I am glad that I was able to seize all these opportunities that were offered to me and show up with the results.”

Samantha is currently in Kashmir shooting with Vijay Deverakonda for their yet-untitled film. The actor has a couple of other projects in the pipeline as well, including mythological drama Shaakuntalam and sci-fi thriller Yashoda. Both these films are slated to release later this year.