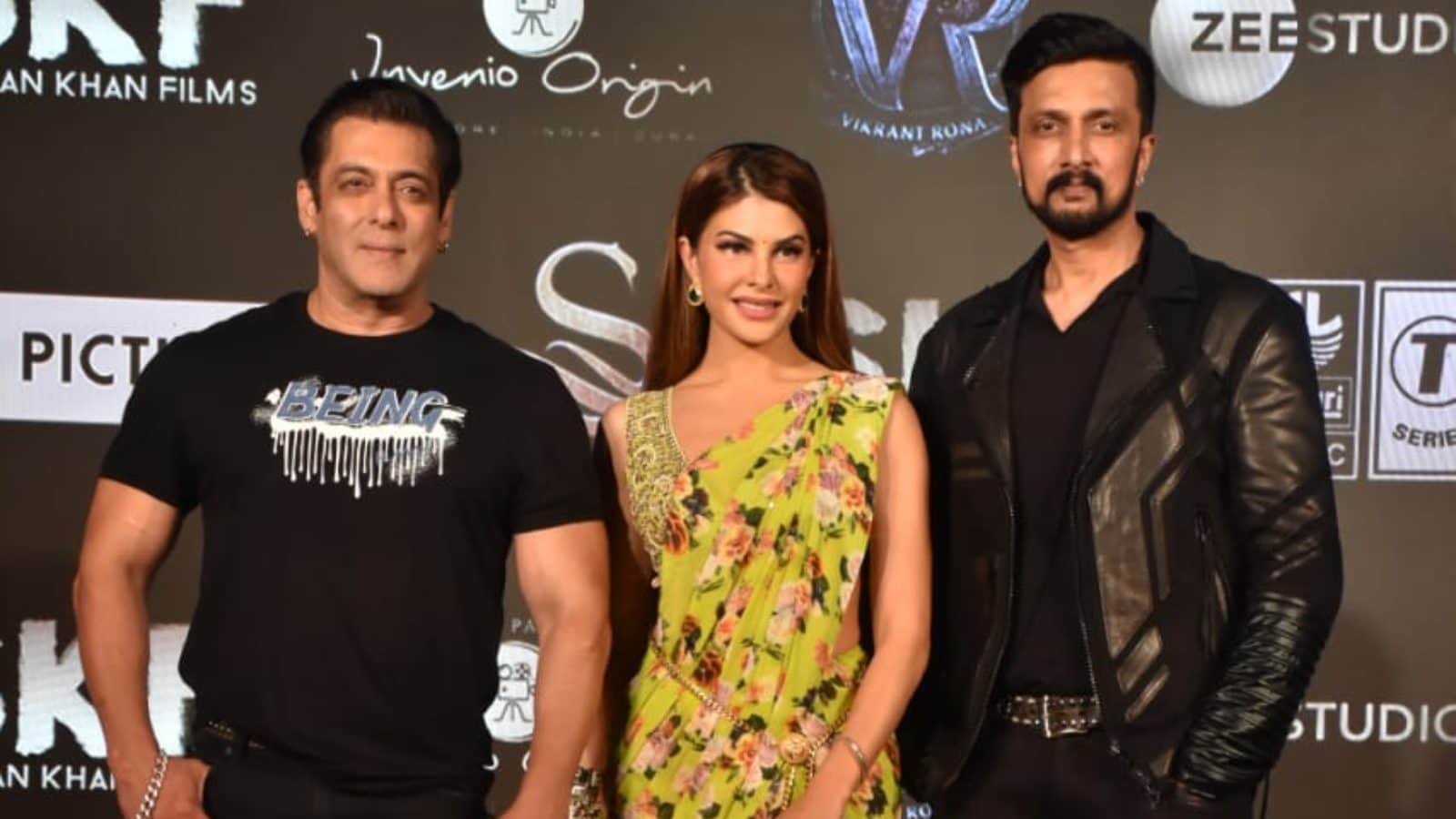 Salman Khan was a part of the pre-premiere event of Kiccha Sudeep’s upcoming film, Vikrant Rona where he spoke about the collaborations between Hindi and South film industries

On Monday, superstar Salman Khan graced the pre-release event of Kiccha Sudeep starrer Vikrant Rona in Mumbai. Khan is presenting the Hindi version of the multilingual actioner under his banner Salman Khan Films. In his signature candour, the actor spoke about his admiration for the Kannada actor and also commented on the increased number of collaborations between Bollywood and the South film industries.

Talking about it, he said, “This [exchange between Bollywood and South film industries] have always been there. It had stopped for sometime [in between]. I have always been working with people from the South. Earlier I have collaborated with Prakash Raj (in Wanted; 2009) and a lot of South directors and DoPs. I am currently working with Venkatesh Daggubati (in Bhaijaan). I have also worked with Prabhudeva. We have Kamal Haasan who has given big hits in Hindi cinema. So that way, I have always kept the ball rolling.” On a related note, a while back, Khan wrapped up the shoot of megastar Chiranjeevi starrer upcoming Telugu film Godfather, which marks his debut in Tollywood.

Shedding light on his association with Sudeep, Khan said that they have shared a long-standing equation and added, “He hosts Bigg Boss (Kannada) and I host Bigg Boss too. He did Huccha (2001) and I did Tere Naam (2003) [both were remakes of the 1999 Tamil film Sethu]. We also had Celebrity Cricket League, in which I owned a team (Mumbai Heroes) and Sudeep (captain of Karnataka Bulldozers) would always beat us. We have also worked in Dabangg 3 (2019) together.”

Khan further addressed Bollywood’s dismal streak at the box office, a topic that has taken social media by storm. He stated, “We all are trying. We are all making the best movies that we can. We want our films to reach everyone. Sometimes it works and sometimes it doesn’t. There’s no formula for a 100 hundred success rate.”

Vikrant Rona, which also stars Jacqueline Fernandez, is all set to hit theatres on the 28th of July.