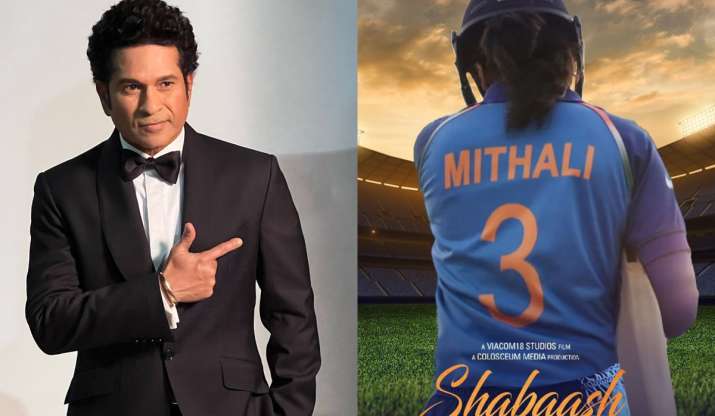 
Sachin Tendulkar has reacted to the recently released trailer of the cricket film Shabaash Mithu, based on the life and times of Mithali Raj. The movie’s trailer was launched on social media by former national cricket team captain Sourav Ganguly. The over two-minute trailer begins with the childhood story of Mithali. It later moves to how she started playing, her practices, becoming the captain and the difficulties of being a woman in game like cricket. Taapsee will play the lead role in the film, set to release in cinema halls on July 15.

Starring Taapsee, the trailer of Shabaash Mithu was released on June 20. Mithali Raj, who is known for her record-breaking 23-year-long career in international cricket, made over 10,000 runs in ODI. The film follows her journey of becoming a legendary cricketer and an inspiration to billions of girls and women across the world. The film is a tribute to Mithali’s recent retirement from all forms of cricket.

The team of Shabaash Mithu got thumbs up from Sachin Tendulkar after the trailer was launched. Sachin wrote on Twitter. “The #ShabaashMithuTrailer is heartwarming. Mithali has inspired millions to dream and follow their passion & I am looking forward to watch this movie.  My best wishes to the entire team (sic).”

Movie with a message

In capturing the journey of Mithali Raj, the makers have brought forth the issue of gender discrimination. The message of ‘Nazariya badlo, khel badalgaya’ is encapsulated in the trailer to the hilt with compelling dialogues and glimpses of the talented Taapsee playing Mithali with utmost conviction. The film, directed by Srijit Mukherji and produced by Viacom18 Studios hits theatres on July 15.

Read: Kangana’s Dhaakad on ZEE5 from July 1: Who can watch Bollywood action film and all you need to know