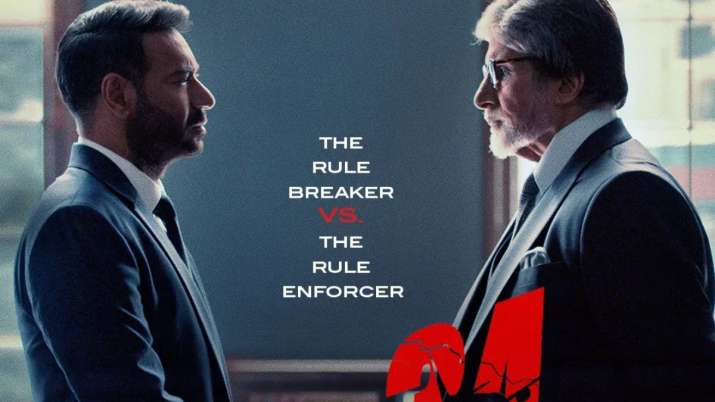 Inspired by true incidents, “Runway 34” revolves around Captain Vikrant Khanna played by Ajay Devgn, a flying prodigy, whose flight takes a mysterious course after take-off from an international destination. With the thrill of the unknown in the sky, this film showcases Ajay locking horns with the legend of Indian cinema, Amitabh Bachchan; whom he has directed for the first time. The film also features Rakul Preet Singh, as a co-pilot, in a never-seen-before role.

Runway 34 promises to take the audience on the edge-of-the-seat journey this Eid. Known for his versatility and cinema-acumen, Ajay Devgn has multiple avatars as actor, director and producer for the film. the official description of the film reads, “Runway34 is a high-octane thriller drama inspired by true events. It is the story of Captain Vikrant Khanna played by Ajay Devgn and the fateful incident that changed it all. Concurrently, we follow Amitabh Bachchan as Narayan Vedant on his quest to get to the bottom of the truth and his turbulent encounter with the prodigal pilot.”