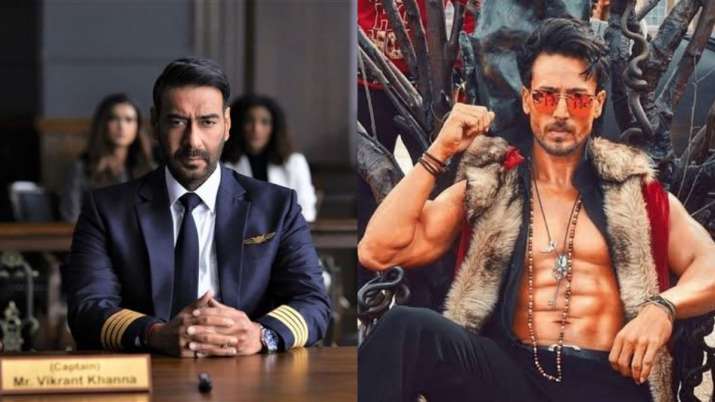 Runway 34 starring Ajay Devgn, Rakul Preet Singh and Amitabh Bachchan has been doing well as compared to its opponent ie Tiger Shroff‘s ‘Heropanti 2.’ Both the films released at the box office last Friday and have been ever since receiving tough competition from Yash’s ‘KGF Chapter 2’ that is on a record-breaking spree. The collections of the two films are still in single digits but the Bollywood fans hoped that Eid festivities could do something great to add to their box office collection. Well, it seems that nothing great was achieved on Tuesday! However, if we compare the collections of Eid to that a day prior, then definitely a raise was seen. Going by the latest trends, Runway 34 collected around ₹ 4 Crs on the festival while Heropanti 2, on the other hand, managed to rake in around ₹ 2.50 Crs.

This is the last chance for the two projects to showcase their magic since the upcoming weekend will witness the release of Doctor Strange which might also become people’s favourite after KGF 2. Meanwhile, Ajay Devgn’s directorial has done better than Ahmed Khan’s film which is witnessing just the drop and not major collection.

Various industry trade pandits predicted that if the two films would have held their ground till Eid, then they would’ve clocked massive numbers at the box office. Now that the same did not happen, gaining double digits is a far dream.

Heropanti 2, on the other hand, also features Amrita Singh in crucial role. The action-thriller presents Tiger Shroff’s Babloo who will be seen locking horns with Nawazuddin Siddiqui‘s Laila in a bid to stop cyber crimes across the world.