BISHOPENTERTAINMENT
HomeENTERTAINMENTRhea Kapoor Poses In a Pool In Latest Pictures Clicked By Her... 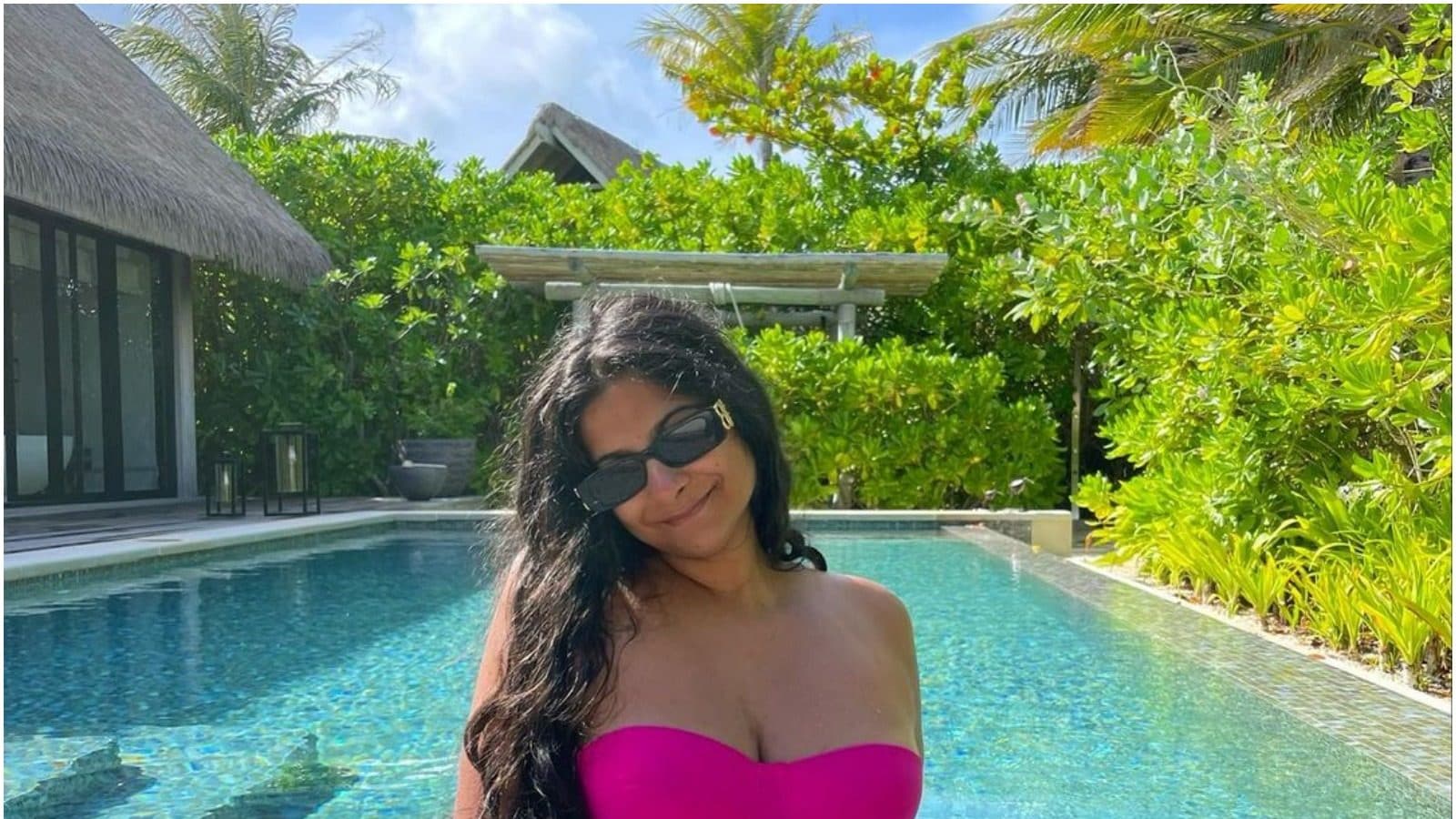 
Film producer Rhea Kapoor is currently in Maldives along with her husband Karan Boolani. On Sunday, Rhea took to her official Instagram account and shared a glimpse of her vacation. In these clicks, Rhea can be seen posing in a pool as she wore a pink swimsuit.

In the first picture, Rhea can be seen standing in a pool whereas, in another click, she is seen swimming backward. Dropping the too-hot-to-handle photos, Rhea also revealed that these were clicked by her husband Karan Boolani. “I’ve kept the editing to a minimum because I’ve decided to grow up and own my hips. I eat pasta and I cannot lie.’ Rhea also gave picture credits to her ‘reluctant’ husband Karan Boolani,” the caption read.

Rhea Kapoor tied the knot with Karan Boolani in August last year. Their wedding was an intimate ceremony that was attended by only immediate family and close friends. Rhea’s cousins Arjun Kapoor, Janhvi Kapoor, Khushi Kapoor, Anshula Kapoor, Shanaya Kapoor, uncles Boney Kapoor and Sanjay Kapoor, and aunt Maheep Kapoor were among others who attended the wedding.

Later, Rhea shared her wedding pictures on social media and wrote, “12 years later, I shouldn’t have been nervous or overwhelmed because you’re my best friend and the best guy ever. But I cried and shook and had stomach flips all the way through because I didn’t know how humbling the experience would be. I’ll always be that girl who had to come home to Juhu at 11 pm before my parents fell asleep. Only until now, I didn’t know how lucky I was to feel torn. I hope we make a family so close that we have many, many loves of our life. Mine are @karanboolani @anilskapoor @kapoor.sunita @sonamkapoor and @harshvarrdhankapoor forever more. ❤️”.