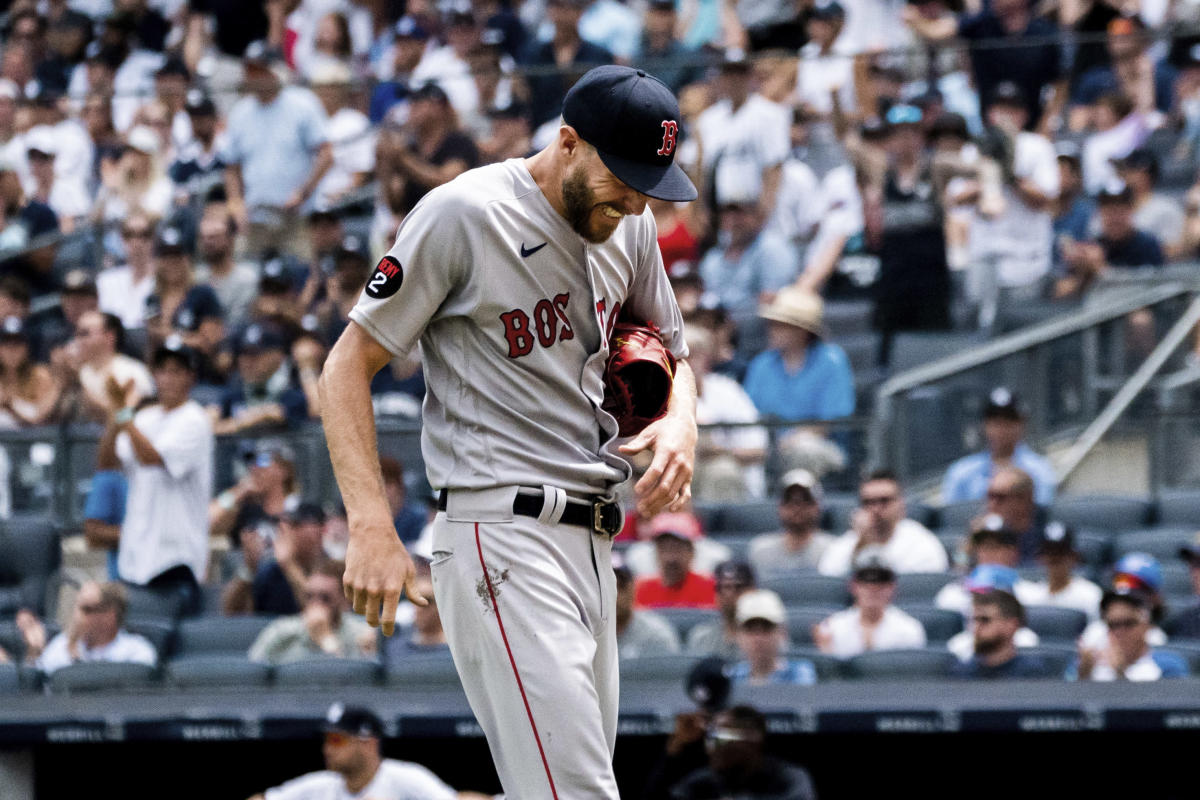 BOSTON (AP) — Red Sox left-hander Chris Sale broke his right wrist in a bike accident over the weekend and will miss the rest of the season, the team said Tuesday.

Sale had surgery Monday and is expected to be ready for the start of spring training next year, the Red Sox said.

The 33-year-old Boston ace appeared in just two games this season, throwing 5 2/3 innings. He suffered a broken left pinkie finger when he was hit by a line drive against the New York Yankees on July 17 and had surgery the next day.

The Red Sox came within two wins of the World Series in 2021 but are last in the AL East thanks in part to injuries that left them plugging as much as half of their lineup with minor leaguers. Boston entered Tuesday at 54-56, 4 1/2 games out of the final AL wild-card spot.

Sale has thrown only 48 1/3 innings since the end the end of the 2019 season. He missed the pandemic-shortened 2020 season because of Tommy John surgery and went 5-1 with a 3.16 ERA in nine starts last year.