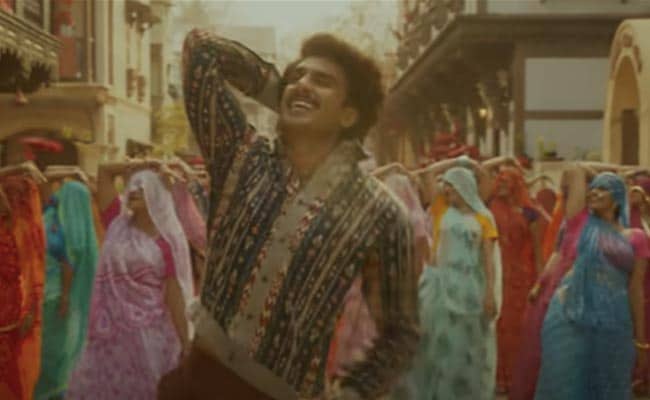 Ever since the makers have released the trailer of Ranveer Singh‘s upcoming film Jayeshbhai Jordaar, the movie-buffs are eagerly waiting for the movie to release. Keeping the momentum high, the makers unveiled the first song, titled Firecracker, from the movie. The film is one of the highly anticipated films of the year, that also stars Shalini Pandey, Ratna Pathak Shah, Boman Irani and Deeksha Joshi in pivotal roles. Sung and composed by Vishal Dadlani and Sheykhar Ravjiani, the upbeat song will take you on a joy ride.

The song Firecracker celebrates women and the girl child. In the song, Ranveer Singh is seen dancing with women and school-going girls. The film is about female infanticide, and Ranveer will be seen fighting to save the life of his unborn girl child.

Here have  a look:

Ranveer Singh also shared the song on his Instagram handle and captioned the post as “Heart go BOOM like a #Firecracker Song out now – LINK IN BIO!”

Helmed by Divyang Thakkar, Jayeshbhai Jordaar has been produced by Aditya Chopra and Maneesh Sharma under Yash Raj Films. In the film, Ranveer Singh will be playing a titular role of a Gujarati man who believes in equal rights between males and females in society. Shalini Pandey will be playing the role of Ranveer’s wife.

Jayeshbhai Jordaar is slated to hit theatres on May 13, 2022.