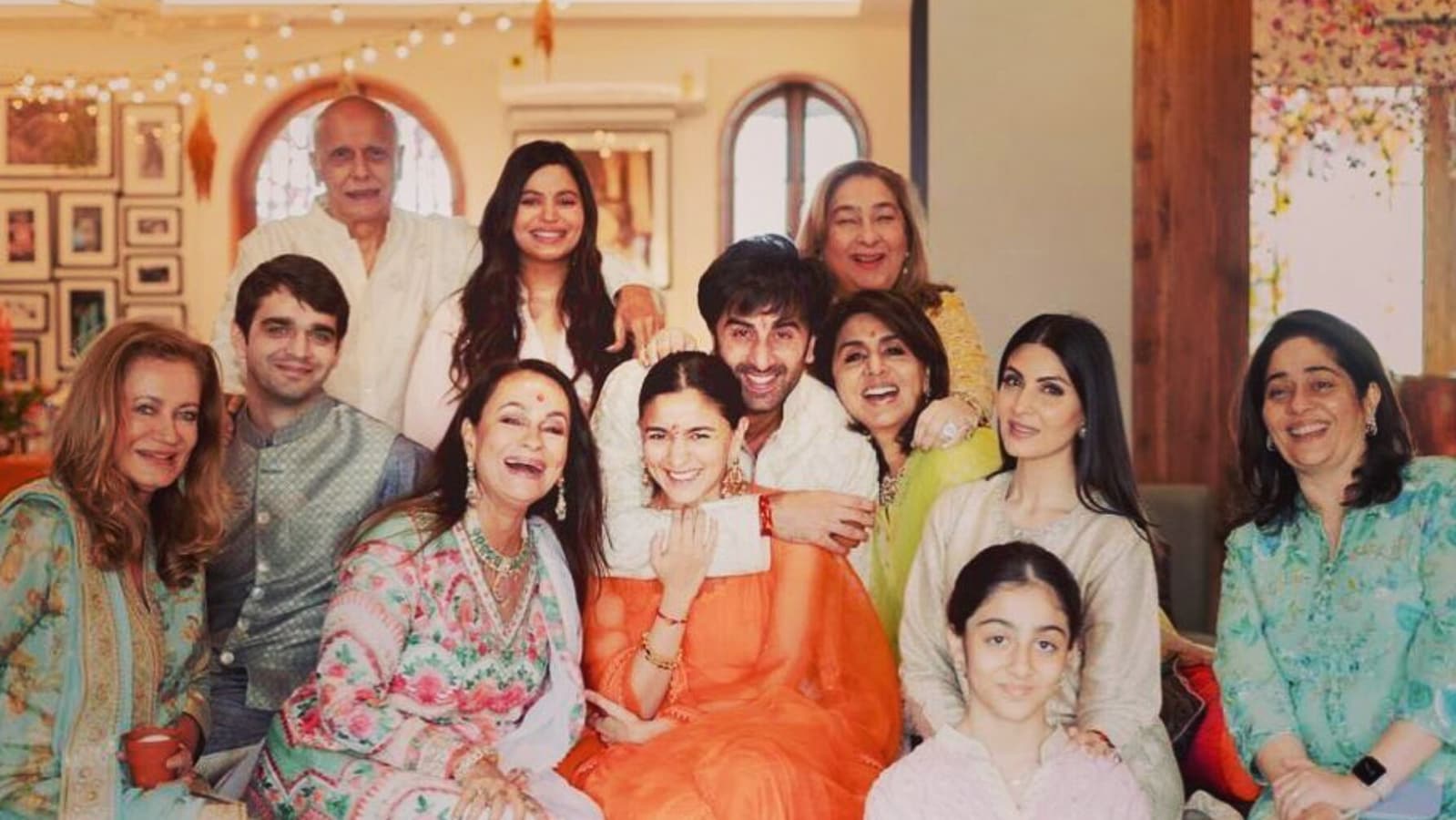 Ranbir Kapoor and Alia Bhatt’s wedding festivities kicked off with a special puja on April 13. A family picture from that ceremony has landed online.

Alia Bhatt’s aunt and Soni Razdan’s sister Tina Razdan Hertzke have shared an unseen picture from the actor’s recent wedding with Ranbir Kapoor. The picture is from the first ceremony, a puja held on the morning of April 13, before the mehendi ceremony. (Also read: Alia Bhatt and Ranbir Kapoor’s first pic together from Balika Vadhu screen test 18 years ago is finally revealed)

In the photo, Alia and Ranbir are seen in the centre with their families surrounding them. She is in an orange suit while Ranbir is in a white kurta. Soni is in a colourful suit and Ranbir’s mother Neetu Kapoor is in a neon green suit. His sister Riddhima opted for a beige kurta and his niece Samara is in a pink kurta. Also seen in the picture are Tina, her son, Alia’s father Mahesh Bhatt, her sister Shaheen Bhatt, Ranbir’s aunt Rima Jain and cousin Nitasha Nanda.

All are flashing large smiles for the camera while Ranbir is seen with his arm around Alia. The ceremony was held at the couple’s home in Bandra. In the picture, one could also see a room decorated with flowers for the mehendi ceremony scheduled for later in the day.

Sharing the photo, Tina wrote on Instagram, “A widening inner circle.” Soni wrote ‘family’ in the caption and Riddhima left a bunch of heart emojis on the post.

Alia and Ranbir had been dating for five years and decided to get married on April 14. The very intimate celebration was attended only by close friends and family. Those on the guest list included his cousin Kareena Kapoor, Karisma Kapoor, Armaan Jain, Aadar Jain, her sister Pooja Bhatt, filmmakers Karan Johar and Ayan Mukerji.

Alia and Ranbir will soon be seen together onscreen for the first time in Ayan Mukerji’s Brahmastra. The film is scheduled to release on September 9, 2022. It also stars Amitabh Bachchan, Mouni Roy and Nagarjuna Akkineni.