BISHOPENTERTAINMENT
HomeENTERTAINMENTRajinikanth and I are great friends despite political differences, says Kamal Haasan 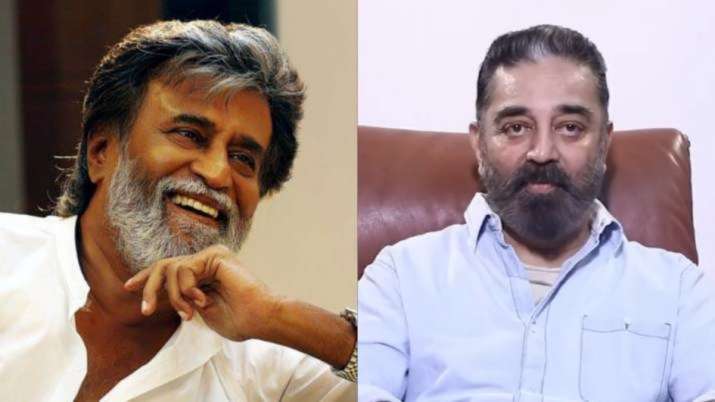 Rajinikanth and I are great friends despite political differences, says Kamal Haasan


South Indian superstar and president of Makkal Needhi Maiam (MNM), Kamal Haasan has said that politics and friendship are different and that he was a close friend of fellow superstar, Rajinikanth and that they had decided when they were 25 as to where the relationship will reach. He said that they have a close personal rapport even though they had professional competition at times.

He also said that he was friends with Tamil Nadu Chief Minister M.K. Stalin, and his son and DMK MLA Udayanidhi Stalin.

Kamal had come out with these statements during the audio and trailer launch of his latest movie ‘Vikram’. The actor said that Rajinikanth was not able to come to the trailer launch but had called him up to wish him and to explain his non-availability for the programme.

He added that he and Udayanidhi Stalin are having a good relationship and that Red Giant Movies owned by Udayanidhi was distributing his movie ‘Vikram’ in Tamil Nadu. Also, the actor revealed that Udayanidhi had told him that he was his (Kamal Haasan’s) fan and had requested him to act in at least a movie a year. Kamal Haasan also said that Udayanidhi Stalin was a simple man. Adding that there was no problem in continuing with the friendship even though there were political differences. ALSO READ: Vivek Agnihotri REACTS to Yasin Malik’s life imprisonment with ‘real vs reel’ clip: ‘Jiss din ka…’

In the 2021 Assembly elections, Kamal had campaigned extensively against Udayanidhi Stalin and DMK.

His latest multilingual action thriller film ‘Vikram’ is all set to hit the theaters. Before the public screening of the film, the trailer was showcased at the prestigious Cannes Film Festival 2022. The video received a thunderous response from the audience present in the vicinity. Directed by Lokesh Kanagaraj of ‘Kaithi’ fame, the film also stars Vijay Sethupathi, Fahadh Faasil, Chemban Vinod, and Narain.

Produced by Kamal Haasan and R. Mahendran, A Raaj Kamal Films International film, it will be released on June 3.