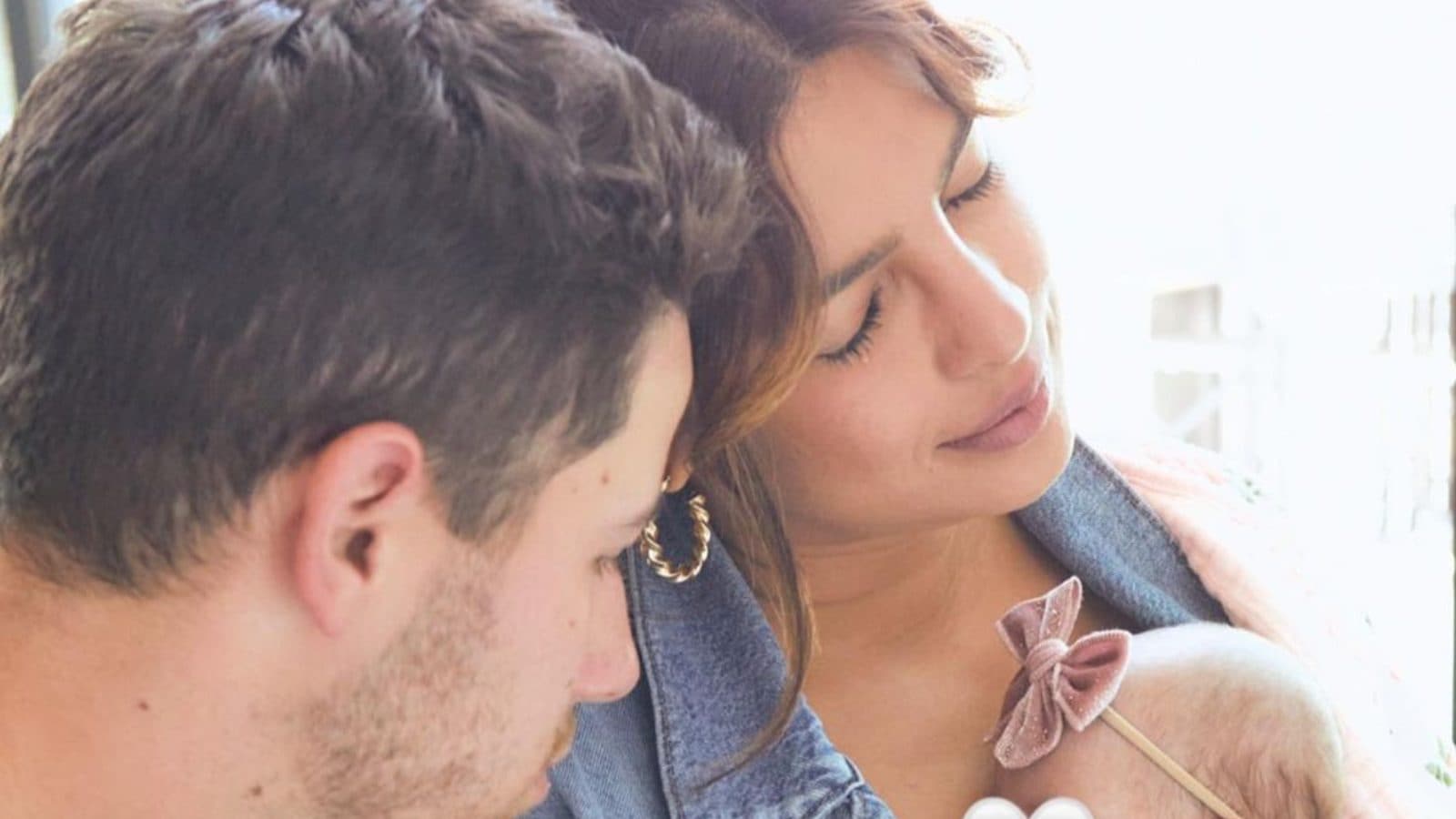 Priyanka Chopra and Nick Jonas are currently enjoying the new phase of their lives with the birth of their daughter Malti Marie Chopra Jonas. They welcomed their first child through surrogacy this January. Although they are maintaining the privacy of their newborn, on Mother’s Day, Priyanka shared a photo of her child with her face covered and wrote about how the little one came back home after spending 100 days in the NICU.

Now, in an appearance on The Kelly Clarkson Show, Nick opened up about his daughter and said this has been a magical season in their lives. He said, “She’s the best. It’s just been a magical season in our life. Also pretty wild, but it’s a blessing to have her home. It’s been wonderful.” He was also shown the picture of Malti that Priyanka had uploaded. Reacting to it, he said, “There she is. She’s got a little heart face.”

Due to premature labour, Nick Jonas and Priyanka Chopra Jonas’ baby had to spend over a hundred days in the Neonatal Intensive Care Unit (NICU).

Meanwhile, Priyanka Chopra recently took to her Instagram account to post a photo of her brand new motor vehicle, emblazoned with the words “Mrs Jonas” on the side. Priyanka captioned the picture while tagging her husband, “Now that’s a ride… thank you @nickjonas ❤️always helping me with my cool quotient.” Hashtags underneath the caption showed Chopra calling her husband, “best husband ever” while others were hashtags for “citadel”, and “set life.”

On the work front, Priyanka Chopra is currently shooting for Citadel, an Amazon Prime Series that also stars Eternals and Game of Thrones actor Richard Madden. She also has James C. Strouse’s ‘It’s All Coming Back To Me.’ She will appear in the romantic comedy alongside Sam Heughan. Apart from these, the actress will also be making her comeback in Bollywood with Farhan Akhtar’s Jee Le Zaraa. The film also stars Katrina Kaif and Alia Bhatt in lead.