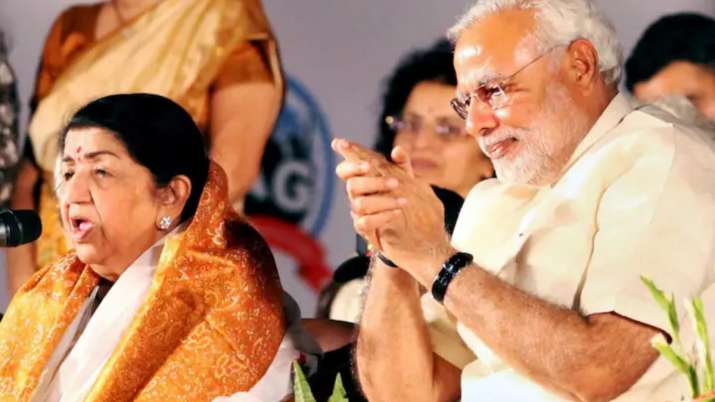 In a statement, the family and the Master Deenanath Mangeshkar Smruti Pratishthan charitable trust said they have decided to institute the award from this year in the honour and memory of Lata Mangeshkar, who passed away in February following multiple organ failure. She was 92.

PM Modi had attended her funeral in Mumbai to pay his last respects to the legendary singer, whom he regarded as his elder sister.

The Lata Deenanath Mangeshkar Puraskar will be given every year to only one individual who has made path-breaking, spectacular and exemplary contributions to the nation, its people and society.

“We are pleased and honoured to announce that the first awardee is none other than the honourable Prime Minister of India, Shri Narendra Modi,” the statement read.

PM Modi will be honoured with the award at the upcoming Master Deenanath Mangeshkar Awards ceremony.

Rahul Deshpande will receive the Master Deenanath Puraskar for Indian music, while the best drama award will go to the play, “Sanjay Chaya”.

Master Deenanath Puraskar (Anandmayee Puraskar) will be given to Nutan Mumbai tiffin box suppliers charity trust for its “dedicated services in the field of social service”.

“In memory of Master Deenanathji, whose monumental contributions as singer, musician and stage artiste have been an inspiration to the people of Maharashtra and India, the Mangeshkar family organises the Master Deenanath Mangeshkar Smruti Pratishthan Awards to honour legends. We are glad that we have the love and support of the masses,” veteran musicians Hridaynath Mangeshkar and Usha Mangeshkar said in a joint statement.

The award ceremony will also host a music programme “Swarlatanjali”, conducted by renowned singer Roopkumar Rathod, which will be a tribute to the “immortal melodies and memories of our beloved Lata didi”, the statement further said.