BISHOPENTERTAINMENT
Homeworld news'People are Heartbroken': Texas Governor Among Those Blaming Biden for Deaths of... 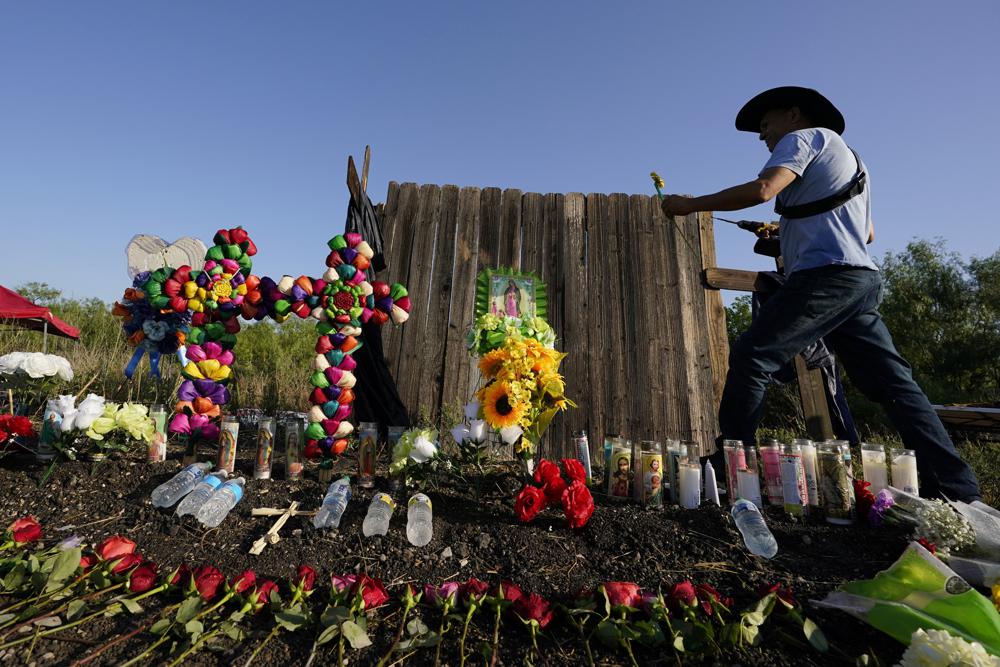 ‘People are Heartbroken’: Texas Governor Among Those Blaming Biden for Deaths of 53 Migrants

There are new details about the horrifying conditions inside a truck that was discovered in Texas on Monday and packed with migrants.

More than 50 have now died in a tragedy highlighting the humanitarian crisis along the southern border.

Last month there were more than 239,000 illegal border crossings which is the highest number ever recorded.

As investigators learn more about the recent deadly case, Border Patrol is putting out a dire warning about the dangers of trying to come here illegally.

“With the rising temperatures in South Texas, this is a guaranteed death sentence. It’s not worth it. Do not place your life or the lives of your loved ones in the hands of these criminals,” said Deputy Chief Joel Martinez of the U.S. Border Patrol.

People gathered at a vigil in San Antonio to mourn the dozens of lives lost this week.

“I’m so fed up, I’m so tired,” said Jessica Azua. “I came here when I was 14 years old in a tractor-trailer as well, and I passed out from the heat. I was lucky that I woke up.”

Authorities say traffickers stuffed more than 60 migrants into the back of an abandoned tractor-trailer with no air conditioning.

Most of the men, women, and children were already dead by the time help arrived. The survivors remain in critical condition.

The truck’s registration led investigators to a home in San Antonio. Three men are in custody. Two of them are from Mexico and living in the U.S. Illegally.

They help agents find migrants in distress at a faster rate even as the surge increasingly overwhelms agents.

“Fifty dead migrants in the back of a trailer. These people are heartbroken. Our law enforcement personnel. This is the kind of thing they can stop if they are not distracted because they are having to process these people because Biden refuses to enforce the law,” said Rep. Chip Roy (R-TX).

“All he’s done since he’s been President is employ open border policies. That means basically ceding the border to cartels engaging in activity just like this,” Abbott declared.

Most of the victims in the truck were from Mexico, Guatemala, and Honduras.

Prior to Monday, the worst smuggling-related mass fatality in recent Texas history was in 2003, when 19 people died after being trapped in an unrefrigerated dairy truck for hundreds of miles.

- Advertisement -
Facebook
Twitter
Pinterest
WhatsApp
Previous articleWarner Bros admits it was ‘wholly wrong’ to block Sky News questions in JK Rowling censorship row | Ents & Arts News
Next articleAhmed Khan: It is tough to analyse what will work, make whatever you decide to with all your heart | Hindi Movie News