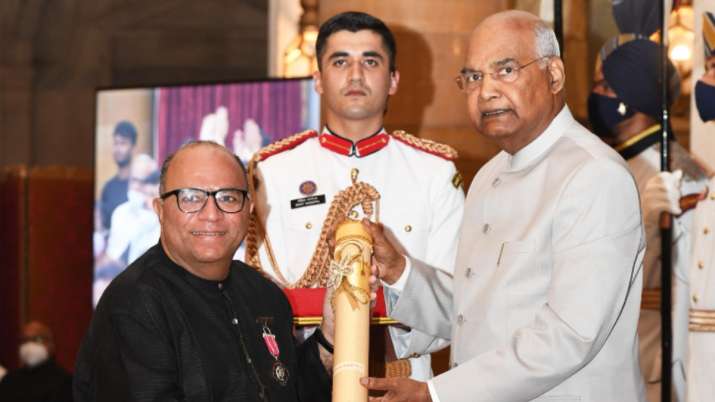 President Ram Nath Kovind on Monday (March 21), conferred Padma awards for the year 2022. He presented a Padma Shri to filmmaker Chandraprakash Dwivedi in the field of  Art. He has been recognised for his work in television and films based on ancient and modern literature and history. Rashid Khan, an Indian classical musician belonging to the Rampur-Sahaswan Gharana was conferred with Padma Bhushan in the field of Art.

President Kovind presented Padma Bhushan to Gurmeet Bawa (posthumous) for Art. A renowned Punjabi folk singer, she played a prominent role in the promotion and recognition of the Punjabi culture.

As per the release, this year a total of 128 Padma Awards are being conferred, including two duo cases (in a duo case, the Award is counted as one). The list of awardees comprises four Padma Vibhushan, 17 Padma Bhushan and 107 Padma Shri Awards. 34 of the awardees are women and the list also includes 10 persons from the category of Foreigners/ NRI/ PIO/ OCI and 13 Posthumous awardees.