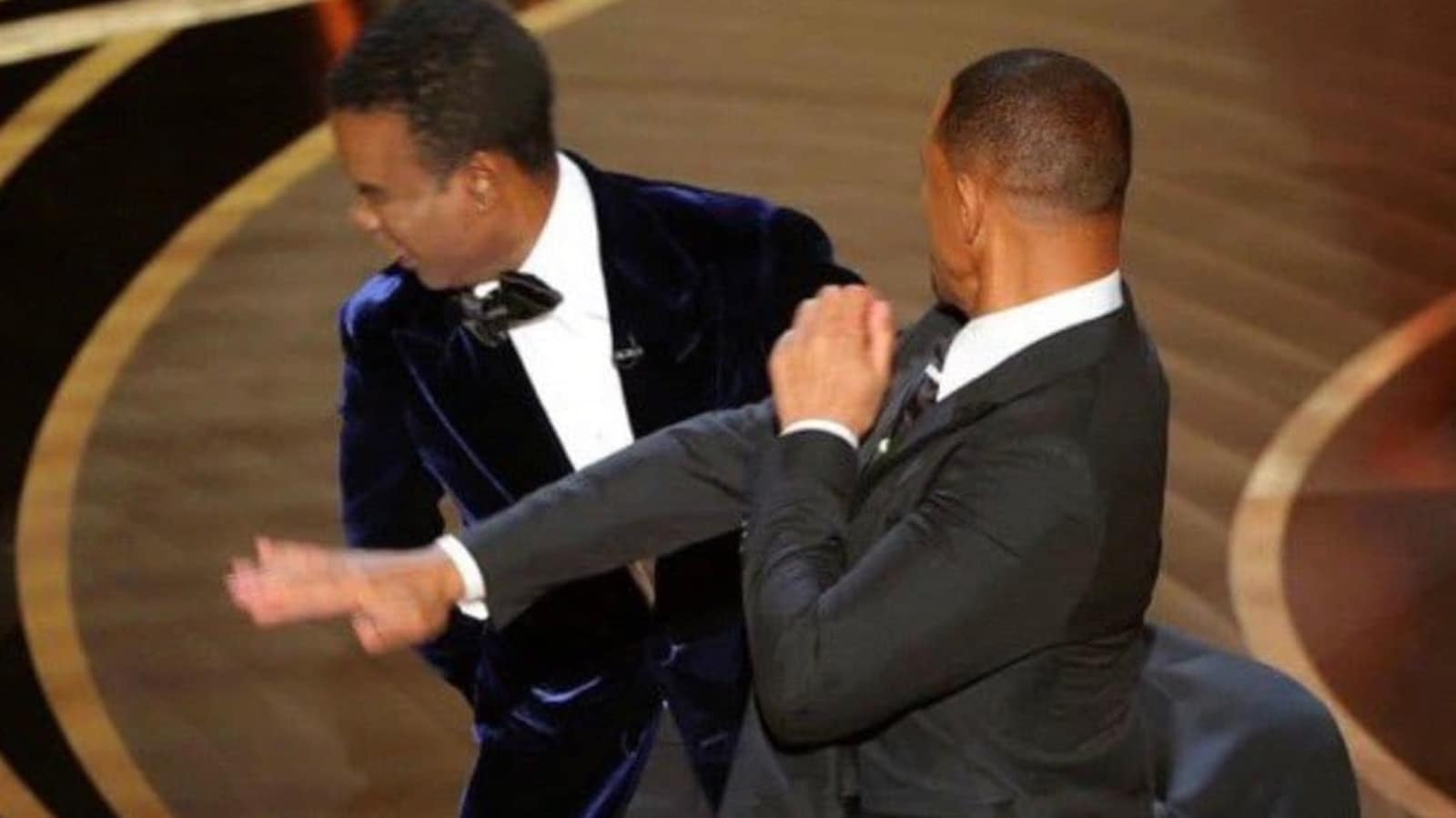 Oscars 2022: Chris Rock’s joke was bad, Will Smith’s reaction worse. And has anyone asked what Jada Pinkett Smith wanted | Hollywood


Remember the 89th Academy Awards back in 2017 when we thought misplaced envelopes were the biggest controversy ever to have taken place at the Oscars. Well, 2022 ceremony made 2017 look like a minor inconvenience. It’s not everyday that an Oscar nominee (and eventual Oscar winner) smacks a renowned comedian in the face on live TV. But Will Smith made it happen on Sunday night and Chris Rock was at the receiving end of it. After the comedian made a joke about Will’s wife, actor Jada Pinkett Smith’s shaved head, the actor walked up on to the stage and smacked him hard in the face. The bizarre nature of the incident, notwithstanding, it has become polarising with fans divided in their support for both Will and Chris. Also read: Academy reacts to Will Smith smacking Chris Rock during Oscars ceremony

Firstly, the joke. There is no redeeming Chris’ joke there. It was a bad joke and a cruel one too. Roasts and jibes are common in comedy but any comic worth their salt knows comedy is about punching up and not punching down. And making fun of someone’s illness, which they have called traumatising, is the very definition of the latter. Jada Pinkett Smith has spoken about losing her hair due to alopecia, an autoimmune disorder. In 2018, she called it ‘terrifying’ to deal with. Joking about someone’s trauma on live TV isn’t ‘cool’ in any scenario.

The joke was crass, we have established that. But did it warrant physical assault? Of course, not. Nothing does. If you don’t like a joke, criticise it, ignore it, or talk to the comic. Use your words, not hands. When Will Smith hit Chris Rock over a joke he didn’t like, he reduced himself to every goon around the world who beats up comics over jokes that allegedly offend them. Even the joke he made before that – to Penelope Cruz and Javier Bardem – reeked of misogyny.

In hitting Chris Rock, not only did Will Smith tarnish the biggest night of his professional life but also snatched the agency of his wife Jada, whose ‘honour’ who was so desperately trying to ‘protect’. But did anyone ask if she needed ‘protection’? Jada is not a child. She is an accomplished actor herself and certainly capable of fighting her own battles. If she was offended by that joke – and she had every right to be – she could have handled Chris Rock herself. But by taking that away from her, Will regressed to old world, patriarchal ideas of protecting the honour of his woman, and made the night about himself, but not in a way that he would have wanted.

Call it divine script but Will did win the Oscar for Best Actor minutes later. In an emotional acceptance speech, he apologised for his actions (but not to Chris). He said that he was ‘protecting his family’ and that ‘love makes you do crazy things’. But it was Jada, who got offended. In fact, initially, Will was laughing along at the joke even as Jada rolled her eyes at him. She was offended. She should have got back at Chris for her insult, however she saw fit. But the Emmy Award-winner, who was named one of the 100 most influential people in the world last year, certainly did not need a knight in the shining armour to slap a comedian for her.

Even though over two dozen awards were given out on Hollywood’s biggest nights, it appears there were hardly any winners here. Chris Rock exposed his tendency to make cruel, sexist jokes. Will Smith resorted to physical violence and also took the agency away from his wife. And the worst of all was Oscar’s organisers- Academy of Motion Picture Arts and Sciences. The Academy simply brushed its hands off the matter with a joke of a statement that read, ‘We do not condone violence’.

The Academy does not condone violence of any form.

Tonight we are delighted to celebrate our 94th Academy Awards winners, who deserve this moment of recognition from their peers and movie lovers around the world.

By not taking any action against Will, the Academy has sent a message that it is ok to hit people if you don’t agree with what they say. Offence is a subjective thing. Will Smith was offended by a joke on his wife. Someone else may be offended by a joke on their religion, and others might take offence to criticism of their favourite sports team. If any of these people decide to tomorrow hit the person who ‘offended’ them and got arrested for it, they should ask why Will Smith wasn’t – at the very least – ejected from the auditorium.

But public memory in the 21st century is fickle. And scandals are aplenty these days. Memes are being made. Soon, the news cycle will forget this. And no legacy will be tarnished. Chris Rock has reportedly refused to file a police complaint so Will goes scot free. If anything, he goes home an Oscar winner now. Chris also won’t face any backlash over the joke and he’ll be back on this stage sooner rather than later. And if #OscarsSoWhite didn’t hurt the Academy Awards, this certainly won’t. It will soon be business as per usual for everyone. But I just hope that before it all dies down, we do hear Jada’s side on this.