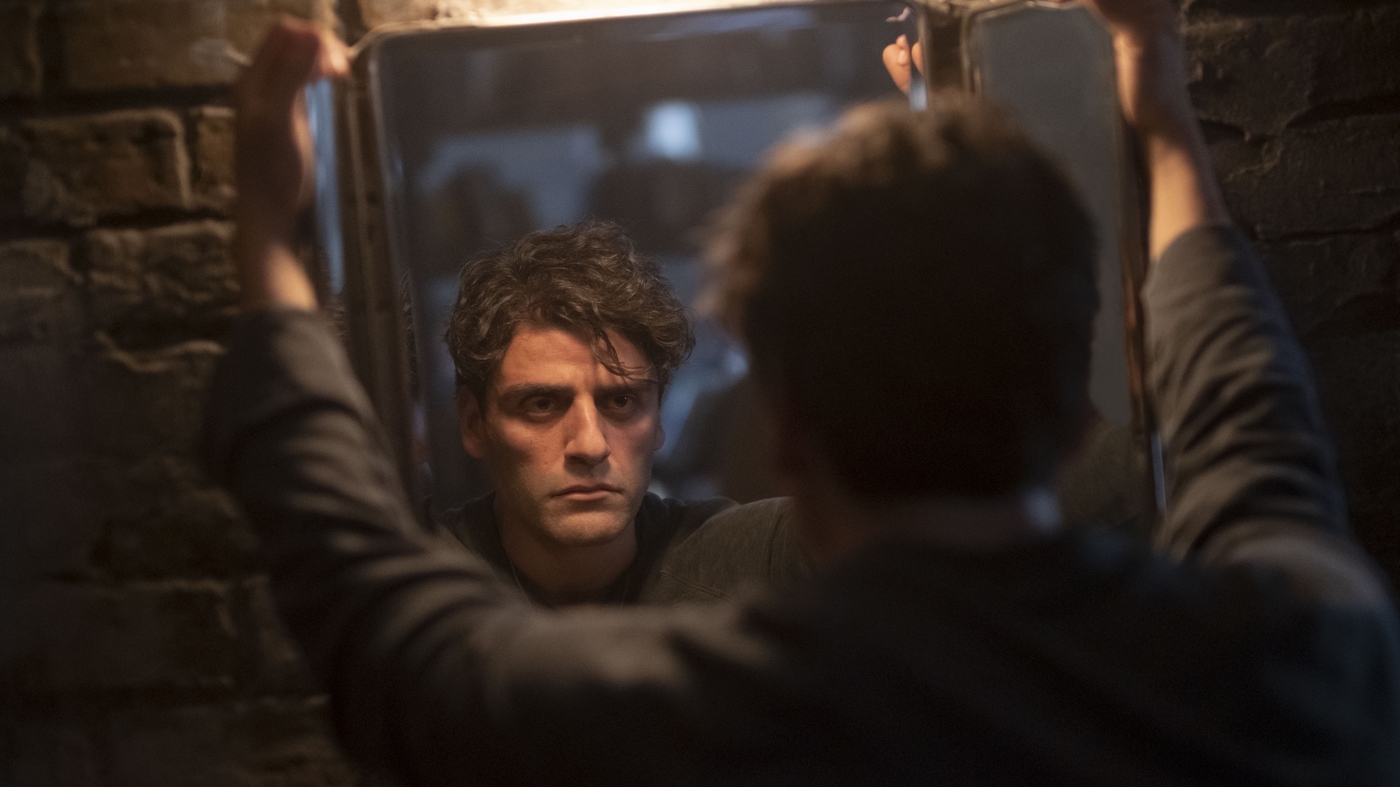 Oscar Isaac is best when ‘Moon Knight’ gets goofy : NPR

The ‘reluctant hero’ cliche is a tough thing to get right.

Whenever a creator busts it out, they’re knowingly inviting the audience’s frustration — in fact, they’re using it, to drive the story. We the audience don’t understand why a character gifted with whatever power they’re gifted with would avoid using that power; we paid our money to see that power unleashed, after all.

But the creator wants to build tension, so for long stretches of time the hero stubbornly refuses to go full ham, even when the situation clearly calls for it. The creator is surfing on a wave of the audience’s frustration for as long as they can, knowing that it will inevitably crash.

In conventional hero stories, the reason for the refusal tends to devolve to 1. an attempt to avoid the weight of heroic responsibility, or 2. an attempt to prevent lots and lots of bad guys from dying extremely wet, splattery, flesh-gobbetty deaths.

In Marvel’s Moon Knight, Steven Grant (Oscar Isaac), the meek museum gift-shop clerk who learns that his sleepwalking condition is more a sleepmurdering condition, is your classic Option 2 kind of guy. He’s horrified at the knowledge that he seems to be sharing his body with a grim ultraviolent mercenary named Marc Spector (also Oscar Isaac), with whom he can only converse by gazing into a mirror or other reflective surface.

(Luckily, Steven/Marc’s particular corner of the Marvel Universe is positively festooned with wildly convenient reflective surfaces. Seriously, everywhere he looks. The whole show might as well take place in a Bed Bath and Beyond.)

The series grounds us in Steven’s point-of-view from the start, which is smart — we get to come along for the ride as he slips in and out of control of the body he shares. These sequences are among the show’s cleverest and most entertaining. Creator Jeremy Slater and his team delight in frustrating our expectations by frequently denying us the visceral thrill of onscreen violence and having Steven “awaken” only in its grisly aftermath.

Eventually, around halfway through the season’s run (Moon Knight is a six-episode series, the first four of which were made available to critics), the show dutifully locks into the familiar ‘reluctant hero’ schtick: Marc wants to take over to deal with the bad guys, Steven refuses to let him but then relents, rinse, repeat.

The problem, however, is that we the audience aren’t where the show wants us to be, whenever Marc finally gets to unleash himself on the baddies. That all-important impatient/frustrated threshold is still miles away.

Because Marc? Hardcore, badass man of adventure? Is boring.

Isaac is clearly having a great time playing Steven, investing the character with a roster of iffily-accented Cockney vocal tics and other bits of business to flesh him out and make him someone we can care about.

But in the underwritten role of Marc, Isaac seems determined to disavow his natural actorly charisma to play a glum, laconic cipher. If he’s going for “lone wolf, wounded by his past,” he’s ended up closer to “surly, jet-lagged office manager.”

The net effect is to reverse our rooting interest — instead of impatiently waiting for Steven to let Marc take over and unleash hell, we find ourselves hoping Steven can keep hanging around, so we don’t have to deal with Marc and his one-note, dull-as-dishwater machismo.

You might notice I haven’t gotten around to Moon Knight himself, yet. You know: The titular role? The guy in the white suit who’s on all the promo materials? Looks like what would happen if you mummified Deadpool? That guy?

That’s because the show doesn’t really get around to him a lot, either. Oh, he shows up from time to time, as he’s the avatar of the ancient Egyptian god Khonshu (who also shows up a bunch, mostly to neg on Steven — he’s voiced by F. Murray Abraham). (If you’ve seen Inside Llewyn Davis, it’s fun to imagine the bird-skull-headed mummy god telling Steven/Marc “I don’t see money here,” in their every scene together.)

Both Marc and Steven can become Moon Knight, it turns out — and the show has some fun with their divergent takes on the hero — but Moon Knight is mostly the Steven and Marc show.

That might be the writers deliberately frustrating our expectations again, or it might have more to do with Isaac not wanting to be acting through a facemask in his scenes with Ethan Hawke’s Arthur Harrow, a cult leader doing the dirty work of a rival Egyptian god.

Moon Knight, though a Marvel Universe series, maintains a narrow, almost hermetic focus on the Steven/Marc dynamic in its early episodes. Marvel fans looking for the usual dense network of narrative connections to other properties will have to content themselves with tossed-off asides (“that business in Madripoor”), even though the show’s whole ancient-beings-walk-among-us vibe would seem to invite attention from an Eternal or two.

Something happens at the end of the fourth episode that points to a potential shake-up in the show’s narrative mix between Steven and Marc, which seems promising. In the meantime, however, Moon Knight plays out as an insular psychodrama involving the three characters (Steven/Marc/Moon Knight) played by Isaac, only one of which — Steven, bruv — is clearly defined enough to hold our interest.