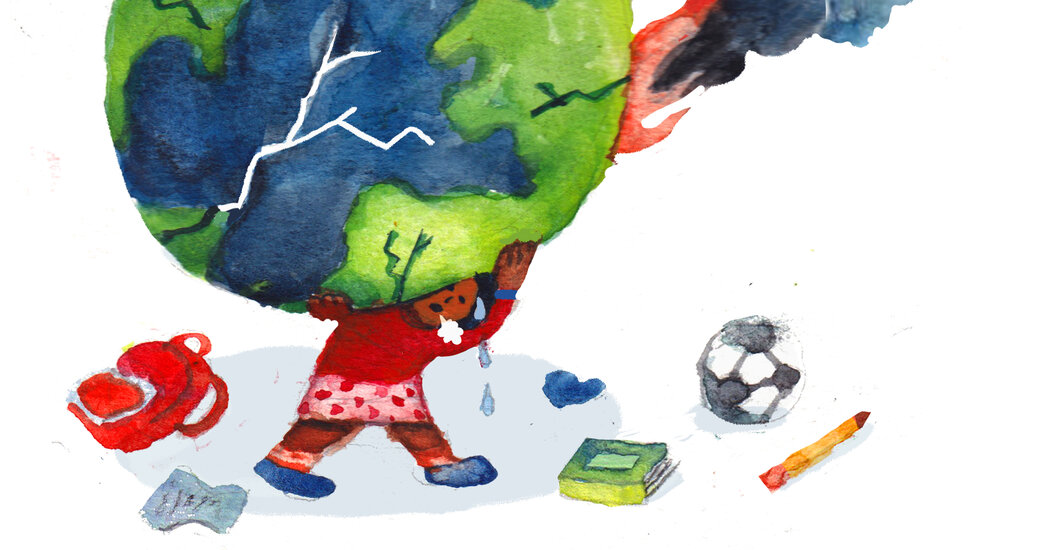 There are many reasons for the disproportionate toll of climate change and air pollution on children’s health. Fetuses, infants and children are uniquely vulnerable because they develop so rapidly and because they lack the defense mechanisms that adults have.

Children breathe more air relative to their body weight than adults, which increases their exposure to air pollutants, and their narrower airways are vulnerable to constriction by air pollutants and allergens. Because children require more nutrients and fluids while they are growing, they are more vulnerable to food and water shortages. Children are more prone than adults to physical injury and psychological trauma from the displacement that frequently follows weather disasters. And they have a long remaining life span during which early illnesses such as asthma or mental health conditions may persist.

While all children are vulnerable, the health burden from these threats is far greater for low-income children and for children of color. In the United States, Black and Hispanic children have disproportionate exposure to air pollution because polluting sources are frequently located in disadvantaged neighborhoods. Discriminatory policies, including redlining, have created urban heat islands in communities of color where there are fewer trees and shaded areas where children live, play and go to school.

The Supreme Court decision will be costly for children and their families, not only in terms of the pain and suffering of children but because caring for a preterm baby or a child with asthma puts a strain on an entire family. The emotional and financial stress of caring for the child can be considerable, and the extra time that is needed to care for the child may make it difficult for the parent to hold down a job. The Supreme Court decision is an especially bitter pill given that we already know the Clean Air Act has delivered health and environmental benefits for all Americans — estimated at $2 trillion as of 2020, exceeding its costs by a factor of 30.

Under the court’s decision, the E.P.A. can still write standards that require power plants to reduce their pollution, but the piecemeal approach will take time. In the meantime, it is critical that the Senate follow the House of Representatives and pass the reconciliation bill containing strong investments in climate and environmental justice solutions. These investments will help hasten the transition from fossil fuels, reducing the threats to children and adults alike from climate change and air pollution. But there is no question that the conservative majority on the court has taken away the most powerful solution to cutting pollution from power plants.

Frederica Perera is a professor at Columbia’s Mailman School of Public Health and the founding director of the Columbia Center for Children’s Environmental Health. Kari Nadeau is a professor in the departments of medicine, pediatrics, otolaryngology and epidemiology and population health at Stanford.

The Times is committed to publishing a diversity of letters to the editor. We’d like to hear what you think about this or any of our articles. Here are some tips. And here’s our email: letters@nytimes.com.

- Advertisement -
This post contains affiliate links. If you use these links to buy something we may earn a commission. Thanks.”
Facebook
Twitter
Pinterest
WhatsApp
Previous articleAjith Kumar takes a walk in Paris, interacts with fans at Eiffel Tower. Watch
Next articleRanbir Kapoor wants to be part of engaging and original stories