BISHOPENTERTAINMENT
Homeworld newsOpinion | The American Flag Belongs to Me, Too, and This Year... 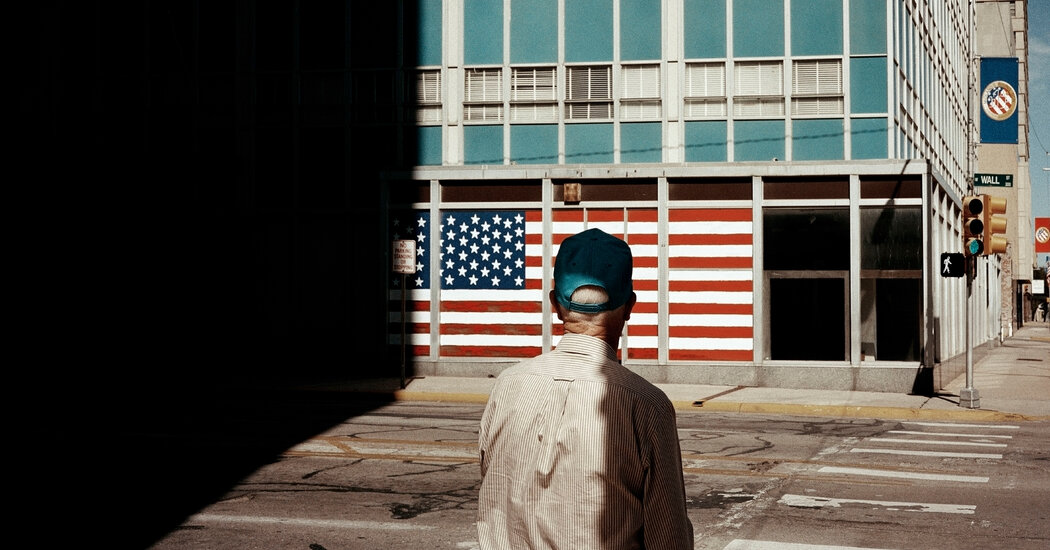 Opinion | The American Flag Belongs to Me, Too, and This Year I’m Taking It Back

NASHVILLE — We bought our house from a military veteran who hauled his flag out on every officially patriotic occasion. It hung from a flag mount embedded in the bark of a maple tree, and during our first years in the house we followed suit, at least on the Fourth of July.

Back then our neighborhood always threw a block party on the Fourth. Children decorated their bicycles and their dogs and careened down the street in what was generously referred to as a parade. Parents vaguely supervised the obligatory games — a three-legged race, an egg toss — but mostly we sat in the shade to chat until it was time for the potluck.

There was never any mention of politics. If I knew a neighbor’s party affiliation, it meant we were friends, and friends in those days granted one another the grace to assume that good will prevailed on both sides. We were all proud to be Americans, even if we didn’t agree about which aspects of our sprawling, messy democracy merited pride.

Traditionally, white Southerners aren’t big on the flag. The Fall of Vicksburg took place on July 4, 1863. A Civil War battle lost by the Confederacy on the anniversary of the founding of the Union meant that many Southerners considered the Fourth of July a Yankee holiday. For decades.

Today the American flag has been co-opted by the very cohort who rejected it so roundly during my childhood. Driving through rural Tennessee last week, I saw an American flag hanging from the bucket of a cherry picker parked on the side of the road. The flag waved above a tent offering fireworks for sale. The flag was even bigger than the tent.

Take a drive through any red state, and you will see American flags flying above truck stops, dangling from construction cranes, stretched across the back windshields of cars, emblazoned on clothing and, of course, waving from front porches — and not just on the Fourth of July. “The sheer volume of American flag paraphernalia that white people seem to own boggles my mind,” tweeted the Times columnist Tressie McMillan Cottom last month. “I assume it just sort of flows to them & they aren’t buying all of it? I’m not sure.”

I’m pretty sure white people are buying this stuff.

But not all of us. Old Glory has become such a strong feature of Trump rallies that many liberals have all but rejected it, unwilling to embrace the symbol of a worldview that we find anathema. “Today, flying the flag from the back of a pickup truck or over a lawn is increasingly seen as a clue, albeit an imperfect one, to a person’s political affiliation in a deeply divided nation,” Sarah Maslin Nir wrote last year in The Times.

My husband and I stopped hanging up our own flag years ago, long before it got usurped by the MAGA crowd. Our old maple tree had simply grown around the flag mount over the years, eventually enfolding it entirely, and we never got around to putting up another.

I’ve had plenty of reason to doubt the viability of the American experiment. I was born during the Vietnam War in the segregated South. I watched the Watergate hearings on television as a child. I saw my government launch an unprovoked ground invasion into another country and conduct covert drone warfare in another. I wept when it locked babies in cages at the border.

The majority of Americans did not want the Court to overturn Roe. They don’t want to be surrounded by guns. They are deeply worried about climate change. With these Supreme Court rulings, the law of the land no longer reflects the will of the people who live here.

I am struggling terribly with this reality. I have staked my entire worldview on the belief that people are mostly good, even when we don’t agree with one another, but I find myself now fighting a raging internal battle not to hate everyone whose decisions, large and small, have led to this political moment.

I try to remind myself that Americans have always had reason to despair, to suspect that the Rev. Dr. Martin Luther King Jr. was overly hopeful when he told us that the arc of the moral universe bends toward justice. And then I remember all the times when this wild, unstoppable, unwarranted hope — hope that motivated millions of people to log numberless hours of painstaking work — managed somehow to yield previously unthinkable triumphs.

In 2015, my family and I were among the crowd of marriage-equality advocates waiting outside the Supreme Court for a ruling in the Obergefell v. Hodges case. (I have written about this experience at greater length here.) The best-case scenario, everyone around us agreed, was a ruling that required states that had banned same-sex marriage to recognize marriages performed in states where it was legal. I will never forget the untrammeled joy that exploded when the ruling went even further, identifying marriage as a constitutional right.

I will also never forget what happened next: The jubilant crowd began to sing the national anthem.

I find myself coming back again and again to that heart-lifting experience, the way it happened only because marriage-equality advocates kept pressing for change despite decades of setbacks, against the constant threat — and often the reality — of violence. I think about the singing, about how in that first flush of profound, unexpected joy, what came to mind was the promise this country still holds.

It should not be so unbearably hard for justice to prevail, and justice finally gained should never again be at risk. But this is the country we live in. The fight for freedom will never be over. And, God help me, I will not be one who gives up. This is my country, too, and I will not surrender it to a vocal minority of undemocratic tyrants.

So this Fourth of July weekend, my husband and I have hung up an American flag again for the first time in years. It’s right next to the front door, and it does not symbolize MAGA lies or MAGA tyranny. We are flying it proudly in honor of our fellow Americans who are fighting for justice of every kind.

But to be very clear about which America we believe in, we have hung a different flag on the other side of the front door, too. When the wind blows the American flag at our house, a rainbow flag will be billowing beside it.