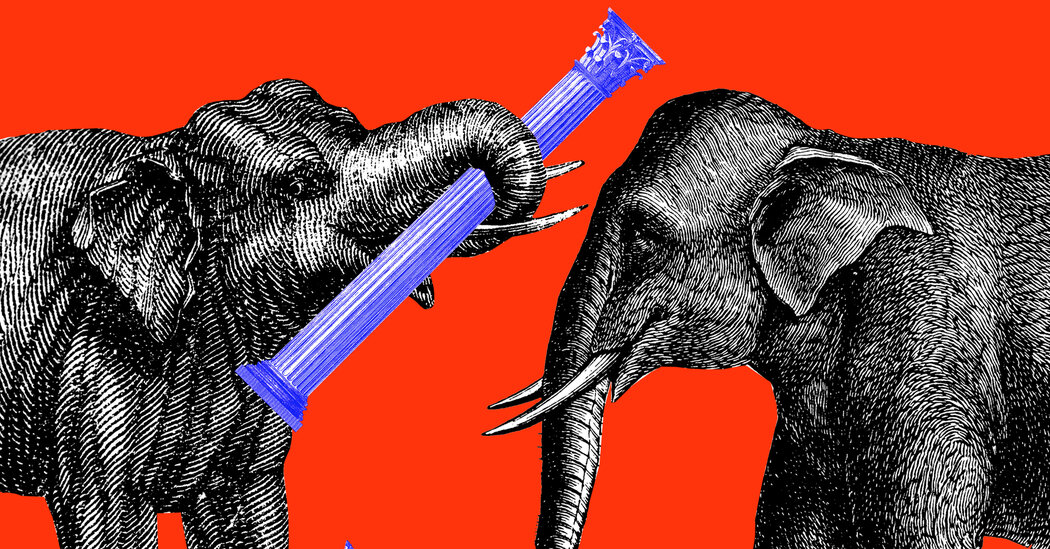 John Marini, the Claremont Institute’s vigorous critic of the administrative state, has called it not merely unconstitutional but anti-constitutional. His preferred solution may be inferred from the fact that he saw the real tragedy of Watergate as having prevented President Richard Nixon from bringing a (reduced) administrative state more fully under his personal control. Adrian Vermeule, a Harvard professor and prominent Catholic integralist, has made common cause with some liberals to argue that the administrative state can be “redeemed” by infusing it with the proper moral spirit. In 2017, Steve Bannon declared that to “deconstruct[ … ] the administrative state” was a top priority for a new populist movement. And in April, J.D. Vance, the Ohio Republican candidate for the Senate, said that in a prospective second Trump administration, the president should “fire every single midlevel bureaucrat, every civil servant in the administrative state, replace them with our people.”

This critique is as much cultural as political or economic. It argues that precisely because it is staffed with technocratic professionals, the administrative state derives its legitimacy from the credentials of that class and a pretension to rational analysis. The bureaucracy’s own interests and the ideological orientation of its staff will increasingly bring it into conflict with the people whose lives and livelihoods it regulates. Meanwhile, the administrative state will tend to view democratic accountability itself as an intrusion on its own prerogatives.

To solve this problem, as these critics see it, it isn’t enough to clip the administrative state’s wings or even to overthrow it, because the same phenomenon is manifested in large corporations, the media, academia — any large institution that values educational credentials. So populists like Mr. Bannon and Mr. Vance seek to restaff the administrative state with politically friendly people who can be relied on to turn its regulatory powers on those same organizations. It’s a culture-war twist on the progressive goal of using centralized government power to check concentrated private interests.

This is where the two visions from the right could come into sharp conflict. Would a conservative Supreme Court rebuke a conservative administration if it acts outside the bounds of what the court sees as legitimate? It’s not clear.